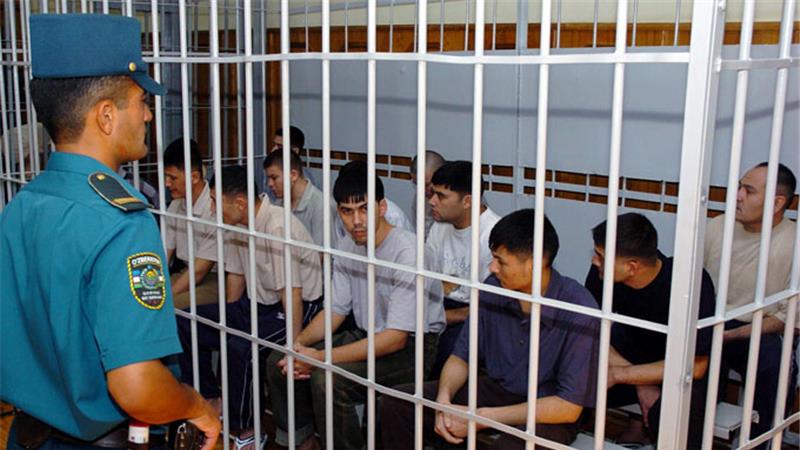 On June 12, Radio Liberty news agency announced: “The US Department of State has published an annual report on the state of religious freedom in the world. Analyzing the situation in Kazakhstan, the authors of the report note that the country continues to restrict the rights of religious groups classified by the authorities as “non-traditional”. 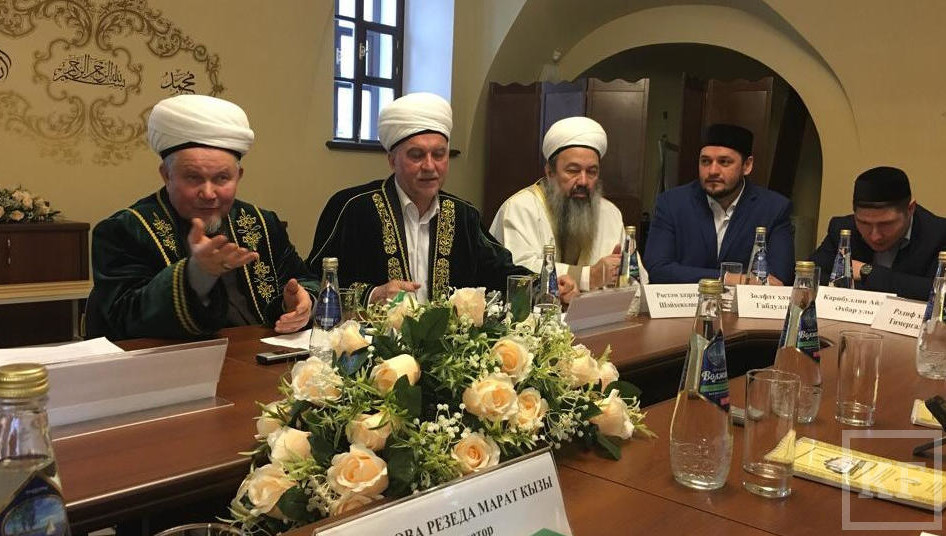 On the 6th of June 2020, one more article was published on the popular Tatarstan portal “Business Online” by the former deputy of head of the Muslim Board of the Republic of Tatarstan Rustam Batrov entitled “Rustam Batyr: “It is important to understand that the muftiate is in fact the Caliphate”. On May 6, Radio Liberty news agency reported: “On the border of the Batken district (Kyrgyzstan) and the Sokh enclave (Uzbekistan), a dispute over a pasture occurred, as a result of which the Kyrgyz border guards fired warning shots into the air. As it turned out, the incident occurred on May 1, but it became […] 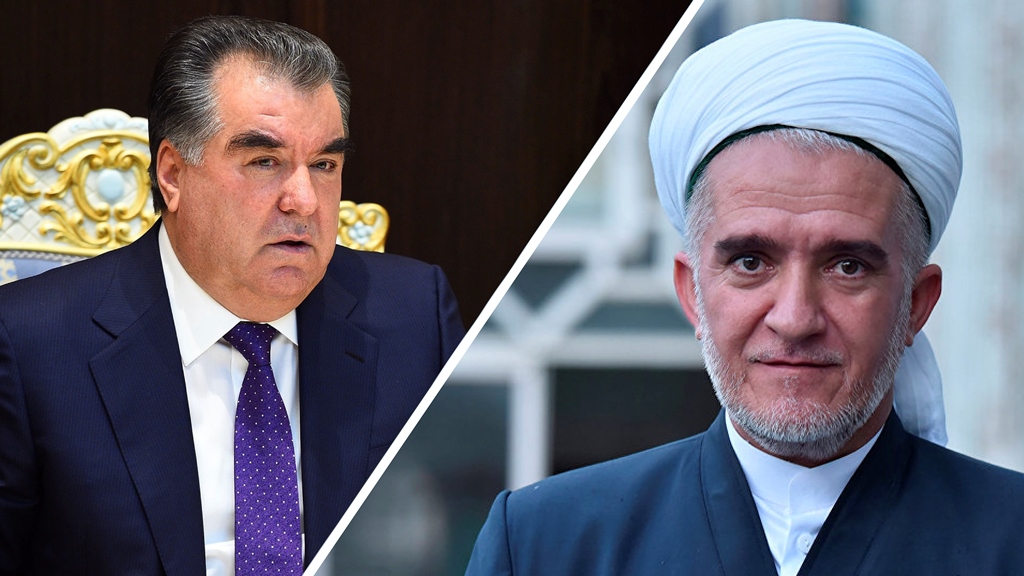 The president of Tajikistan, Emomali Rahmon, once again proposed to postpone fasting for a number of professions, as well as farmers and agrarians, while appealing to fictional fatwas. The corresponding appeal was published on his official website before the start of Ramadan. “Many Islamic scholars argue that for farmers, livestock breeders and hard workers starving […] On April 17, Radio Liberty news agency reported on its Internet resource, “Rustami Emomali, a chairman of Dushanbe and the eldest son of the president of Tajikistan, was elected speaker of the Majlisi Milli, upper house of parliament, and de jure became officially the second person after the head of the state. 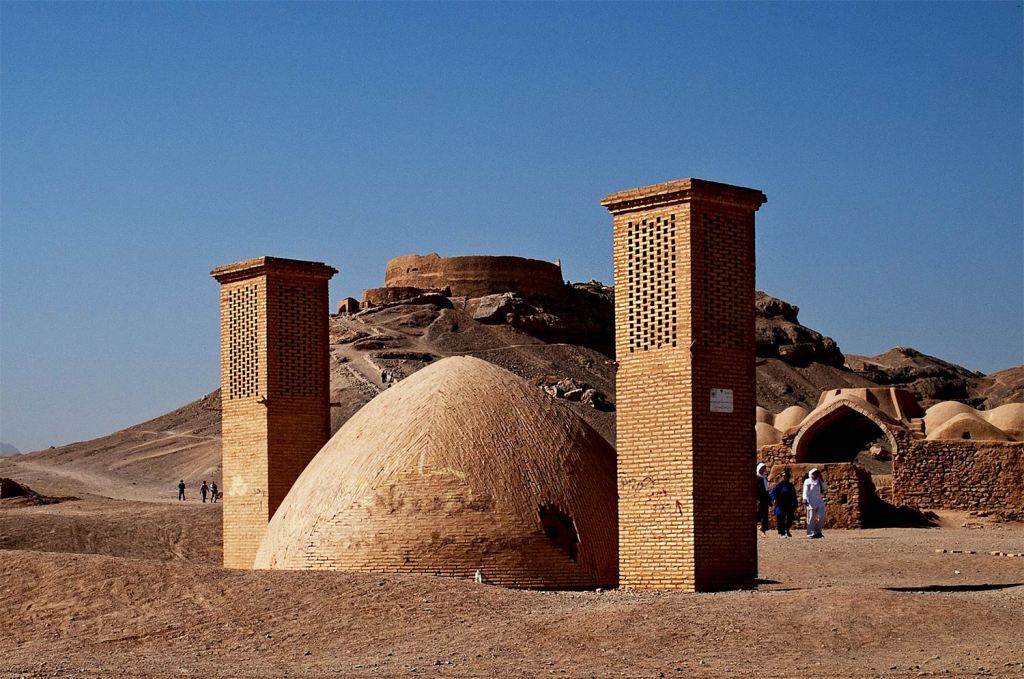 In February of this year, the Tajik authorities announced the introduction of the celebration of a new holiday, the Zoroastrian rain festival – “Tirgona”. This was reported by Asia Plus with reference to the chairman of the Academy of Sciences of Tajikistan Farhod Rakhimi. 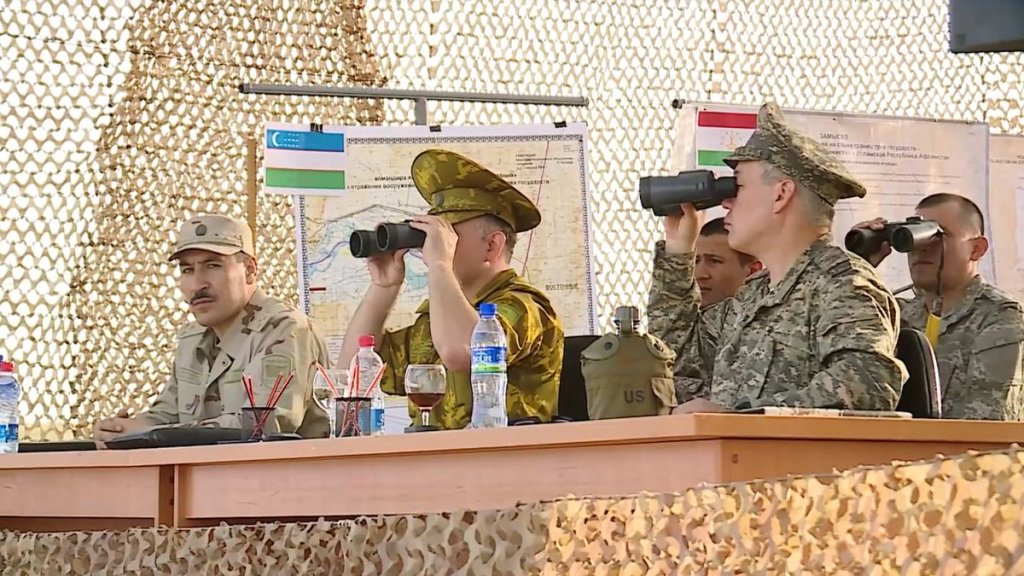 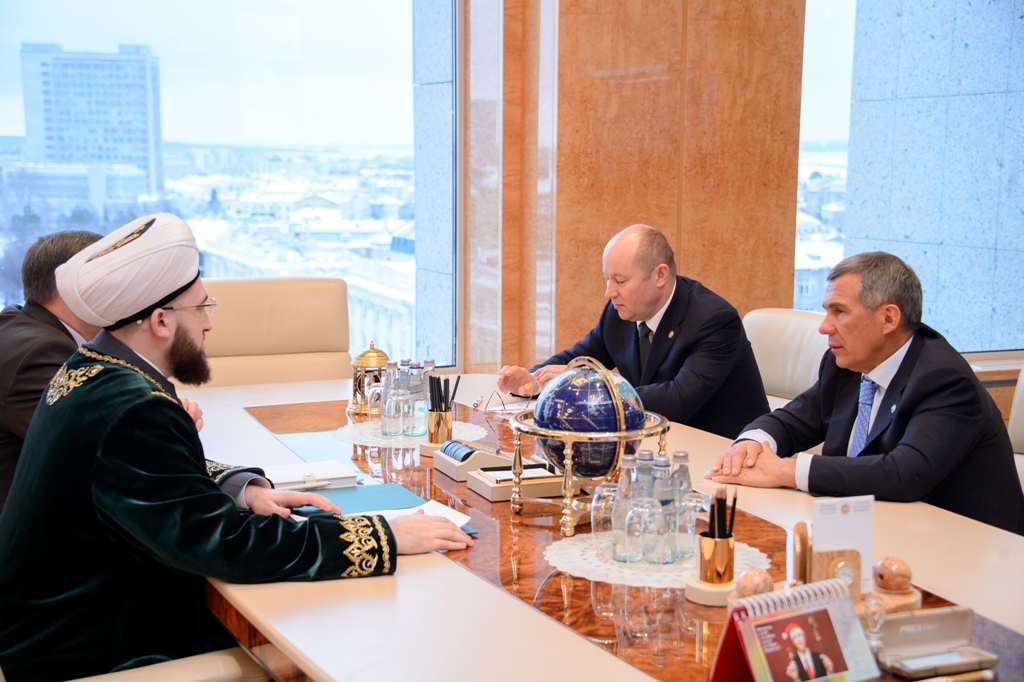 Mufti of Tatarstan Kamil Samigullin stated that he did not speak out against the amendment to the Russian Constitution containing the concept of “state-forming people”, but only expressed doubt about its wording, the Tatarstan Spiritual Administration of Muslims (SAM) reported. Starting from March 4, all mosques in the capital of Tajikistan, Dushanbe, will be closed for collective prayers, only janaza prayer is allowed. This decision was made on the 3rd of March at a meeting of the Council of Ulema of the country in connection with the danger of a coronavirus epidemic, the proper appeal […] 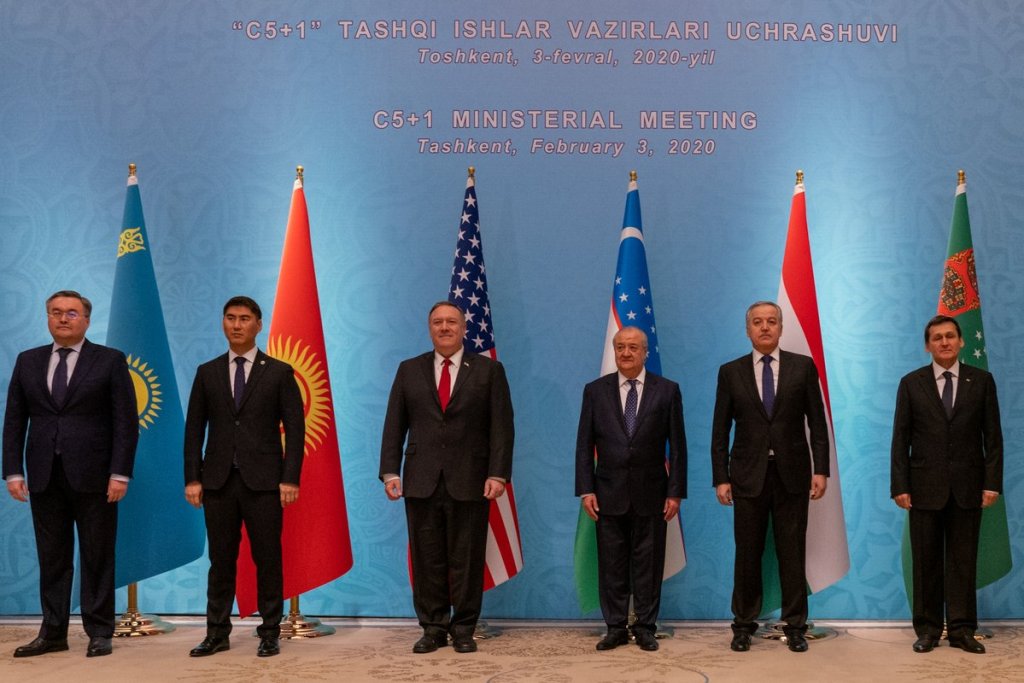 On February 3, a meeting was held between the Central Asian Foreign Ministry and US Secretary of State M. Pompeo in the framework of the “C5 + 1” format meetings. On its web page the Ministry of Foreign Affairs of Uzbekistan published a joint statement of the ministerial meeting “C5 + 1”. In particular, the […]

US Secretary of State Mike Pompeo held a meeting in Tashkent on 3/2/2020 with the foreign ministers of Central Asian countries. Prior to the official meeting of the P5 + 1, he met the President of Ukraine, Belarus, Kazakhstan and Uzbekistan and urged them to prevent China from expanding into East Turkestan and the countries […] 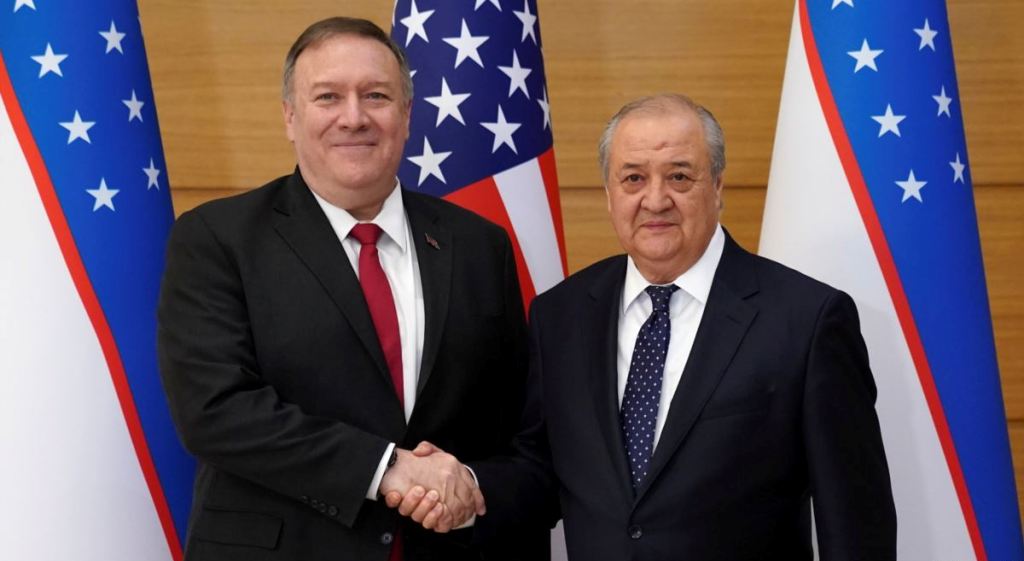 US Department of State published the new Central Asia Strategy. The document was published on the department’s website. The strategy was presented to the region’s foreign ministers during a visit to Tashkent by US Secretary of State Mike Pompeo. According to the document, cooperation with Central Asia in the fight against terrorism and extremism will […] 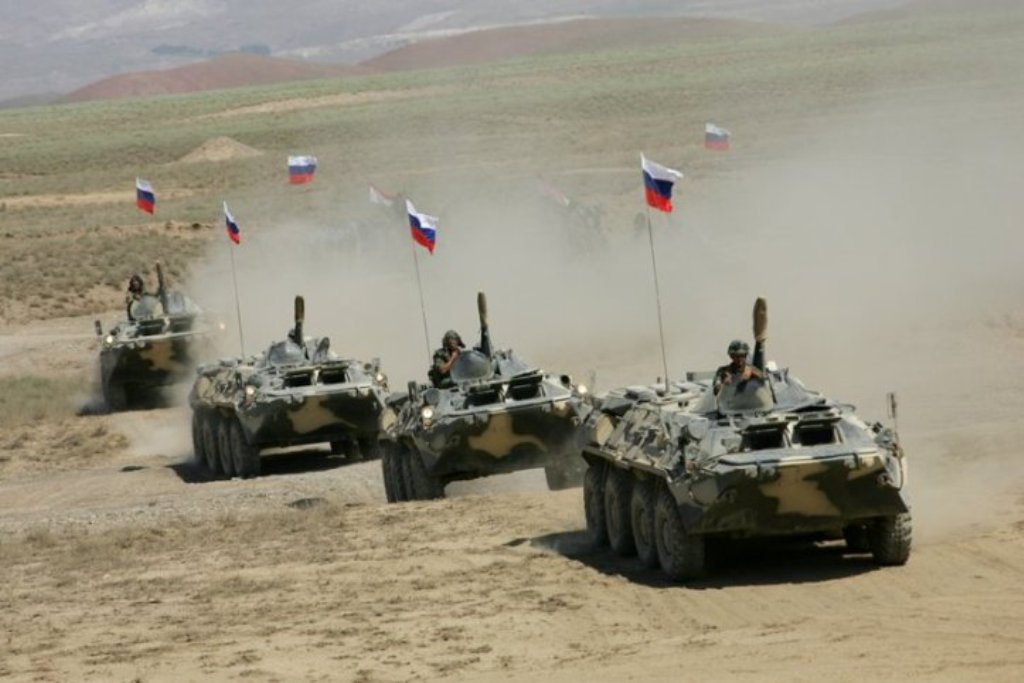 Against the backdrop of the ongoing demographic crisis in Russia, the Kremlin is actively expanding Russian culture in Central Asia, investing huge amounts of money in this and using its influence on the regimes in the region. For example, on January 15, 2020, the Lower House of the Tajik parliament ratified an agreement between the […] On December 22, news agency Radio Liberty reported: “The Central Election Commission of Uzbekistan said that the parliamentary elections held in the country took place, according to the election commission, the voter turnout was 42.3%. The necessary threshold for the recognition of elections is 33% of voters. On the 2nd of January 2020, Emomali Rakhmon signed a series of laws adopted by the Majlisi Namoyandagon (Lower House) and supported by the Majlisi milli (Upper House). Among these laws is the law “On Countering Extremism.” It is reported also that the new law was developed by the General Prosecutor of Tajikistan in pursuance […] On November 21, the website of the President of the Kyrgyz Republic “president.kg” published a speech by President Sooronbai Zheenbekov at the international conference, which was held in Bishkek, “Orthodox Christianity and Islam – the religions of the peace”. In particular, the President said: “… we all observe the mass involvement of youth in religion […] In the mosques of the city of Namangan, this week they stopped calling for prayer from the speakers, Namangan activist Abbas Asad reports. A representative of the Spiritual Administration of Muslims of Uzbekistan, on condition of anonymity, told reporters that the DUMU recommended that mosques not use loudspeakers. Also, an anonymous source of Ozodlik in […] On the night of November 6, an incident with victims occurred at a border post 60 kilometers from the capital of Tajikistan. According to the version voiced by the State Committee for National Security (SCNS) of Tajikistan, 20 masked armed men attacked the Ishkobod border outpost on the border with Uzbekistan, arriving at it in […] On the 1st of October 2019 a concert of Russian singer Polina Gagarina took place in the Humo Ice Palace in Tashkent. Uzbek people were outraged not only by the concert itself, but also by the drunken feast arranged after the concert with the participation of President Mirziyayevs’ daughters and sons-in-laws who occupy high positions […] Since 1 September 2019, in Tajikistan new electricity tariffs, which were adopted by the government in June 22, 2019 entered into force. From now on, residents of the country have to pay 17% more for electricity, 22.66 Dirams instead of 19.37 Dirams per 1 kilowatt. For industrial and non-industrial consumers, the new tariff is 55.14 […]

On August 12, Radio Liberty, citing the Foreign Ministry of Uzbekistan, reported: “On August 8, a meeting was held at the Ministry of Foreign Affairs of Uzbekistan with representatives of the political office of the Taliban in Doha, headed by its leader Mullah Barodar Akhund. In the village of Zhany-Pakhta, Sokuluk district in the Chui region of Kyrgyzstan, schoolgirls in hijab were not allowed to enter the school. This was reported by AKIpress news agency with reference to the girls’ brother. The Ministry of Education and Science replied on the request from journalists to comment the situation that, according to […] On August 13th 2019 in the airport of Odessa city (Ukraine), Mahmud AbdulMomin (Mahmud Khaldarov) was detained by Interpol’s request from Kyrgyzstan. On August 19th the Ukrainian court judged to apply restraint in the form of temporary arrest for 40 days. (Source: khpg.org ) Comment: Mahmud AbdulMomin (Mahmud Khaldarov) is a famous Islamic dawah carrier […] On 02.08.2019, the president of Uzbekistan Mirziyayev signed an order to liquidate the notorious colony “Zhaslyk”, which is located in Karakalpakstan. “This truly historic decision was made with the aim of increasing the effectiveness of the correction of prisoners, respecting individuals and society, as well as promoting a positive image of the country in the […] Conflicts in the border area between Kyrgyzstan and Tajikistan are always repeated. On 22 July, there was a sad incident in which five people from Kyrgyzstan and seven people from Tajikistan were injured, and one man died. The incident was reported in the official media as follows: Tajikistan’s President Imam Ali Rahman was expected to […] On 3-4 July, Bishkek hosted a seminar on “Issues of Extremism in Central Asia”. In February of this year, “the role of the press in promoting public policy in the religious sphere” was discussed in Bishkek. In March, a meeting was held in Bishkek at the initiative of the Religious Committee of Kyrgyzstan with the […]