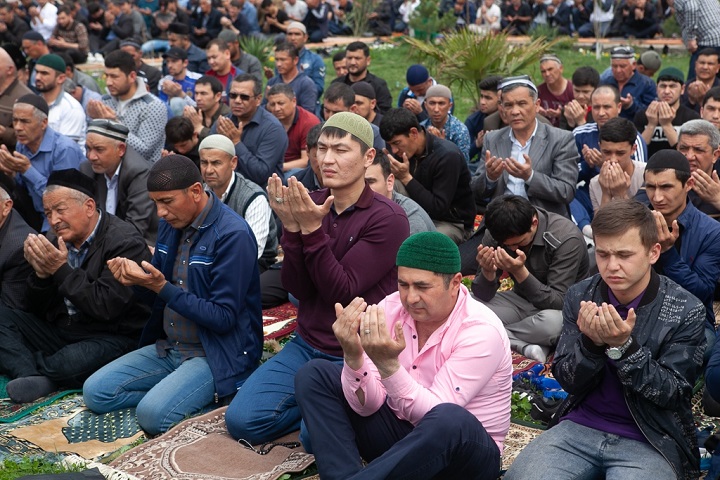 On 25/1/2022, Radio Liberty broadcasted in its program: “Religion and Society” the question: “Has the number of those who dream of an Islamic state increased in Uzbekistan?” During the interview, the radio channel sought the official position of the Adviser to the President of Uzbekistan on dealing with public and religious organizations, Shazim Minovarov, regarding “those who dream of an Islamic state governed by Shariah.” This was reported on January 24th by rost24.uz.

In the chancellor’s brief statement, he said nothing about the great numbers of those who dream of an Islamic state. But Minovarov’s statement ended with the phrase: “Let’s maintain peace in our country!” During the program, the reporter addressed his guest, saying: Has the number and type of those who dream of an Islamic state reached a level that threatens peace in the country? The interview was conducted on the topic of “Religion and Society” by the correspondent of Radio Liberty, Sarwar Osman, with political scientist Kamaluddin Rabimov. At the core of this interview, too, was tacit recognition that the increasing number of people who dream of an Islamic State is a factor threatening peace.

When a Muslim in Central Asia, especially in Uzbekistan, says: “A satisfactory solution to problems can only be achieved through the implementation of Shariah,” we immediately hear from the officials the following answer: “Don’t you see the situation in Afghanistan, Syria and Iraq? Do you really want to replace destruction and ruins with our peace and prosperity?!” Because the West, which embodies all kinds of injustice, oppression, violence and immorality, constantly promotes that the Islamic state, which is the basis of purity, honesty, justice, security and all that is good, as the source of backwardness, destruction and a threat to peace! As an example of this, is that they point to the devastated countries and cities and the torn corpses of young and old who were brutally bombarded by their armies.

They refer to the Muslims themselves as the cause of this destruction, while our children’s tears in Iraq, Syria and Afghanistan have not yet dried from the massacres and American terrorism, and the mothers’ cries intensify due to the slaughtering and massacres of the Russians, and the rivers of blood flowing from the usurper Jewish entity, and the moaning of the Uyghur Muslims as a result of the massacres of Chinese atheists, and the list goes on. Those colonial killers and their tyrant followers who perpetrate these massacres and savage atrocities, shout and wail that this is the result of living according to Shariah! Are they not the true killers and enemies of peace?!

Aren’t they the ones who created this destruction?! Isn’t America and Russia test weapons of mass destruction in Islamic countries and compete with each other in this?! Are they not the killers of the Kazakhs who led the massacre of the Uzbeks?! Without a doubt, the killers of the century, the terrorists and the rioters are these colonizers and the agent tyrants themselves.

Tyrants are afraid of even dreaming of an Islamic state, and this is normal; because when it is established, the time of these wrongdoers will end.

The sons of the Ummah who call for glory and honour do not in any way pose a threat to peace. Rather, their dream of returning to Islamic Shariah law is the same as wishing for a bright life for the world and for all humanity. We who are dreaming of the Islamic Shariah, draw your attention to look at the life of the Messenger (saw) and not to the countries destroyed by these colonial killers. And we say, look at the justice of Omar, and we say look at the time of Harun al-Rashid, Salah Al-Din and Omar bin Abdul Aziz. We call you to look at the Qur’an and the Sunnah and not at the laws established by these colonizers.

“Indeed, those who disbelieve spend their wealth to avert [people] from the way of Allah. So they will spend it; then it will be for them a [source of] regret; then they will be overcome. And those who have disbelieved – unto Hell they will be gathered” [Al-Anfal: 36].