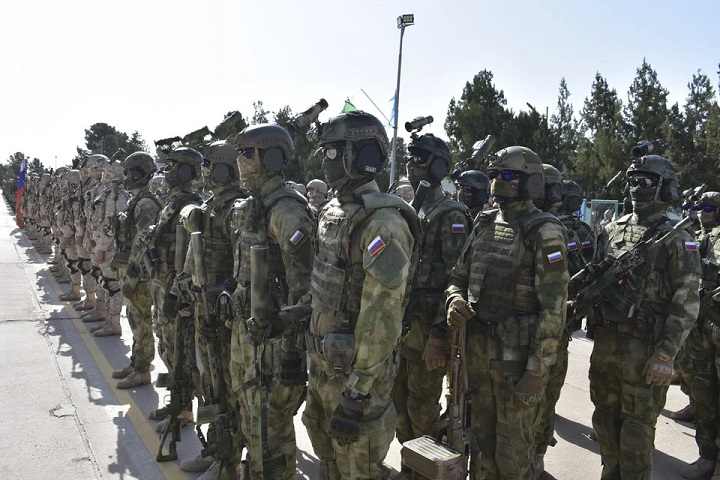 On 31/07/2021, KUN.UZ website published the news: Soldiers of the Central Military District of the Russian Armed Forces arrived in Uzbekistan to participate in the Uzbek-Russian joint exercises at the Termez training ground in Surkhan Darya. This was announced by the Uzbek Ministry of Defense, and these exercises will be held from July 30 to August 10 where about 1,500 soldiers from the Russian and Uzbek armed forces will participate. These exercises are taking place as the situation in Afghanistan deteriorates due to escalating tensions between government forces and Taliban fighters. It is worth noting that Russian soldiers also participated in exercises near the Tajik-Afghan border.

Russia, which sees itself as heir to the former Soviet Union, views the countries of Central Asia as its backyard. Therefore, it opposes the penetration of other colonial powers, especially America, in this “yard”. Russia opposes the deployment of US military bases in Central Asia, especially in Uzbekistan and Tajikistan, after the withdrawal of US forces from Afghanistan. This can be understood from the words of the Director of the Russian Foreign Intelligence Service, Sergey Naryshkin, who said: “Russia hopes that the neighboring countries of Afghanistan will refuse to deploy US bases in the region.” Russia is well aware that America aims to get out the front door in Afghanistan and back again through the back door with the help of its clients in Turkey and Pakistan. For example, the joint military exercises between Turkey and Uzbekistan that were conducted in the same training field from March 23 – 27 of 2021 are one of the steps towards this goal. Moscow refuses to keep Turkish forces in Afghanistan after the withdrawal of US and NATO forces from it.

Central Asia is also important to America; that is why America does not want to leave this region to Russia alone. This is what America announced – for example – even during former US President Clinton’s term. This was confirmed by Strobe Talbott, former Deputy Secretary of State, saying: “This region contains oil reserves of 233 billion barrels, and is considered from the point of view of American interests a very vital region. That is why the energy reserves of the twenty-first century cannot be left under Russian control!” Of course, Russia cannot compete with America politically or economically, because it is not the Soviet Union, which had its ideology and its enormous economic and military capabilities, but with that, Russia is trying not to lose the prey completely.

Another factor that frightens Russia more than the penetration of American influence is the increase of the Islamic awakening in this region. Russia is well aware that Hizb ut Tahrir is also operating in Afghanistan, which can direct the Taliban in the right direction and the Khilafah (Caliphate) state will be established in Afghanistan! Therefore, Russian military operations in Central Asia should be viewed in this light as well.

“O believers! Respond to Allah and His Messenger when he calls you to that which gives you life. And know that Allah stands between a person and their heart, and that to Him you will all be gathered.” [TMQ: 8:24]