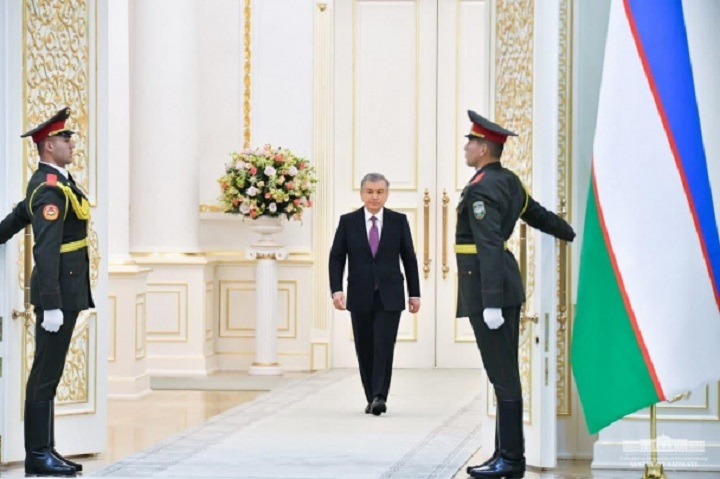 In his New Year’s greetings to the people of Uzbekistan, President Shavkat Mirziyoyev proposed declaring 2022 the year of “Ensuring Human Interests and Mahalla Development”.

This was reported by the press service of the head of state. Mirziyoyev said: “To give a name to the New Year, we have studied the views of the public and based on these proposals I propose to declare 2022 in our country the year of “Ensuring Human Interests and Mahalla Development”. Respect for human dignity means guaranteeing the rights, freedoms and legitimate interests of every person living in our country. And the Mahalla (neighborhood) that forms the basis of our society plays a major role in this matter. If the Mahalla is peaceful, there will be peace in the country…”

It is known that one of the most dangerous methods of invasion used by the colonialists is the method of disinformation. An example of that is the deceptively attractive slogans such as “reform”, “change” and “development”. Mirziyoyev, who replaced the tyrant Karimov after his death, continues to use this method. He also, at the beginning of each new year, names the year and gives promises in sacks (empty promises). He called the year 2022, “the year of “Ensuring Human Interests and Mahalla Development.” So, does this boisterous slogan correspond to real life in Uzbekistan?

Obviously, any sane person who has sight would answer “No.” Because it is well known at what level is human dignity now under the conditions of the kufr system, under the conditions of capitalism in Uzbekistan. A simple example of this is the fact that people are freezing cold this winter due to the lack of gas and electricity! If people protest against this injustice, they are threatened by the security forces. There are many other examples that show that human dignity is not worth even a penny under this kufr system. And yet Mirziyoyev was not ashamed to say: “We will mobilize all our strength and capabilities so that the life of our people becomes more prosperous and meaningful!” As if the people of Uzbekistan live a prosperous life in the first place!!

In fact, not only will the dignity of a Muslim be glorified, but the dignity of any human being will also be glorified under Islam, which is a mercy to the worlds. If we look at the history of Islam, we will witness that the dignity of the dhimmis, the Jews and the Christians, was protected by the state just like the Muslims. In the days when Muslims adhered to Islam, they were the best nation brought out to mankind. The rightly guided Caliph Omar (ra), said: “We are a people whom Allah has honoured with Islam, if we seek honour in other than it, Allah will humiliate us.” The difficult circumstances of the Muslim peoples, including the Uzbek people, confirm the sincerity of the words of our master Omar (ra).

Therefore, unless the system of kufr that is imposed by the colonial kuffar and their puppet rulers, their servants, is overthrown, and unless the system of Islam implemented by the rightly-guided Khilafah (Caliphate) State is established, man will not have dignity, and this humiliation will continue. Therefore, if Muslims want to live with dignity, they should not be deceived by the rulers’ tricks, nor should they dance to the pipes of the unjust rulers, nor fight their Muslim brothers. But rather they should extend a helping hand to their sons and brothers in Hizb ut Tahrir to establish the Khilafah Rashidah (rightly-guided Caliphate) state, so they will return as the best nation brought out to humankind! Only then will human beings truly be honoured.

“And to Allah belongs [all] honour, and to His Messenger, and to the believers, but the hypocrites do not know” [Al-Munafiqn: 8].