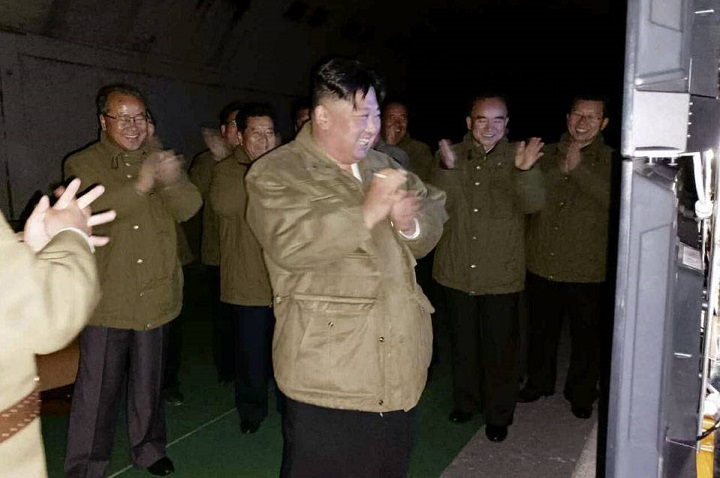 Secretary of State Antony Blinken said at a joint press conference with the Canadian Foreign Minister that the attacks on the Nord Stream natural gas pipelines that connect Russia to Germany offer a “tremendous opportunity” to end Europe’s dependency on Russian energy. Over the years, the US worked hard to oppose Nord Stream 2 by imposing sanctions but failed to stop its construction. The project was paused by Germany on February 22 after Russian President Vladimir Putin ordered troops into the Donbas, an order that preceded the February 24 invasion. The US has rejected the claim that it was behind the Nord Stream attack, and Western media is hinting that Russia was responsible even though the pipelines are mainly owned by Gazprom, Russia’s state gas company. The US for long opposed the Nord Stream pipelines as it makes Europe dependent on Russian gas and with comments such as Anthony Blinken’s. it would seem the finger clearly points at the US for sabotaging the pipeline.

North Korea launched an intermediate-range ballistic missile that flew 2,850 miles, with speeds topping out at roughly Mach 17 over Japan’s northern region. The missile landed in the Pacific Ocean after flying for roughly 22 minutes. As a result of the test, Japanese authorities issued a shelter-in-place warning to the island of Hokkaido. Experts believe the missile was a Hwasong-12, the same missile type that flew over Japan in 2017. U.S. President Joe Biden and the Japanese Prime Minister spoke by phone and condemned the test in the “strongest terms,” calling it a danger to the Japanese people, and Biden reinforced the “ironclad” U.S. commitment to the defence of Japan.

The tests by North Korea come as joint drills were taking place by the US, South Korea and Japan, and as and the US Vice President visited the fortified border between the Koreas.

North Korea accuses the United States and its allies of threatening it with exercises and defence build-ups.

Iran’s supreme leader Ayatollah Ali Khamenei responded to the biggest protests in Iran in years, breaking weeks of silence to condemn what he called “rioting” and accuse the US and Israel of planning the protests.

Speaking to a cadre of police students in Tehran, Khamenei said he was “deeply heartbroken” by the death of 22-year-old Mahsa Amini in police custody, calling it a “tragic incident.” However, he lambasted the protests as a foreign plot to destabilize Iran, echoing authorities’ previous comments.

This rioting was planned,” he said. “These riots and insecurities were designed by America and the Zionist regime, and their employees.”

Iran’s latest protest movement has produced some of the nation’s most widespread unrest in years, emerged as a response to Amini’s death. It has since grown into an open challenge to the Iranian leadership.

The demonstrations have tapped a deep well of grievances in Iran, including the country’s political repression and ailing economy. The unrest has continued in Tehran and far-flung provinces even as authorities have disrupted internet access and blocked social media apps.