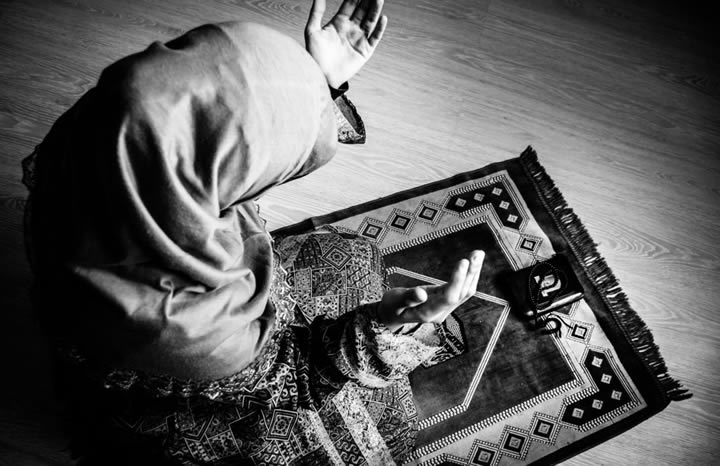 Verily, Allah, glory be to Him, is the First and the Last, and Glorified is His Majesty, the One who has the best of bounties, the One who bestows His creation with endless blessings. His kindness to all of His creation has preceded them, for He is Ar-Rahman (the Most Gracious), then He singled out the people of His obedience, for He is Ar-Raheem (the Most Merciful). He (swt) said:

“Then, He forgave them (accepted their repentance), that they might beg for His pardon [repent (unto Him)]” [At-Tawba: 118] and He (swt) said:

His love preceded His creation and surrounded them with kindness in His decree. Praise be to Him as it should be for His Majesty and Great Authority.

The insightful person who observes Allah’s (swt) creation of us, and how He (swt) disposes our affairs from all angles, with care and kindness, to the extent that the creature’s heart melts in love for the Most Loving Creator. What kindness is greater than that Allah (swt) creates you after nothingness, then gives you the mind with which He raised you from the rest of His creation. Then, lest you go astray, He sent the messengers to you, but made your mind the instrument of His knowledge, and He did not leave the matter to just the messengers to inform you, but rather, all His verses addressed your mind to guide you, and He sent you the best of His creations to take your heart to Him (swt), and He prescribed for you from the legislations that contain complete mercy, fairness, love and honour.

How much more kindness above this does a woman receive other than being a Muslim? A position that makes her the queen of the house, and the man is held accountable for her, so his stewardship over her is a great responsibility, and not an honourable grant or preference. To the extent, that the status of the man is linked in accordance to his treatment to his wife as the Messenger of Allah (saw) says: «خَيْرُكُمْ خَيْرُكُمْ لِأَهْلِهِ»“The best of you are those who are the best to their wives” and the best of the man’s money is the one spent on his wife, and his connection with her and being kind to her is a reason for Allah to connect to the servant and numerous other things that cannot fit here. What greater kindness is there, O Muslim woman?

Allah the Almighty, who surrounded us with all this care, and mentioned its details in the story of a prophet for one woman,

“that she might cool her eyes and she should not grieve” [Al-Qasas: 13], didn‘t create us in vain and without purpose; because Allah (swt), May He be glorified, has detailed in His Book, that He only created us to test us! Yes, He created us to test us, then His kindness preceded us, and Allah, glory be to Him, when He created Adam, the angels said to Him:

“Will You place therein those who will make mischief therein and shed blood”. Then He glory be to Him replied:

So O Muslim man and O Muslim woman, have confidence in the only One with Ihsan (excellence in treatment), and do not betray it.

Allah (swt) created death and life to see which one of us is best in deeds. Allah (swt) tells us:

“And He it is Who has created the heavens and the earth in six Days and His Throne was on the water, that He might try you, which of you is the best in deeds” [Hud: 7].

And He (swt) said in Surah Al-Kahf:

“Verily! We have made that which is on earth as an adornment for it, in order that We may test them (mankind) as to which of them are best in deeds.”

And in Surah Al-Mulk:

“Who has created death and life that He may test you which of you is best in deed. And He is the All-Mighty, the Oft-Forgiving”

And in the hadith of the Ameer ul Mu‘mineen (Commander of the Faithful) Umar (ra) that Imam Muslim reported in his Sahih that the Messenger of Allah (saw) said when Gabriel, peace be upon him, asked him about Ihsaan: «أَنْ تَعْبُدَ اللَّهَ كَأَنَّكَ تَرَاهُ فَإِنْ لَمْ تَكُنْ تَرَاهُ فَإِنَّهُ يَرَاكَ»“It is to worship Allah as if you are seeing Him; and although you do not see Him, He sees you.”

“Neither you (O Muhammad صلى الله عليه وسلم) do any deed nor recite any portion of the Qur’an, – nor you (mankind) do any deed (good or evil) but We are Witness thereof, when you are doing it. And nothing is hidden from your Lord (so much as) the weight of an atom (or small ant) on the earth or in the heaven. Not what is less than that or what is greater than that but is (written) in a Clear Record.” [Yunus: 61]

And if worship is obligatory outside Ramadan, then it is even more obligatory in Ramadan, even the Nafilah (recommended actions) becomes in place of an obligation to draw closer to Allah, to whom if you approach a span, He draws to you a cubit and Allah (swt) continues to guide the believer and forgive him until he draws nearer to Allah with what He (swt) loves.

O female servant of Allah (swt), the one whom Allah treated with kindness from the time of your creation to this day and continues to bestow you with kindness and mercy: is there any reward for goodness other than goodness?

Allah, glory be to Him, from the perfection of His Benevolence, He commands us to obey Him, He guides us to Him, and He inspires us, how to draw close to Him, then He accepts the good deed, multiplying it, and rewarding goodness for good.

Here are some questions that will, Allah willing, help you determine the position of your feet. Are they in the footsteps of the Messenger of Allah – who commanded women in the prophetic farewell Hajj (Hajjatul Wida), or would you deviate from that, Allah forbid?

Is Allah Almighty dearer to you and His Messenger than others?

Do you abide by the commands of Allah even if it goes against your whims and desires, so that your clothes will be as He pleases and your heart loyal to Him, and your life is based on His pleasures, so that you do not make this world your greatest concern nor the limit of your knowledge?

Are you someone who competes with others in the goods of this world seeking to acquire them and spends her money and most of her time searching for this object, oblivious to building her home in the Hereafter?

Do you acquire any part from the Book of Allah in memorising, pondering, reading, learning and teaching?

Did you spend your time with female neighbours and female relatives in backbiting and gossip, or were you a beacon of guidance and your gatherings were of sessions of remembrance of Allah attended by the angels?

Do you venerate the rituals of Allah, do not take it lightly, and do not belittle a sin, such as full plucking of eyebrows (an-nams) or mocking and delving into people’s honours, as is the custom of some women?

Do you abide by His command and ask for forgiveness from Him if you make a mistake? Do you accept advice and guidance without arrogance and insistence and taking pride in the sin?

Did you take the covenant to be one of those who support the religion of Allah, so you had a share in learning the Islamic knowledge and calling for the religion of Allah and its ruling on earth, or did you neglect this great obligation and your tongue is uttering, “Raising my children is far better.”

Have you really made raising your children a project in which you will invest for the Hereafter, so that you will treat them as a blessing that Allah has bestowed upon you, and you will meet Him on the Day of Resurrection and say to him: O Lord, this is your blessing that I have done my best in raising them, that I have given my pledge to show care and kindness towards them until they were your good servants who were spreading goodness?

Were you helping your husband to obey Allah (swt) and were you a solid pillar in establishing a righteous family beneficial to the Muslims, or were you preoccupied in forming yourself and taking with you the sparkle of deceptive feminist slogans of independence, equality of men, and proving yourself?

These are examples. We ask Allah (swt) to help us to do good in our work and to perfect our role as Muslim women who have a function in this world, so we will be one of those who have followed the words of our Messenger (saw): «إِنَّ اللَّهَ يُحِبُّ إِذَا عَمِلَ أَحَدُكُمْ عَمَلاً أَنْ يُتْقِنَهُ»“Allah loves someone who when works, he performs it in perfect manner.”

The time has come for every loyal person to work hard and offer what they can.

We ask Allah to pardon our shortcomings and to assist us to do what is required of us.