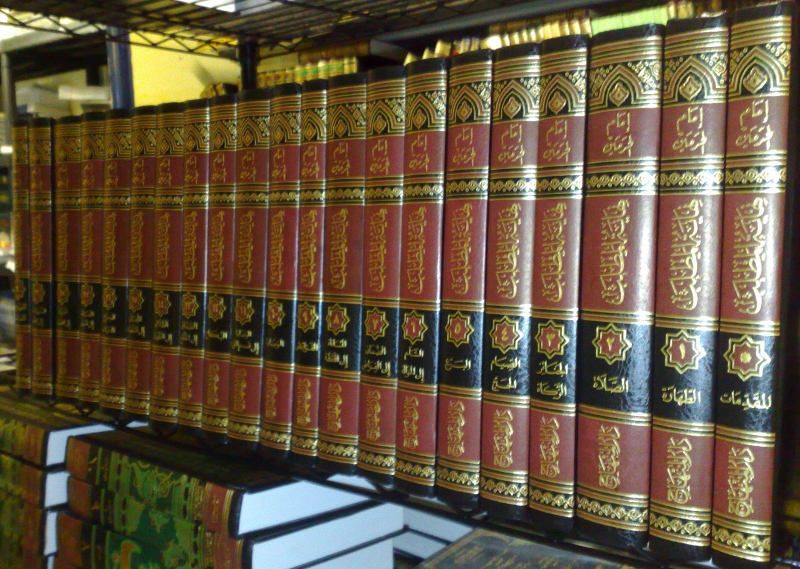 Question: Bismillahi Ar-Rahman Ar-Raheem, My question to our Sheikh; in the book of The Islamic Personality Vol. III, page 301 (Arabic edition) third line it states: The second: As for the branches, the failure to follow them is considered disobedience (fisq), and so it is not called guidance. I was told that the word “misguidance” […] 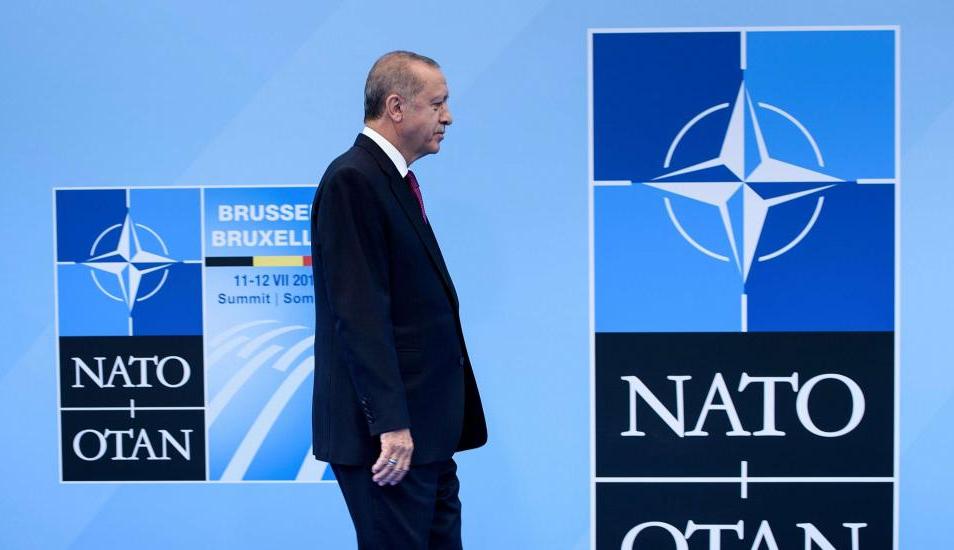 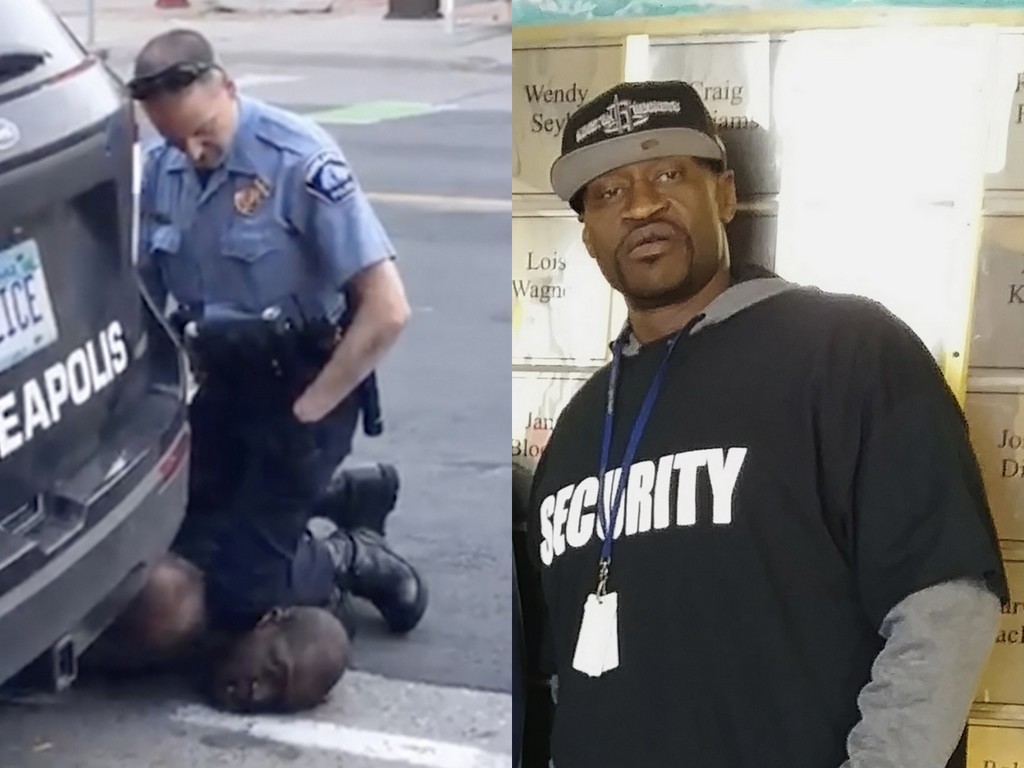 The 2020 Black Lives Matter protests have now extended into their fourth month, casting a long shadow over the upcoming US presidential election. The civil unrest was sparked by the murder of George Floyd on 25th May 2020 and is fuelled by decades of institutionalised racism. Members and allies of the marginalised African-American communities now […]

Hateful secularists continue to exploit the vacuum of Islamic political leadership in the world today Every so often the hateful apologists for secularism claim their right to insult Muslims by burning printed Qur’ans and publishing cartoons that mock the Prophet Muhammad (saw). True to form for those who cling onto falsehood, knowing full well that […] 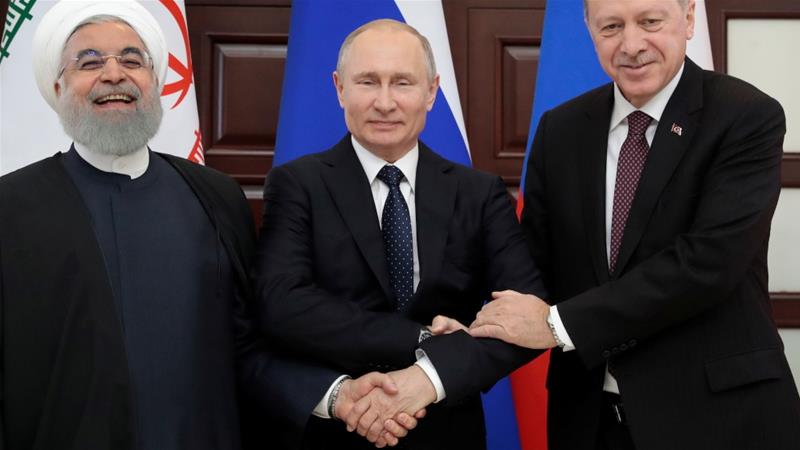 (Part One) Reading political reality must be a conscious reading and abstract of feelings, and judging it must be based on fixed rules, in the sense that we must understand reality as it is, not as we would like it to be, and that judgment must be based on the Islamic belief and not in […] 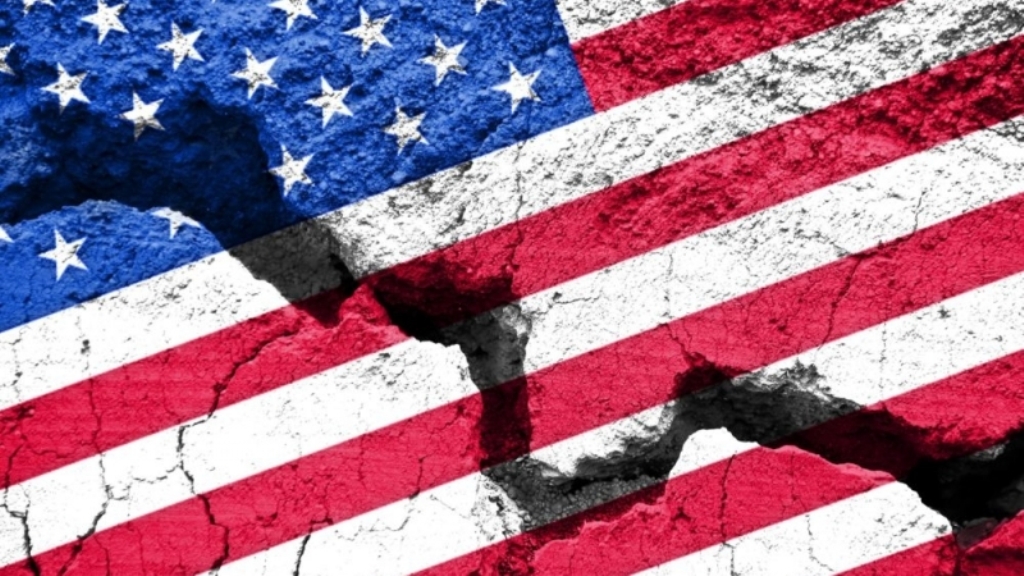 The story of the West’s colonization of this Ummah extends over a century ago, and although it was able to occupy it, it could not consolidate its occupation of it, as it remains imposed and rejected. And as a result of this imposition and rejection, the Islamic Ummah has survived those tragic situations that we […]

Question: Bismillahi Ar-Rahman Ar-Raheem, Assalamu Alaikum wa Rahmatullahi wa Barakatuh, Subject: Questions in Usool AlFiqh First: It was mentioned in the book of The Islamic Personality vol. III, page 182 (Arabic edition) “The requirement denotation is that which the required matter in it is denoted from the meanings of the expressions by being a condition […] 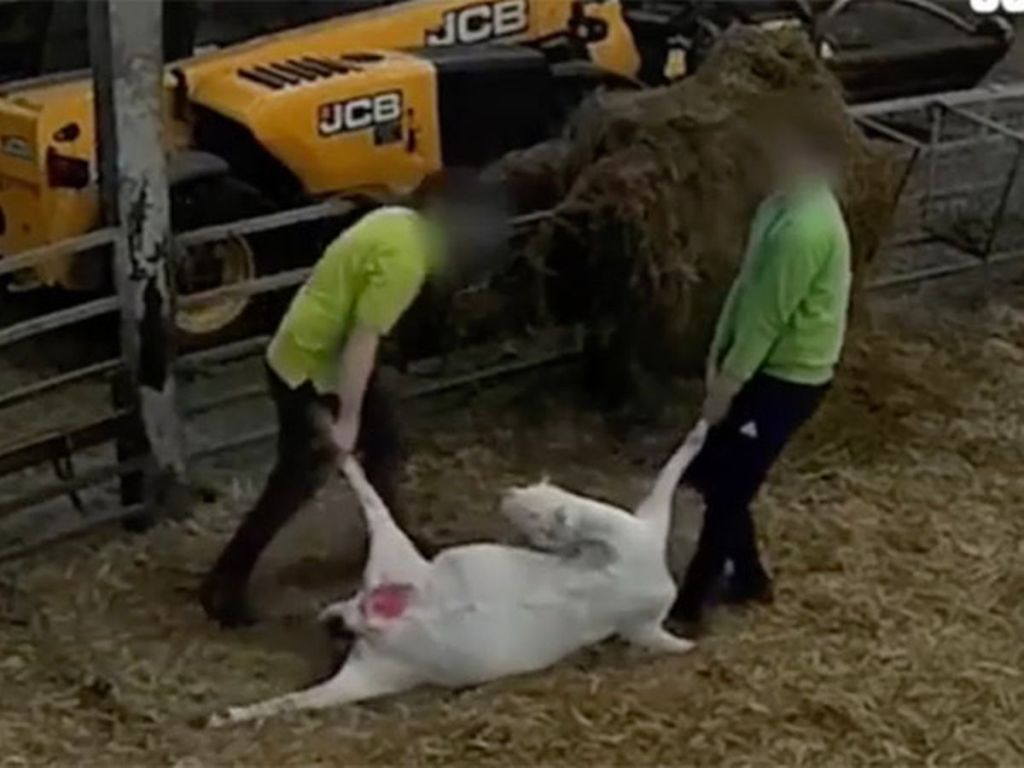 Animals were subjected to a string of brutal attacks at a farm that sells goats’ milk to Tesco, Sainsbury’s, Waitrose and other supermarkets, footage from hidden cameras has revealed. Goats were seen on video being punched, kicked, hit with a pole and slammed onto their backs at a plant that supplies St Helen’s Farm, in […]

Question: Assalamu Alaikum wa Rahmatullahi wa Barakatuh Our Sheikh, may Allah open at your hands, may He accept your obedience, and hasten us with victory and empowerment. I have a question regarding inferring from the consensus (Ijmaa’) of the Sahaabah with evidence from the Qur’an and Sunnah; as came in the Islamic Personality, Volume III […] 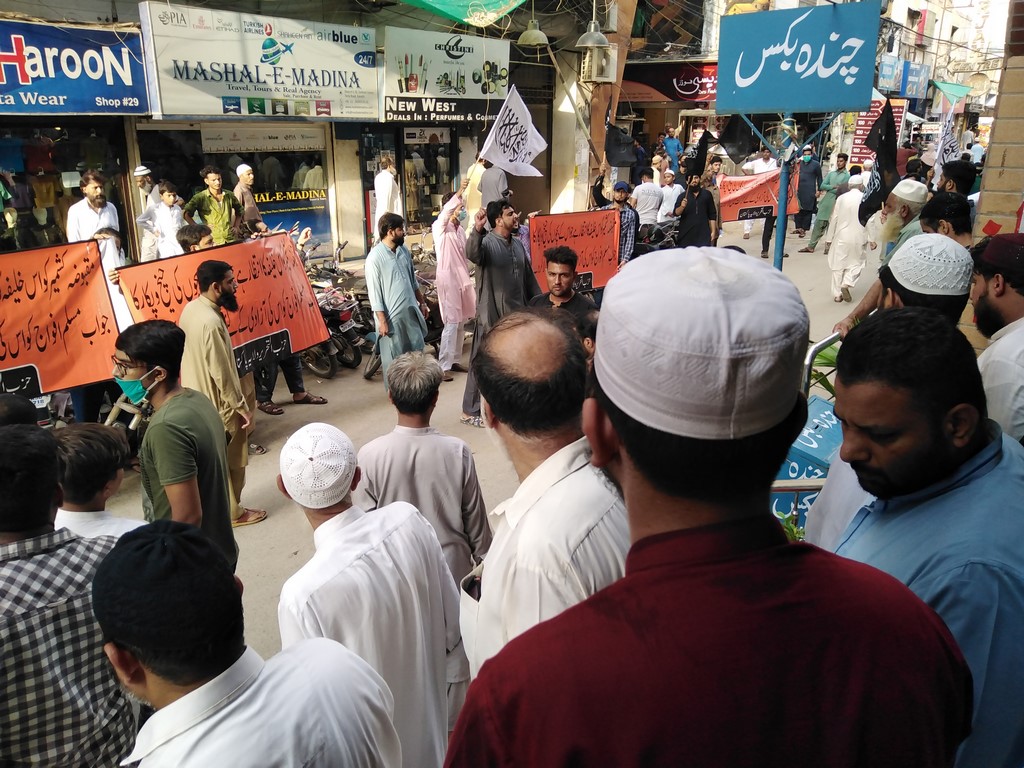 Allah has revealed the great Islamic Deen to the best of humankind, the Prophet Muhammed ﷺ. He (swt) established authority for him ﷺ upon the earth. He (swt) revealed the noble Quran through the unlettered Prophet ﷺ, to judge amongst the people, as the basis for the constitution of the political state. Allah (swt) prepared […] The Wounds of Muslims will only Heal with the Return of the Khilafah With the destruction of the State of Islam in 1924 and in the absence of a Muslim ruler who defends them and strikes at every hand that extends to a Muslim man or woman in a bad way, the arrows are directed […]

Ulemas (people of knowledge) are the heirs of Prophets (as), a title which is not given simply by the endorsements of any university or madrasah, nor just by the knowledge itself which they acquired. Rather the title is given as a great responsibility due to their burden of conveying the messengership (تبليغ الرسالة) in the […] Srebrenica It has been 25 years ago that over 8,000 Muslim men and boys from Srebrenica, a small, overpopulated town in Bosnia, were murdered in what is now seen as the worst atrocity on European soil since the Second World War. 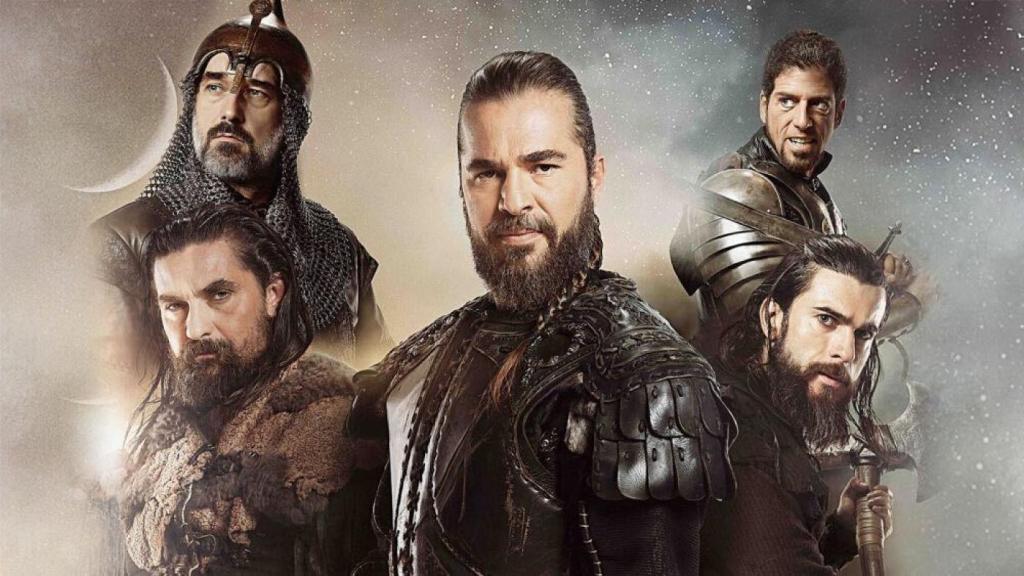 The Turkish series Dirillis Ertugrul has shattered viewership records in Pakistan and is coveted by many in the Islamic world. The central theme of the drama is about the life of Ertugrul set in the 13th century. Ertugrul fights infidels and unifies Turks to lay the basis for his son Osman to establish the Ottoman […] What happened in Srebrenica during the Bosnian war, which resulted in a popular political term of “Balkanization”, was a dark stain in the history of modern politics. The delegitimization of the leadership of the Communist-Socialist regimes impacted Yugoslavia’s internal politics in the early 1990s. Yugoslavia was then divided into several countries: Slovenia, Croatia, Bosnia and […] Despite its rather small size, throughout its history the region of the Balkans was the arena of conflicts, brutal wars, and mass migration. Probably there was no other region in the world like this region that became the historical watershed, the rising and perishing point for so many and so various nations, tribes, races, and […] 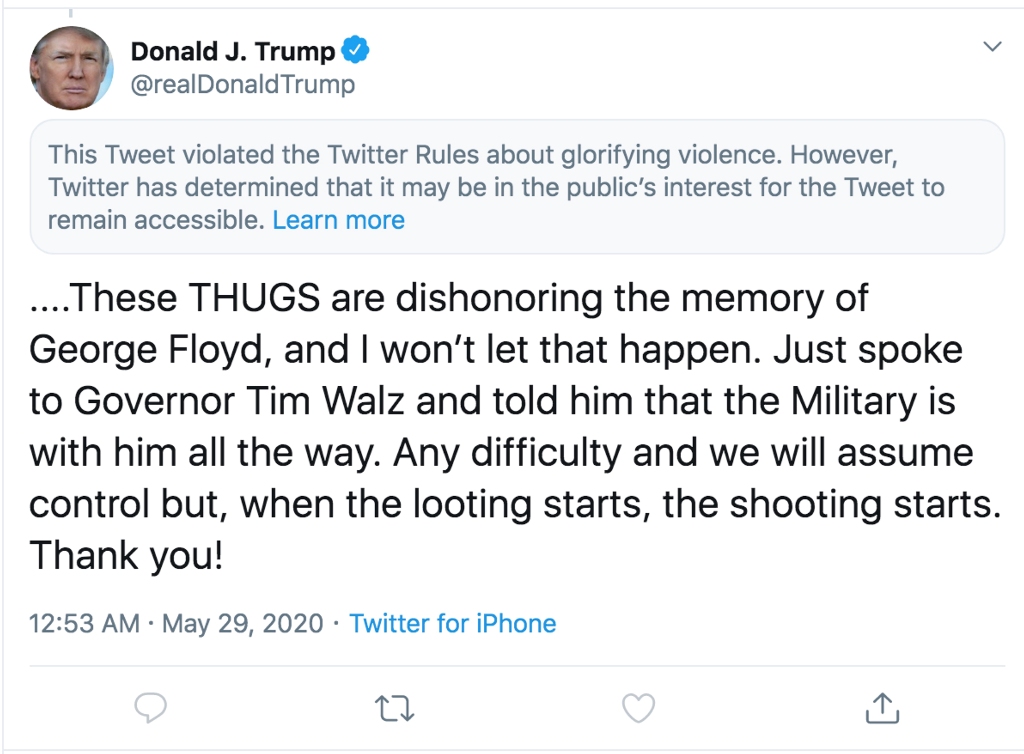 Facebook is starting to bend under pressure, as advertisers continue to boycott it. It says it will now label potentially harmful posts that it does not remove, due to their news value. The “Stop Hate for Profit” campaign was started by US civil rights groups after the killing of George Floyd in May while in […] In recent weeks much has been said about racism. Needless to say, is that the focus has mainly been put on skin colour, as this is the reality of what people have experienced.  Discrimination based on someone’s colour is merely a manifestation of racism not the reason and motivation behind it. In fact, racism is […] Islam is a Message for all humanity. It addresses all people, irrespective of color. Islam did not come for one race, tribe, or nation, or a particular people living at any particular time or place. Consequently, as Islam spread from Arabia to the other parts of the world, from China to Spain, it managed to […] In the wake of ongoing violent protests that have spread to the UK following the murder of George Floyd in the US, the UK media have rediscovered an old article written in 2002 by now prime minister Boris Johnson, which sheds light on the racism that is killing so many black men. “Boris Johnson said […] The Black Lives Matters (BLM) protests in the wake of the tragic death and murder of George Floyd in the US have flung the world into civil uproar. In many ways it underscores a number of issues that need the dawah carriers specifically and the Muslims in general to highlight to the people so that […] 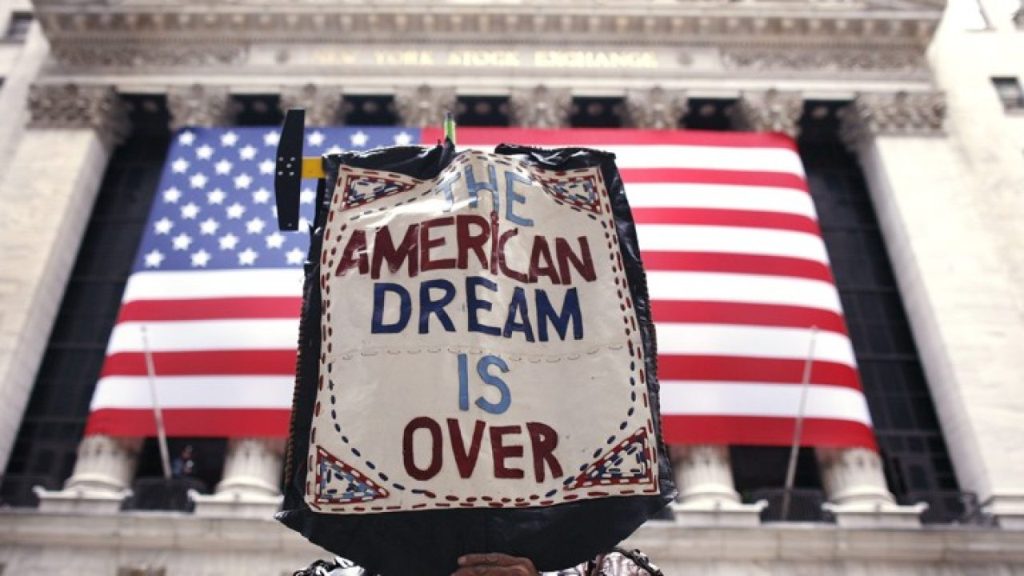 Milton Friedman, the god father of neoliberalism, wrote in his book on Capitalism in 1981: “Only a crisis – actual or perceived – produces real change. When that crisis occurs, the actions that are taken depend on the ideas that are lying around.” He took full advantage to advocate his liberal free market ideas after […] 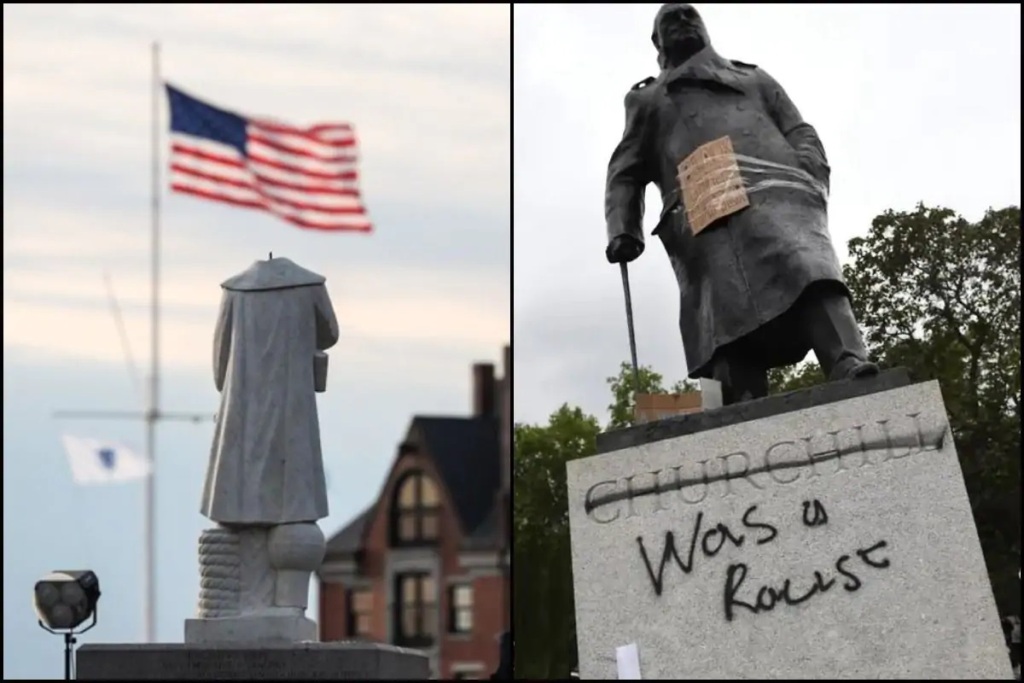 The protests against the brutal murder of the black African American, George Floyd, at the hands of a white police officer and systemic racism in various Western states continues in cities across the world. In the UK, alongside the demonstrations, attention has turned to the continued presence of statues of historical British slave-traders and other […] Every concept other than Islam should not be taken as all of them are the concepts of ignorance, though they are seemingly civilised and elevated, such as secularism, the so-called enlightened thought amongst the Western thinkers. There can be no admiration or honor for the Muslims in any alien thought, be it as partial or […] One of the attempts to misguide the noble Muslim youth of Pakistan is the promotion of homosexuality. The false claim that homosexuality is not Forbidden (حرام Haraam) in Islam can be refuted by examining the evidences present in the Noble Quran and the Sunnah of RasulAllah ﷺ. In Surah Al-A’raf, Allah (swt) denounces the act […]

Protesters are coming out in increasingly large numbers venting their frustration and telling the world that they cannot tolerate the systematic racist oppression anymore. The obscene racism of the American society is being exposed, once again, and even the more hidden systematic racism in Britain is being discussed. Praise be to Allah, and prayers and peace be upon the Messenger of Allah and on his family, companions and his followers, To all those who sent asking me about the two-meter spacing between the worshiper and the one next to him during Friday and congregational prayers… and they say that rulers in some Muslim […] By reviewing the books of Islamic history, one finds narrations about heroes of this great Ummah that affirm the saying of Prophet Muhammad ﷺ, «مَثَلُ أُمَّتِي مَثَلُ الْمَطَرِ لَا يُدْرَى أَوَّلُهُ خَيْرٌ أَوْ آخِرُهُ» “My Ummah is like a rain; it is not known if the first of it is good or last of it” […]