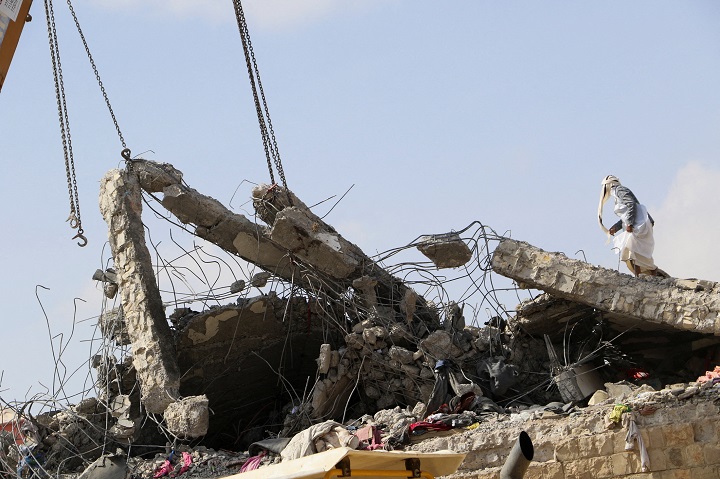 China Increases Engagement with Iran and the Wider Middle East

According to a report this week at France24.com, entitled, ‘China plays discreet but critical role in Iran nuclear negotiations’, China has been strengthening its relationship not just with Iran but with the Middle East in general. Referring to the book of former Iranian Foreign Minister Javad Zarif, the report highlights China’s developing Iranian relationship:

In his lengthy account of two years of behind-the-scenes negotiations that led to the 2015 agreement, Zarif writes that whenever the parties reached an impasse, the Chinese team would intervene, present a new initiative and manage to revive the talks.

But in recent months, relations between Beijing and Tehran have taken a new step forward with the signing of a historic 25-year bilateral partnership covering areas as diverse as energy, security, infrastructure and communications.

In addition to the delivery of discounted oil, the strategic agreement – which went into effect on January 15 – also provides Chinese security assistance to Iran, including the delivery of military equipment. “China has signed very few partnerships of this kind. This is a serious diplomatic alliance,” said Di Meglio.’

It is not only Iran. China is engaged with other Middle Eastern countries also, as the report goes on to add, quoting Jean-François Di Meglio, a China specialist:

“The Middle East was not a major element of Chinese diplomacy. But this has changed in the last five years with Iraq as a turning point,” said Di Meglio. “After the war, China seized the opportunity to take over the exploitation of Iraqi oil fields, which it is currently reconstructing.”

At the UN, China is also adding the full weight of its Security Council vote on decisions regarding the region. This includes Iran as well as Syria, with China aligning itself almost systematically with Russian positions favourable to Bashar al-Assad.

In Beijing, too, for the past few weeks, Chinese diplomacy has been working at full speed. Between January 10 and 14, Foreign Minister Wang Yi received no less than five of his counterparts in the region. The heads of diplomacy of Saudi Arabia, Kuwait, Oman, Bahrain and Iran, as well as the Turkish foreign minister and the secretary general of the Gulf Cooperation Council (GCC), took turns visiting the Chinese capital.

In addition to bilateral issues, these visits also had a bearing on the Iranian nuclear issue since they were an opportunity to reassure the Gulf countries in particular on the importance of an Iran nuclear deal. It’s also an opportunity for China to show Washington that it now plays a key role in a region where the US is losing influence.

The increased Chinese activity is a consequence not only of Chinese ascendancy but also of the US withdrawal from the Middle East. As America ends its ‘forever wars’ and reduces its presence overall, it is only natural that other powers rush to fill the gap. Nevertheless, it would be a mistake to think that America views China’s encroachment into the Middle East as a threat. In some cases, it is known that America itself invited Chinese involvement, such as in Afghanistan. America is not threatened by Chinese engagement because the Chinese lack a sophisticated political understanding of international affairs, due to their centuries of withdrawal from world affairs. China is in essence only a regional power. The real threat that America faces from China is its increasing military projection within its region and into the South China Sea and the Pacific Ocean beyond that. America considers the Pacific and Atlantic to be its private waters and is fearful of any outsider activity in these two seas. In fact, one reason that America has encouraged Chinese activity to its west is to provide an outlet for China away from the American continent.

With Allah’s permission, the Muslim Ummah shall soon eject all foreign disbelieving interference through re-establishing the Islamic Khilafah (Caliphate) State on the Method of the Prophet (saw) that shall unify all Muslim lands, liberate occupied territories, implement the Islamic sharia, restore the Islamic way of life and carry the call for Islam to the entire world. Unlike China, the Khilafah State shall enjoy a high awareness of international political affairs because the Muslim Ummah has within its capable political thinkers with wide political understanding closely following not only the affairs of their individual countries but also of the Muslim Ummah in general and is well aware of the machinations of the global powers across the entire world.

The emerging American plan is evident in Yemen, where the US has delegated responsibility for the war to its agent, the Saudi regime. This week, Saudi again attacked Yemen. According to the New York Times, ‘The seven-year-old war in Yemen intensified again on Friday when airstrikes by the Saudi-led military coalition on northern Yemen killed at least 70 people and knocked out the entire country’s internet, according to international aid groups and the rebels who control the area.’ Embarrassed by international reporting of the high number of deaths, the US has criticised the attack while the Saudi-led coalition is denying its involvement. According to Al Jazeera, ‘The Saudi-led coalition fighting Iran-aligned Houthis in Yemen has denied reports that it bombed a prison in the country’s north, as the United Nations and United States called for a de-escalation of violence in the long-running conflict.’ But the reality is that America is very much behind the Saudi-led war. The New York Times article notes, ‘Within a month of taking office, Mr. Biden had promised to push for ending the war in Yemen, partly by cutting off arms sales to Saudi Arabia. Yet as the Houthis gained ground last year, the Biden administration announced in November that it would sell $650 million of air-to-air missiles, which it classified as defensive weaponry, to the kingdom.’ Bitterly defeated in Iraq and Afghanistan, America knows that it is unable to sustain a strong US presence within the Muslim world, and so is using its agent regimes to fight its wars and control the region on its behalf. America is thus following the path that European imperialists took in the last century, withdrawing their armies from Muslim lands while continuing to exert control through the agent ruling class in the Muslim world, a class that lives physically in Muslim lands but whose hearts and minds remain stuck in the West. But the Muslim Ummah shall soon overthrow these agents and the legacy imperialist systems of government that they continue to preside over, returning to rule by Islam alone. It is in no way permitted for the Muslim Ummah to accept the interference of disbelievers in their affairs. Allah (swt) says in the Noble Qur’an,

“And never will Allah give the disbelievers a way over the believers.”
[TMQ Surah An-Nisaa 4: 141].