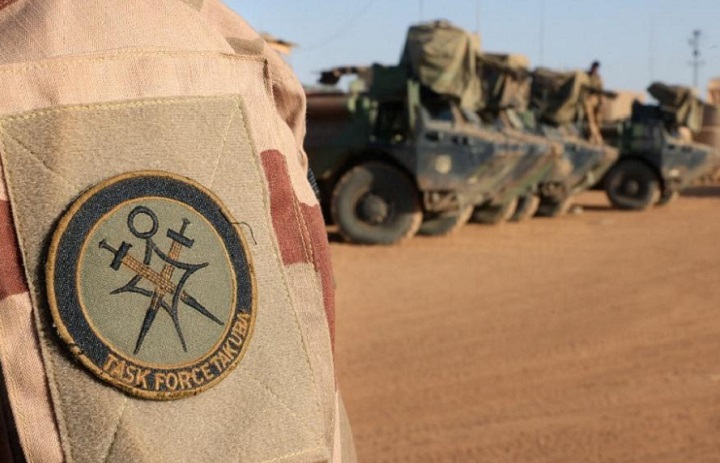 Once again, Denmark has chosen to send troops to the Muslim world. On 18/1/2022, the Danish Defense declared that 300 Danish fighter soldiers will be sent to Mali, where Denmark has assisted the French “counter-terrorism intervention” since 2013.

According to the Danish Defense, the purpose is to support the “Malian defense and security forces”, as “the Danish special operations forces have many years of experience in training and educating forces in other countries and have been deployed in similar tasks in Afghanistan and Iraq.”

The Danish Defense has shamelessly chosen to compare the efforts in Mali with the failures in Afghanistan and Iraq! However, the comparison is in a way understandable. For in Iraq, Afghanistan and Mali, the Danish military presence has been a support for corrupt and unscrupulous terrorist regimes, whose only function has been to guarantee the dominance of Western powers. And in all three cases, the outcome has been the total failure and humiliation of the Western coalitions. The worst, however, is the trail of destruction that the West always leaves behind when they have set out to “liberate” a Muslim country.

When the military junta in Mali carried out a coup in May 2021, Foreign Minister Jeppe Kofoed stated on 29 May 2021 that Denmark does not expect to send soldiers to Mali, as it only wants to cooperate with “a government and a system that lives up to the expectations we have for a partner, and they do not now.”

Although Mali’s military dictatorship has not changed in the slightest since then, the Danish state has nevertheless decided to send troops. The regime in Mali is as bestial, murderous and oppressive towards its people as it has always been! Nevertheless, the Foreign Minister and the Danish government apparently now believe that the Malian dictatorship regime “lives up to the expectations” that Denmark has for a partner!

Jeppe Kofoed used the “war on terror” to “protect Denmark from terrorists” as an argument in an interview with DR TV-Avisen on 18//1/2022. The obvious proof of this lie is that since 2013, France has also used “counter-terrorism” as cover for its colonialist project in the Sahel region. However, France has begun a withdrawal from Mali and declared that the “terrorist movements” are far stronger today than they were 9 years ago! Are 300 Danish fighter soldiers able to accomplish what the French army has not been able to do in a region the size of the European continent?!

The Foreign Minister tried to appeal to the worst side of the Danish people, when he stated that the mission also aims to “prevent migration to Europe and Denmark”. As most people find the argument of a “threat against Danish people” from local rebel groups in the Sahara particularly convincing, the Foreign Minister is using the politically cultured xenophobia to justify yet another crusade in the Muslim world. In addition, the argument is another one of the government’s obvious lies, as most refugees who have desperately tried to reach Europe come from countries like Syria and Afghanistan, and have nothing to do with the Sahel region!

In cooperation with Russian mercenaries, corrupt Malian security forces and an imperialist coalition of Western powers, Denmark has embarked on yet another aggression against the Muslim world in the service of colonialism. The outcome will be the same as in the previous invasions of Iraq and Afghanistan: the killing of masses of innocent Muslims, support for torture regimes and, ultimately, a withdrawal in which none of the declared false goals have been realized.

We, Hizb ut Tahrir / Denmark, strongly condemn this colonialist crusade against yet another Muslim country and regard any opposition to the Western occupying forces as fully legitimate and commendable.