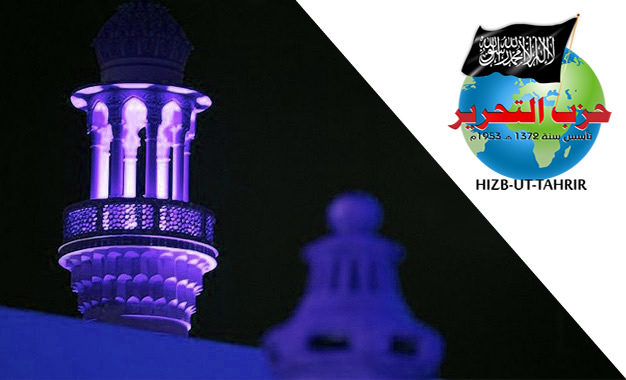 “The month of Ramadan in which was revealed the Quran, a guidance for mankind and clear proofs for the guidance and the criterion [between right and wrong]” [Al-Baqarah: 185].

On the occasion of the blessed month of Ramadan, the Media Office of Hizb ut Tahrir / Wilayah Iraq extends its sincerest congratulations and blessings to the Islamic Ummah in general, and specifically convey our greetings to our beloved Ameer, the eminent scholar Ata Bin Khalil Abu al-Rashtah and all the Dawah carriers the workers for the resumption of the Islamic way of life, asking the Almighty to bless us and the Islamic Ummah with victory and empowerment.

“Verily, the month of Ramadan has come to you all. It is a blessed month, which Allah has obligated you all to fast. During it the gates of Paradise are opened, the gates of Hell are closed and the devils are shackled. In it there is a night that is better than one thousand months. Whoever is deprived of its good, then he has truly been deprived.”

There is no doubt that there are great rewards in that, but the greatest reward is the arbitration of this Great Book and the application of its provisions in every small and large part of your actions, because Allah (swt) has revealed it for application and ruling, the Almighty said,

“And judge, [O Muhammad], between them by what Allah has revealed and do not follow their inclinations and beware of them, lest they tempt you away from some of what Allah has revealed to you. And if they turn away – then know that Allah only intends to afflict them with some of their [own] sins. And indeed, many among the people are defiantly disobedient” [Al-Ma’ida: 49].

Oh Allah, we ask you in these blessed days and in this holy month to bless us with the establishment of the state of Islam, the Khilafah Rashidah (rightly guided Caliphate) on the method of the Prophethood, and that it will be soon.

May Allah accept good deeds from us and from you, and may Allah bless you in your holy month.