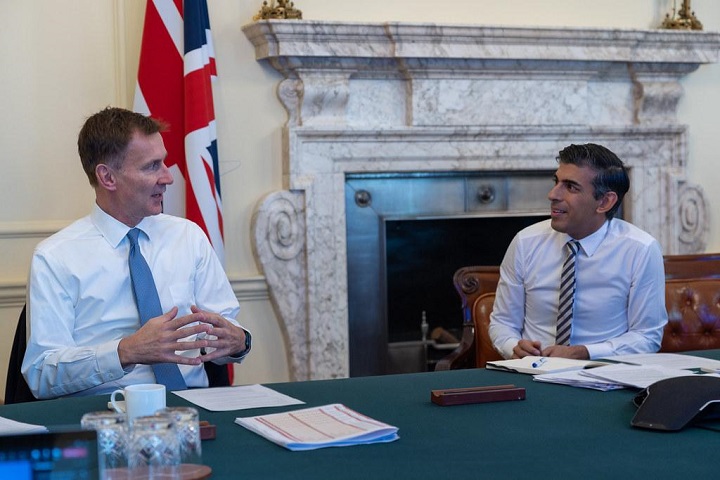 The United Kingdom has had 3 Prime Ministers (PM) and 4 Chancellors of the Exchequer (Finance Minister) over the past 3 months. The ruling Conservative Party (Tories) are languishing in the opinion polls as much as 30% behind the opposition Labour Party which itself is populated by politicians lacking in experience and standing to lead the country. Having taken the decision to replace Boris Johnson, who had been prosecuted and found guilty and fined for breaking his own COVID lockdown laws, the Tory Party chose the inexperienced politician Liz Truss as the new PM. While Johnson was popular amongst party members and the electorate with his charismatic style, he presided over a deeply corrupt and incompetent regime. His legacy is not delivering Brexit “lite” where Northern Ireland is effectively still trapped in the EU. But more the eye watering £400 billion spent on COVID including £45 Billion in mostly unrecoverable loans to business, many of which were fraudulent. Much of the provision for protective equipment and “test and trace” was also channeled to “friendly” business partners of the politicians.

The other legacy of Johnson was an economy in the doldrums. Inflation at over 10%, government debt at record levels and with energy prices rapidly rising, to “eat or to heat” is a burning question for many. Then Chancellor Rishi Sunak was one of the first to resign in protest against Johnson. Although he too had been found guilty of breaking COVID rules and was fined. And he was the architect of many of the economic policies which failed to generate growth in the economy or protect the public from inflation. With interest rates climbing (mortgages now over 6%) the population is suffering in other ways too (interest on debt, recession looming and the inevitable business shutdowns).

After Johnson resigned, the Tory party held elections for the next PM. Liz Truss a functional politician without charisma won over Sunak and set about putting in place new economic policies with close friend Kwasi Kwarteng in tow as Chancellor. Even though their plans were unlikely to work (lower tax, increased spending and hope that growth would return) and were still skewed to helping the wealthy. These plans spooked the all-powerful markets. George Parker of the Financial Times called it: “The free marketeers have been undone by the markets”.

The Government bond market (Gilts) dived, interest rates rose and the Pound also dropped precipitously. Then followed the Bank of England bailout of the Gilt market, and a humiliating reversal of the Truss policies.

The Economist Magazine said of Truss:

“(Truss) is set to be remembered as the prime minister whose grip on power was the shortest in British political history. Ms Truss entered Downing Street on September 6th. She blew up her own government with a package of unfunded tax cuts and energy-price guarantees on September 23rd. Take away the ten days of mourning after the death of the queen, and she had seven days in control. That is the shelf-life of a lettuce”.

Truss and Kwarteng had to go after only 45 days in charge. They resigned and the Conservatives again had to bring in another PM and cabinet team. Rishi Sunak got the nod, even with his obvious failings when he worked with Boris Johnson. Sunak is the youngest modern day leader of the UK at 42 yrs of age and is a former banker with Goldman Sachs. Yet, this economic crisis is set to run and run. Inflation remains at 10%, mortgage rates are over 6% and rising, and more are being run into poverty as winter looms.

The Conservative Party in line with British politics in general lacks talent, statesmen and credibility. The experiment with Liz Truss was a gross mistake. Truss and Kwarteng lacked basic competence in financial matters with many mistakes in their mini budget. They had to go. Ex-banker Sunak has basic financial competence and will rule over a return to “austerity” to appease the markets and the US. It is noteworthy that Biden openly criticized the Liz Truss economic plans including lowering business taxes. Sunak will be more compliant to US wishes and initiate several unpopular policies including spending cuts and bringing in central bank digital currencies (a proxy for greater public control and higher taxes).

Regardless of his term in office (elections in 2024 will likely see the end of the Conservatives for some time) Sunak rules over a divided weakened party and increasingly a divided country with poverty on the increase.

Written for the Ar-Rayah Newspaper by Jamal Harwood