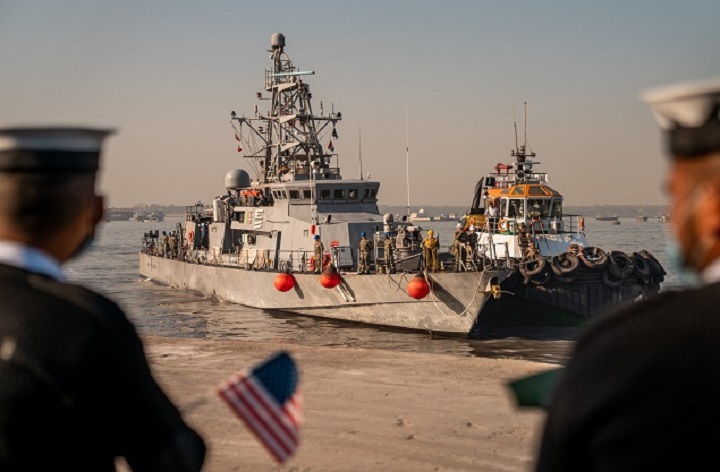 American casino developer Wynn Resorts has set its sights on a new market, and one that has never before allowed gambling: the United Arab Emirates. The Nevada-based casino giant on Tuesday announced a multibillion-dollar deal with the UAE emirate of Ras al-Khaimah that will see it open a 1,000-room luxury hotel with 10 restaurants and lounges, a spa, a convention facility, shopping venues and a gaming area. The announcement came in tandem with a statement from the Ras al-Khaimah Tourism Development Authority introducing a new division, called the Department of Entertainment and Gaming Regulation, which will regulate “integrated resorts” that include hotel operations, entertainment spaces, restaurants, spas, retail shops, convention areas and “gaming.” “The newly announced integrated resort is still in its early design phase and due for completion by 2026,” a statement from Marjan, the Ras al-Khaimah developer involved in the deal, said, according to the Associated Press. “These are all the details that can be provided at this stage.” The UAE, famous for its glitzy skyscrapers, mammoth shopping malls and rolling deserts, has often been compared to Las Vegas — save for a few major differences, the biggest of which is that the Arab sheikhdom’s official religion is Islam, which forbids gambling. While alcohol consumption and wearing bikinis on the beach have long been allowed in most of the country, setting it apart from many of its Middle Eastern neighbors as a foreigner-friendly expat hub, there has been no place for gambling — even with the building of a Caesars Palace in Dubai. If the announcement by the Ras al-Khaimah Tourism Development Authority on Tuesday does indeed define gaming to include gambling, it would be very significant for the emirate and the wider country. The move would represent yet another step in a long and accelerating series of liberalizing reforms meant to diversify the UAE’s traditionally oil-based economy and compete with its neighbors and the wider world for tourism, investment and foreign talent. Wynn Resorts as a company is known for its opulent casinos and hotels, most notably in the infamous gambling hubs of Las Vegas and Macau. [CNN]

The rapid pace of Westernization in the Gulf Countries knows no limits. Gambling, which is prohibited by Islam will now be legalized in the UAE.

Wakili escaped Afghanistan amid a flurry of evacuations that began in mid-August after the Afghan government collapsed and the Taliban took Kabul. He now lives and works in Tucson, Ariz., but his wife and daughter remain trapped in Turkey. The U.S. government has twice rejected their applications to be reunited with Wakili through an ad-hoc channel called humanitarian parole. While the rejection documents cite a problem with the fees that Wakili attempted to pay—a total of $1,150—U.S. Citizenship and Immigration Services (USCIS), the government agency in charge of processing such applications, provided no further explanation and no clear indication of when he might see his family again. (TIME reviewed the rejection letters sent to Wakili). Wakili, a former assistant judge at a detention center at the American Bagram Air Base near Kabul, which detained members of the Taliban and Al Qaeda, is not alone in his heartbreak. His wife and daughter, who TIME agreed not to identify by name for their safety, are among tens of thousands of Afghan nationals currently trapped in the kludgy and understaffed U.S. immigration system. Their struggle—both to reunite with one another and to chart a clear path forward—illustrates the broader systemic failures of the U.S. immigration system. But if the decision to direct Afghans to humanitarian parole was made with good intentions, it has become precisely the bureaucratic quagmire that officials had hoped to avoid. While thousands of Afghans now safely reside in the U.S., the vast majority of humanitarian parole applications for Afghans who are still abroad have yet to be fully processed, according to a statement provided to TIME by a USCIS spokesperson. Of those that have been processed, rejection rates are high. Since July 2021, the agency has received more than 40,000 humanitarian parole applications; as of Jan. 12, the agency had “conditionally approved” roughly 145 and rejected 560, according to data provided by USCIS. [Source: Time]

Afghans who collaborated with Western forces and desperate to reach the US are discovering the true nature of their fickle hosts. Many Western countries have abandoned their Afghan surrogates in Afghanistan and those that escaped face uncertainty in broken immigration camps that have imposed a high bar for entry. Some Western nation have prioritized the repatriation of pets above Afghans illustrating the value of life the West gives to former surrogates.

United States Navy ships recently visited Karachi and conducted bila­teral exercise with Pakistan Navy. On arrival at the Karachi Port, senior officials of the Pakistan Navy and the American Embassy recei­ved the US Navy ships Squall (PC-7) and Whirl­wind (PC-11) with traditio­nal warmth and cordiality. The US ships’ visit included a bilateral exercise and professional exchanges through meetings and sessions at the harbour. At sea, the US and Pakistan Navy ships participated in a Passage Exercise, which included the participation of surface, air and special services elements. The aim of the exercise was to build synergy, strengthen naval relationships and enhance interoperability between the two navies. At the culmination of the exercise, joint patrolling was also conducted by the ships of both navies. The US Navy ships’ visit to Karachi and the bilateral exercise is a testimony of Pakistan Navy’s resolve to work towards regional peace. It is expected that the visit will further promote the existing cooperation between the two countries in general and navies in particular. [Source: Dawn]

The US is encouraging India to project its naval presence beyond the Indian Ocean, but the exercises with Pakistan are designed to restrain Pakistan’s naval capabilities and prevent the expansion of the Chinese navy. India along with the US, Japan and Australia is part of the Quadrilateral Security Dialogue (QSD)—an organisation dedicated to countering China’s ascendency in the South China Sea and beyond. While China is Pakistan’s “close ally” and has invested heavily in the Gwadar port. Conducting exercises with the US navy in close vicinity to Gwadar and Karachi sends the wrong signal to Beijing and underscores the transactional nature of Pakistan’s foreign policy.