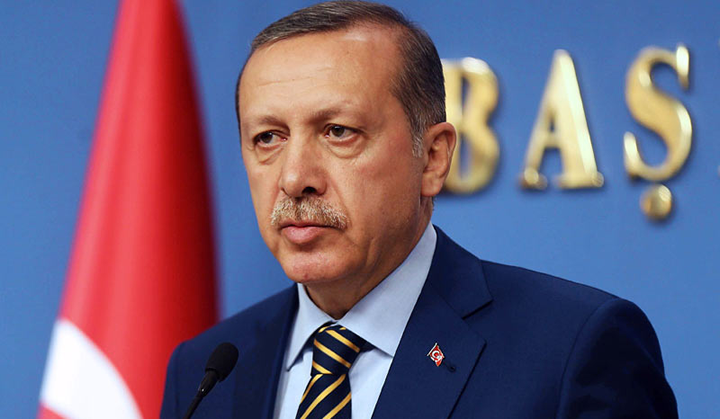 The head of Saudi Arabia’s General Entertainment Authority, Ahmad bin Aqeel al-Khatib, announced the kingdom has plans to invest $64 billion in its entertainment sector over the next decade, using both government and private sector money. Construction is already underway on an opera house in the capital Riyadh, and the country plans to host 5,000 entertainment events this year. Performers will reportedly include US pop band Maroon 5 and the world’s largest theatrical producer Cirque du Soleil.

The Slaughter of Ghouta

On February 18th, the Assad regime, with Russian support, began pounding Eastern Ghouta, a suburb of Damascus, with artillery, air strikes and barrel bombs. Hundreds of people have already been killed. The regime is now poised ahead of a ground assault as Brig. Gen. Suheil al-Hassan, leader of the government’s Tiger Force, said in a video:

As most of the suburbs of Damascus have been returned to government control, Ghouta is the last remaining suburb outside government control. Despite global media coverage all the regional and international powers gave the red light by watching from the sidelines.

A leading Pakistani newspaper has called it a mystery. Politicians have demanded a debate. The defence minister was summoned. But several days after Pakistan announced it was sending 1,000 new troops to Saudi Arabia, details about what they will do and why they are being dispatched remain murky. The Pakistani military has officially said that the troops are on a “training and advise mission” and will not be deployed outside of the kingdom – and specifically not in Yemen. There are already 1,600 personnel in the country, Defence Minister Khurram Dastgir told Pakistan’s Senate.

“This is shedding no light on the decision that has been taken,”

Senate Chairman Raza Rabbani said in response to Dastgir. “I’m sorry. The statement is inadequate.” Amid the grilling and obfuscation, analysts speculate that the real mission of the Pakistani troops may be to protect the Saudi royal family, months into a purge that has seen hundreds of the kingdom’s richest citizens and relatives rounded up for alleged corruption.

Turkey must accept that it needs (Israel), President Recep Tayyip Erdogan said Saturday, as the two countries seek to thrash out a deal on normalising ties. “Israel is in need of a country like Turkey in the region,” Erdogan said in remarks to Turkish reporters published in leading dailies Saturday.

“And we too must accept that we need Israel. This is a reality in the region,” said Erdogan.

“If mutual steps are implemented based on sincerity, then normalisation will follow.” Ever since the 2010 Mavi Marmara incident Erdogan used the incident to show the world how anti-Zionist he was. But the truth is this was only temporary, he was always looking to normalise relations with the Jewish entity. Erdogan has now shown his true colours, if there ever was any doubts.