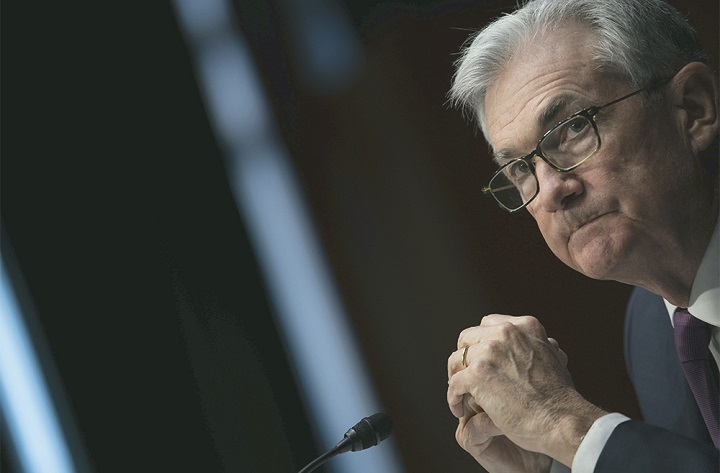 The Federal Reserve is likely to raise interest rates in March in what is expected to be the first of a series of hikes this year amid rising inflation.

Powell said he met with reporters at a pivotal moment for the central bank, President Joe Biden and the broader economy to “set political expectations without triggering panic and acknowledge the uncertainty that lies ahead.”

The Federal Reserve System’s change in rate is explained by the fact that inflation did not decrease as quickly as the central bank expected, and the reason for the increase in consumer prices are constant supply chain disruptions and unexpected shortages of jobs. (Source: Politico.com)

Comment:
While investors are on the lookout for four raises in 2022, Powell, in his press conference after the Federal Reserve System meeting, did nothing to reassure them of the forecasts that caused turmoil in the markets. Shares that had risen before his speech fell sharply after such comments, the publication states.

“Both sides of the mandate are calling on us to steadily move away from the very flexible policies that we have been pursuing in the difficult economic conditions that the economy faced at the beginning of the pandemic,” Powell said, justifying the need to raise rates.

The Politico journalist, recalling that the Federal Reserve System has two mandates – ensuring maximum employment and price stability, interprets Powell’s words with a share of sarcasm as follows:

“The economy is doing so well that it no longer needs that kind of help”.

The author of the article makes an uncertain assumption:

The capitalist ideology, with its vicious freedoms and false values, has not left any aspect of human relations unspoiled. This affected all spheres of life, including economic policy and the monetary system of states. One of the clearest examples of this is the existence and activities of the US Federal Reserve System (FRS).

The cynical statements of the head of the Federal Reserve System about concern for jobs and the desire to overcome rising inflation are designed to justify the predatory policy of raising the discount rate.

Especially considering that the circumstances he listed for reducing production and transportation volumes, which led to mass layoffs and rising consumer prices, were the result of the widespread introduction of a lockdown as a measure to combat the pandemic. After all, this is what forced people to apply for loans in an attempt to save their business or save their families from hunger.

Taking into account the experience of the 2007 global economic crisis that originated in the USA, it can be stated with confidence that the coming economic crisis, which was also caused by a sharp increase in the Federal Reserve System’s interest rate, will again not be limited to the United States.

Moreover, this crisis will be all-encompassing and more devastating in its consequences. After all, the previous crisis moved from the financial to the economic sector due to a collapse in mortgage lending, when, due to overproduction of housing, its value fell and became lower than the cost of loans that had to be paid for this housing. Then about 3 million people were forced to put their homes up for sale in order to pay off loans. The inability to make payments on loans prompted American banks to sell the most troubled of them, collapsing their price even more.

Today, given the record low discount rate of 0.25%, and a sharp drop in income in all sectors of the economy, ten times more people are forced to apply for loans.