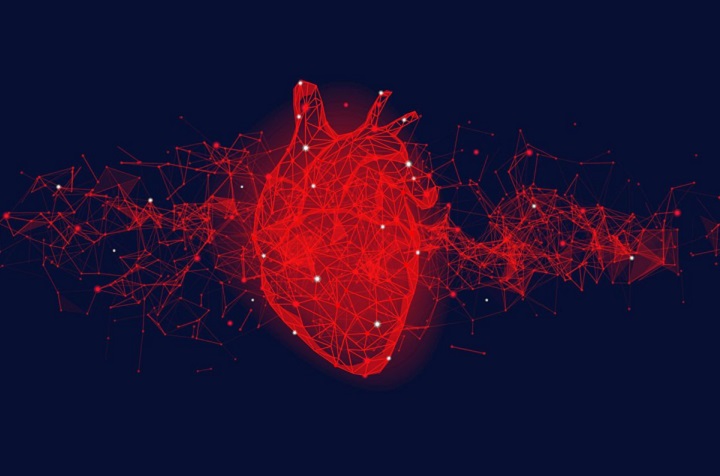 The Express Tribune Newspaper in Pakistan reported on 30 January 2022, “The first transplant of a genetically-modified pig heart into a terminally ill human patient has triggered intense debate among Muslims the world over. On social media and off it, many have wondered aloud what an Islamic perspective on the procedure would be given the forbidden status of the pig. In this regard, The Express Tribune reached out to Mufti Dr Irshad Ahmad Aijaz to shed light on the development. Mufti Aijaz is a prominent Shariah scholar who also specialises in Islamic Jurisprudence and Fatwa.”

At a time that the media is used to propagate corrupt liberal views throughout the Muslim World, it is pleasantly surprising to see that the media has brought forwards an ‘aalim to comment on an issue related to the affairs of the Islamic Ummah. Indeed, the Deen is a complete way of life providing guidance regarding any action and any object, whilst it is for complete implementation. Indeed, it is the role of the media to provide the Islamic perspective regarding the events. In addition, it is the role of the ‘Ulema to enjoin the good (ma’roof) and forbid the evil (munkar) on the basis of Islam, in order that the rulers within the Khilafah implement Islam without deviation.

Regarding the transplant of a genetically-modified pig heart into a terminally-ill human patient, within the great Deen of Islam, the use of prohibited (Haraam) and impure (najas نَجَس) things is allowed for medical treatment. The evidence of medical treatment using prohibited and impure things is established in the Prophetic Sunnah, for the Prophetic Sunnah is the revealed clarifier of the Noble Quran.

“Forbidden to you (for food) are: Al-Maitah (the dead animals – cattle – beast not slaughtered), blood, the flesh of swine.” [TMQ Surah al-Maaidah 5: 3]. Islam forbade the taking of benefit from the prohibited thing. Abu Dawood has a narration on the authority of Abu Hurairah (ra) that the Prophet (saw) said,

“I heard Allah’s Apostle, in the year of the Conquest of Makkah, saying, “Allah and His Apostle made Haraam the trade of alcohol, dead animals, pigs and idols.” The people asked, ‘O Allah’s Apostle! What about the fat of dead animals, for it was used for greasing the boats and the hides; and people use it for lights?’ He said, “No, it is Haraam.” Allah’s Apostle further said, “May Allah curse the Jews, for Allah made the fat (of animals) Haraam for them, yet they melted the fat and sold it and ate its price.”

As for prohibited things not being Haraam for medical treatment, it is evidenced in the Prophetic Sunnah. Muslim narrated that Anas (ra) reported that,

“His nose was cut off at the Battle of Al-Kulab during the era of Jahiliyyah, so he wore a nose made of silver, but it began to decompose, so the Prophet (saw) told him to wear a nose made of gold.” Gold is forbidden for men, but its use is allowed for medical purposes.

In addition, as for use of impure (najas) things not being Haraam for medical purpose, it is also established in the Prophetic Sunnah. Bukhari narrated from Anas (ra),

“The climate of Madinah did not suit some people, so the Prophet (saw) ordered them to follow his shepherd, i.e. his camels, and drink their milk and urine (as a medicine). So they followed the shepherd of the camels and drank their milk and urine till their bodies became healthy.” Some of the people became ill, so the Prophet (saw) permitted them to use bawl (urine بَوْل) as a medication, despite it being impure.

Indeed, Islam is a complete way of life and whenever there is a dispute in a matter, it is upon the Muslims to turn to the Noble Quran and Prophetic Sunnah to resolve the dispute. Allah (swt) said,

“If you dispute in anything among yourselves, refer it to Allah and His Messenger.” [TMQ Surah an-Nisa’a 4:59]. The Messenger of Allah (saw) said,

“I have left with you two things you will never stray if you adhere to them the Book of Allah and the Sunnah of His Prophet.” (Imam Maalik in Muwatta).

Let the Muslims in general and their ‘Ulema and journalists in particular, view all of the affairs of Muslims through the perspective of divine Revelation. Let them scrutinize carefully the divine texts, whilst fully benefitting of the centuries of the Khilafah’s rich jurisprudential legacy. Let them purify the Muslim societies of the corrupting influence of Greek philosophy, Orientalism, Western rationalism, capitalist utilitarianism, deviant modernism and humanist perennialism. It is this rewardable stance alone that will contribute to generating a strong atmosphere for the change that is needed in the Muslim World, the restoration of the Khilafah (Caliphate) on the Method of Prophethood. May Allah (swt) accept all of our obedience so that we are in the first rows of the obedient, whilst not falling into sin through negligence and silence.