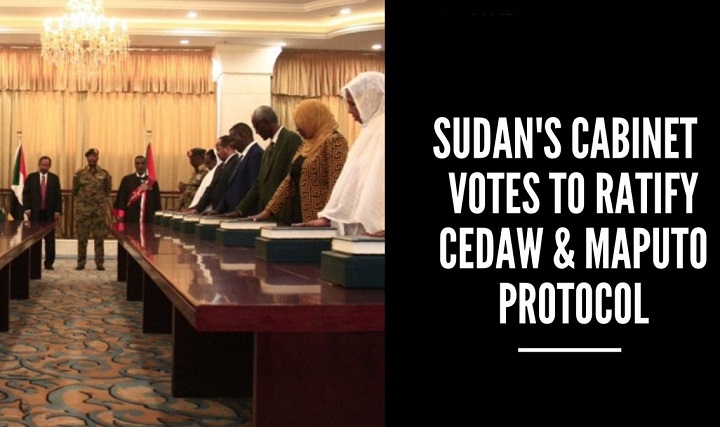 The Cabinet meeting authorized the signing of the Convention on the Elimination of All Forms of Discrimination Against Women (CEDAW) with reservations on Articles (2), (16), (29/1) (Sudan News Agency, 28 April 2021).

O People of Sudan: The goal of CEDAW is outlined by its thirty articles that aim to adopt the corrupt Western values ​​and the Western way of life in the relationship between women and men on the basis of equality. The provisions of this Convention undermine the definite Shari’ rules from people’s lives, including provisions for equal inheritance, the abolition of Wali (guardian) in the marriage contract, abolishing the Qiwamah (guardianship) of man over woman, equality in divorce and marriage, abolishing the waiting period (Iddah) in divorce, preventing polygamy, permitting a Muslim woman to marry a non-Muslim, and many other Shari provisions that regulate the relationship between man and woman. As for talking about reservation, it is an ash in the eyes, for it has no value, because the agreement stipulates in Article 28 that everything incompatible with object and purpose of the present Convention shall not be permitted.

O Muslims, O People of Sudan: Do not accept misleading, and be aware, because CEDAW was not established on the basis of bringing welfare and sophistication, as the agent rulers and the paid feminist associations promote, rather it is to make Muslims follow the line of the Kafir West in liberating women and destroying families. They all do not want a decent, preserved, pure woman, but rather want to convert Muslim women to cheap commodities for display and pleasure, like their women, who in the end have no place but homes for the elderly, and there is no alternative for them but suicide! They want a fragmented family, without a guardian, they want the life of diseases and epidemics that invaded their country as a result of their degradinglifestyle, they want to destroy what remains in our societies from the manifestations of chastity and purity, out of envy from themselves,

“Allah wants to accept your repentance, but those who follow [their] passions want you to digress [into] a great deviation.” [An-Nisa: 27].

O Muslims, O People of Sudan: The signing of CEDAW is part of a frenzied campaign targeting the remaining Sharia rulings in the lives of Muslims, so that the Kafir colonial West can separate Muslims from their beliefs with its local tools of rulers and feminist associations, to create a subservient generation that follows it, a generation without identity, creed or religion. This government would not have dared to reach your honor except by your silence on its conspiracies against the rulings of your religion.

The Transitional Government’s signing of CEDAW is a declared war against Allah, His Messenger and the believers, and a violation of the prohibitions of Allah in the month of obedience. and we sound the alarm so that you, the people of Sudan, realize the greatness of the conspiracy that is being plotted against you. So, wake up and stand in a position that will please Allah Almighty with you before CEDAW erodes your families, destroys your homes and violates your honours, by showing Allah (swt) the goodness from yourselves and work with Hizb ut Tahrir, by establishing the second Khilafah Rashidah (rightly-guided Caliphate) State on the method of the Prophethood. We are not obliged to this fall that the agents of the Kuffar drag us into, for we have an authentic alternative prepared by Hizb ut Tahrir; A constitution derived from the Book of Allah and the Sunnah of His Messenger (saw).