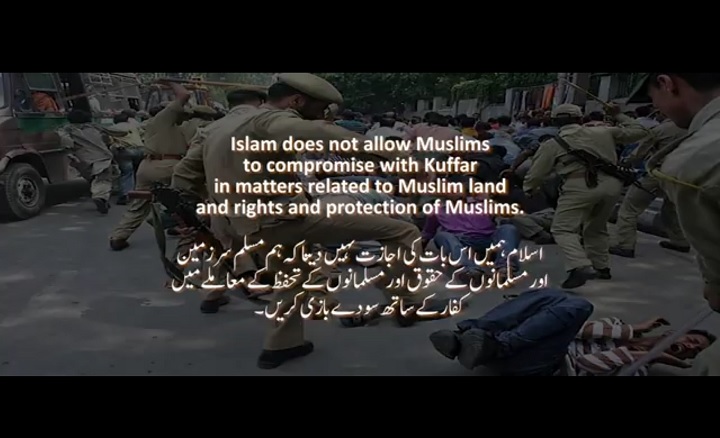 Islam does not allow Muslims to compromise with Kuffar in matters related to Muslim land and rights and protection of Muslims. Today, Indian forces are divided on the battlefield on two fronts; the Chinese border in the North and the Pakistani border in the West. On the Line of Control for the first time in the history of Pak-India tensions the number of troops of India and Pakistan are now equal. The renewal of the ceasefire agreement on the Line of Control in such circumstances is giving breathing space to India. Today, Muslims and youth of Kashmir have rejected Indian domination and India’s aggressive occupation of Kashmir. India cannot maintain its hold on Kashmir without coercion and military force. This is a golden opportunity for Pakistan to liberate the whole of Kashmir by military action. Indian armed forces and the Indian economy are not in a position to withstand the systematic and immediate onslaught of Pakistan Army for the liberation of Kashmir. Muslims of Pakistan want Pakistan’s Armed Forces to be inspired by their Deen, the glorious history of Muslims, and the spirit of helping their Muslim brothers. Let the Armed Forces remember the military commanders of the Khilafah and let them set out to liberate Kashmir by following in the footsteps of Sultan Salahuddin Ayubi and Sultan Muhammd Fateh.