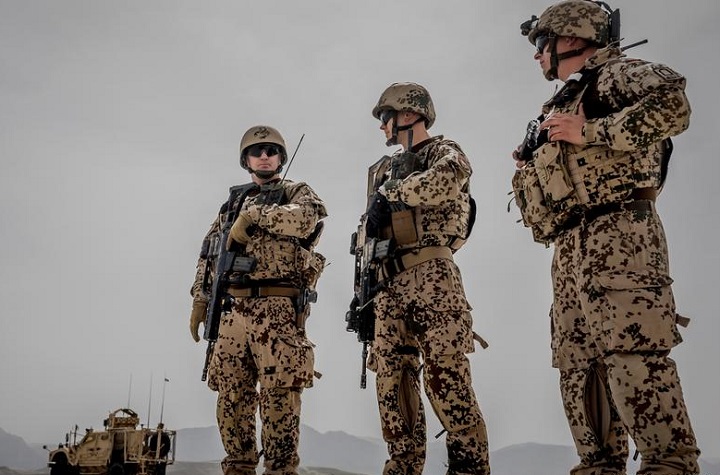 On 3/25/2021, the German Federal Council voted by majority to extend the mandate of the German Federal Army for ten months in Afghanistan. Thus, the German foreign and security policy will continue to obey the signals coming from Washington, and this will reduce Germany’s future possibilities to build positive strategic relations with the Islamic countries.

After the US National Security Council announced in January that it would subject the agreement reached with the Taliban last year to close scrutiny, US President Biden publicly doubted whether it would be possible to adhere to the agreed deadline for the withdrawal of troops, as he said: “It is difficult to meet the deadline of May 1st. […] We will withdraw, but the question is when will we withdraw?” The German Federal Government responded to the changing tone from Washington and submitted a request on February 24th to the Federal Council for the continued participation of the German Federal Army in the NATO mission in Afghanistan “Resolute Support”. In its request, the government affirmed that “the withdrawal under the current circumstances […] will pose a threat to the immediate stability of Afghanistan and the region. Therefore, the federal government seeks to continue the political logic dependent on the situation on the ground…”, which links the troop reductions to diplomatic, political and security developments. However, “the primary condition for the survival of German forces is the American military presence there.” With regard to this, the German government is in intensive communication with the American government, and is preparing itself for any change in the situation in the short term […] including comprehensive structured withdrawal. The request for 1,300 German soldiers to remain in Afghanistan until January 31, 2022, was accepted by the parliamentary blocs of the Christian Democratic Union and the Christian Social Union, the German Social Democratic Party and the Freedom Democratic Party, as well as the Green Party.

After the Defense Department sent in logistical experts last year as the first steps to prepare for the withdrawal, the federal government is now meeting Washington’s changing requirements and committing itself to continuing a failed military mission. According to Afghan media sources, the Taliban forces currently control more than 50% of the country’s area, and militarily surpass the Afghan government forces. And according to what was mentioned in the New York Times based on intelligence estimates of the situation there, “It is possible that within two to three years of the withdrawal of international forces, large parts of the country will fall into the hands of the Taliban.” According to United Nations information, the security situation in Afghanistan in the second half of 2020 was the worst ever. There were 10,439 security-related incidents, which means an increase of 18% compared to the same time in 2019.

Markus Kaim, a leading member of the Institute for Science and Politics, stated that “NATO forces and the German forces are far from successfully completing the mission, which is to build Afghan security forces capable of achieving security in all Afghan lands independently and effectively. After 20 years of being in Afghanistan, the outcome is very low. According to these facts on the ground, all of Germany’s options in Afghanistan are bad, and they will bring with them great risks and losses.” In the end – as Kayem said -“there will be nothing left but withdrawal”.

Against this background, Hizb ut Tahrir in the German-speaking countries calls on the German government once again to end its military presence in Afghanistan as soon as possible and to stop all policies targeting economic, political, cultural or military influence in the Islamic countries. Instead of making German interests dependent on Atlantic ties, German government experts should have developed a strategy that takes into account geopolitical developments and takes advantage of the remaining German capital in its relations in order to build a positive relationship with the Islamic countries. In the near future, the German government will not only see itself in the face of resistance factions, which rightly view the German presence in the “handkush” as an occupation, but will be facing a powerful Khilafah (Caliphate) that mobilises all the energies of the Muslims and harnesses them to defend their interests. The attitude of the Khilafah  towards the German state will be decided on the basis of the future formation of German foreign and security policy Allah (swt) said:

“Allah does not forbid you from dealing kindly and fairly with those who have neither fought nor driven you out of your homes. Surely Allah loves those who are fair.” [Al-Mumtahanah: 8].