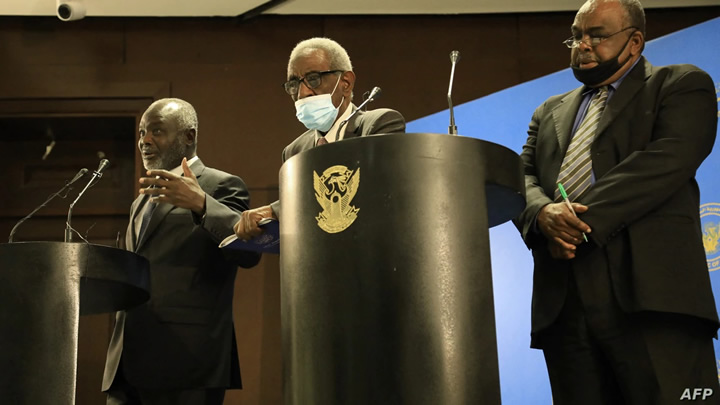 The Transitional Government in Sudan decided to float the exchange rate of the Sudanese pound against foreign currencies, starting from today, Sunday 02/21/2021. As the central bank allowed each bank to set the purchase price for free currencies, and cancelled the official announced rate of 55 pounds for the dollar, and the banks will start their transactions today at 375 pounds for the dollar, and the central bank governor justified the move at this time because of its association with grants, the first payment of which will be received at the beginning of next March.

With this step, the transitional government would have completed its prayer in the sanctuary of the International Monetary Fund (IMF) in prostration by floating the Sudanese pound, and among the requirements of the IMF, or rather its orders, the liberalisation of the exchange rate (floating the pound) after the government submitted to all the previous orders, and they applied it, disregarding the woes it brings to the people which was represented by a crazy rise in prices after the government raised fuel prices under the pretext of raising subsidies to more than 20 times in less than two years, and followed them up with an increase in electricity prices by more than 600%, as well as bread prices for more than 500 % (And they still claim to be subsidised), and other necessary goods or those imported from abroad, so life became an unbearable hell, so these greedy capitalist policies led to the production of poverty and killing of the poor.

Surely, submitting to the policies of the International Monetary Fund and its deadly prescriptions will not raise the economy as they claim, as these fatal prescriptions wherever applied anywhere in the world were a disaster for them and the people of those countries, and Sudan was no exception, as the former regime used to apply these prescriptions. However, it was coming forward with one leg and delaying the other for fear of the wrath of the masses until it fell, and the current regime which does not care and is not bothered of what befalls the overwhelming majority of the people of this generous country, and has no choice but to submit to the current affairs, will be at loss, and it will be removed with a real revolution that uproots its roots and throws it where it deserves.

We in Hizb ut Tahrir / Wilayah of Sudan appeal to our good people, and while we live these days upon the centenary of the overthrow of the Khilafah on 28th Rajab 1342 AH, the state of care, pride and dignity, we call on you to work seriously with Hizb ut Tahrir to get rid of colonialism and its offspring; establishing the second Khilafah Rashidah (rightly guided Caliphate) upon the path of Prophethood that cuts off the existence of the unbelievers from our country. People are governed according to the rulings of the Lord of the worlds, and the wealth of the country is managed in the interest of the nation, as it is a wealth that would make all the people of Sudan rich. Rather, they would reach out to their neighbouring brothers, for Sudan is not a poor country, but it is impoverished by the policies of the oppressive capitalist system, which does not care whether people die or live as much as it is concerned with the theft of wealth through usurious loans and handing over the country’s goods to foreign investments.

“O believers! Respond to Allah and His Messenger when he calls you to that which gives you life.” [TMQ 8:24].