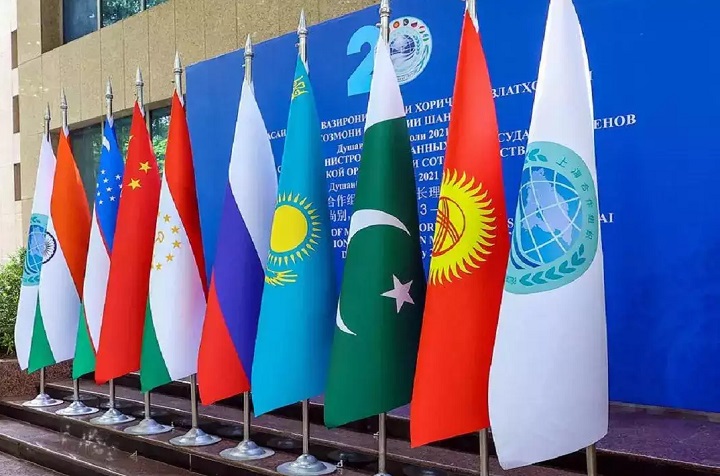 On Friday, October 14, 2022, New Delhi hosted the council meeting of Shanghai Cooperation Organization (SCO) under the title of Regional Anti-Terrorism Structure (RAT). In the aftermath of this summit, some member states vowed to implement joint measures to counter threats posed by international terrorist groups operating from Afghanistan.

Since 2001, though, the so-called Western scenario of ‘War on Terror”, which indeed was a war against Islam and Muslims, has seen tremendous failure. For the time being, each state defines the term ‘terrorism’ based on its own interest, labeling its enemies as terrorists and/or supporter of terrorism. However, if one looks up the meaning of this term in Oxford Dictionary, he/she would find: “the use of violent action to achieve political aims”. Based on Oxford Dictionary, the member states of SCO are the real terrorist states.

The terroristic encounter of China against Muslims of Eastern Turkistan – as their lands are being occupied and they themselves are being tortured just because they are Muslims. The Hindutva movement and Modi’s Hindu state which has not only blatantly occupied Kashmir but also keeps oppressing the Indian Muslims. The Pakistani government, which is repressing the Muslims in Baloch and Pashtun regions, strongly cooperates with colonial powers, especially with the US in killing the Muslims to maintain its interests, has kept its air corridors open for US drones – giving hands to superpowers to wage intelligence attacks inside Afghanistan. Likewise, Iran, which has supported the killing of Muslims in Syria, Iraq, and Yemen, had cooperated with US and NATO in spreading terror in Afghanistan and Iraq – it is still intending to terrify its citizens by various means and tactics only to ensure its political survival. The Russian state also martyred hundreds of thousands of Muslims in Syria while the Muslims of Chechnya and Central Asia are still breathing gravely under its oppression. Besides, the Central Asian states have shared hands with their Lord in torturing and suppressing the Muslims and Islamic movements.

Nevertheless, the plans, decisions and plots of these states will perish as the reality indicates that they [SCO member states] are not only disunited but are carrying massive rivalry against one another. Such a cooperation by terrorist states indicate that they have serious concerns concerning the emergence of a powerful Islamic state in the region; thus, they are trying to prevent the rise of Islam with such plots. However, they should learn from history that in the war between Right and Wrong, it’s always the Right that wins and vanquishes the Wrong.

We believe that the Islamic awakening, the opportunity for unity of Muslims and re-establishment of the Khilafah Rashidah (rightly guided) Caliphate based on the method of the Prophethood is more feasible in Afghanistan, Pakistan, and Central Asia than in any other place in the world – this is what has added to the concerns of these states. These states are trying to stand against the huge wave of awakening with their futile measures while this wave is as massive as it has reduced the sovereignty of these assassin states to minimum. Insha Allah, the Muslims of this region will soon be safeguarded from the tyranny of these states and will rejoice with the establishment of the Islamic Caliphate.

“The ˹whole˺ matter rests with Allah before and after ˹victory˺. And on that day the believers will rejoice. At the victory willed by Allah. He gives victory to whomever He wills. For he is the Almighty, Most Merciful.”