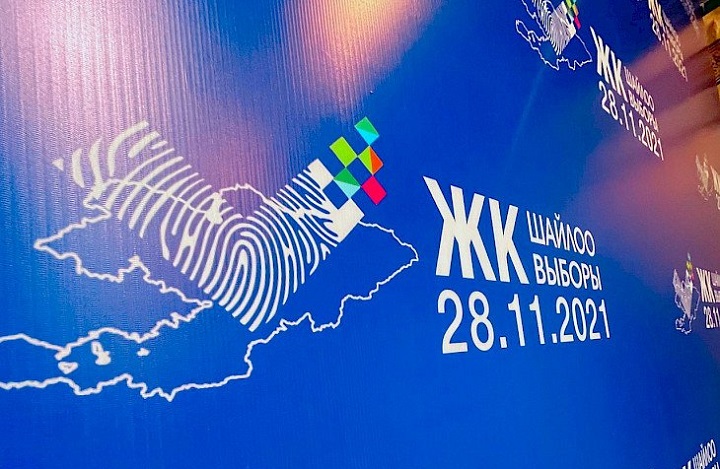 On 28/11/2021, Kyrgyzstan will hold parliamentary elections. This time a mixed system is adopted unlike the previous times; the proportional system will be used for voting for party lists at the country level, as well as using the majority system for voting for specific candidates in a particular constituency. The country will be divided into multiple constituencies. The campaign will continue until November 27.

By looking at the relevant articles of the Kyrgyz Constitution (Article 76, Article 80, Article 85), it is clear that the main acts of Parliament are: legislation, enactment, amendment and interpretation of laws, giving confidence to the Prime Minister, his deputies and members of the Council of Ministers, ratification or denunciation of international treaties, supervision and accountability … Looking at these actions, it becomes clear that the first three actions are actions that are not permissible in Shariah, while the fourth action; the supervision and accountability, is an act that is permissible in Shariah if it is in accordance to the Shariah rulings.

1- Legislation in Islam is for Allah alone, and it is not right for the Muslim to take the place of the Legislator, Allah the Creator (swt). It is rather an obligation to find out the Shariah ruling and to follow it without discussion. It is also not permissible for a Muslim to make the Shariah rules the subject of voting and choice, Allah (swt) says:

“It is not for a believing man or a believing woman, when Allah and His Messenger have decided a matter, that they should [thereafter] have any choice about their affair. And whoever disobeys Allah and His Messenger has certainly strayed into clear error” [Al-Ahzab: 36].The parliament with the current powers is a Western idea stemming from secularism and the separation of religion from life and the state, where the capitalists make legislation for the people through members of parliament, the people’s representatives, according to them. This contradicts Islam, which makes legislation exclusively to the Creator (swt).

2- As for giving confidence to the government, it is like delegating it to implement the rulings of Kufr, as the government in democratic systems applies the constitution and the laws that are man-made and not from Allah (swt). And there is no doubt that it is not permissible to delegate any person to implement the rulings of Kufr on people because Allah (swt) commanded that ruling should be by Shariah law. Allah (swt) says:

“And judge, [O Muhammad], between them by what Allah has revealed and do not follow their inclinations and beware of them, lest they tempt you away from some of what Allah has revealed to you. And if they turn away – then know that Allah only intends to afflict them with some of their [own] sins. And indeed, many among the people are defiantly disobedient * Then is it the judgement of [the time of] ignorance they desire? But who is better than Allah in judgement for a people who are certain [in faith]” [Al-Ma’ida:49-50]. Accordingly, giving confidence to a government that rules by other than the Shariah is clearly forbidden.

3- As for the ratification of international conventions and treaties, these treaties are based on man-made constitution and laws, and they contain apparent violations of Islamic law. And most of the time, they involve giving the upper hand to the kuffar over the Muslims, which is not permitted in Shariah because of Allah’s saying

“And never will Allah give the disbelievers over the believers a way [to overcome them]” [An-Nisa: 141].

4- As for the supervision of the government and holding it accountable in accordance with the rules of Shariah, it is a matter that is obligatory for Muslims, and it comes under the section of enjoining good and forbidding evil, with many evidences from the Qur’an and Sunnah, including what Al-Tirmidhi narrated in his Sunan on the authority of Hudhayfa bin Al-Yaman on the authority of the Prophet (saw) who said:

“By Him in Whose Hand my life is, you either enjoin good and forbid evil, or Allah will certainly soon send His punishment to you. Then you will make supplication and it will not be accepted”.Abu Issa said this Hadith is Hasan. But monitoring the government and holding it accountable according to man-made laws is not permissible.

In the light of this explanation, it appears that the only work that can be permissible in Parliament is accountability, but according to the rules of Shariah. Therefore, whoever wants to run for Parliament must take into account several factors so that his candidacy does not contradict Shariah, they can be summarized as follows:

a- To clearly explain to the people his rejection of legislation that is not from Allah (swt), his rejection of the systems of Kufr and his refusal to give confidence to a government that implements Kufr, and to show openly that he is working to change the systems of Kufr and establish the system of Islam, which is the Khilafah Rashida (Rightly-Guided Caliphate) in its place, and to actually abide by all of that if he succeeds in the elections.

b- To adopt a program deduced from the Qur’an and Sunnah and work to take the parliament’s dome as a platform for telling the truth and holding the government accountable on the basis of Islam if he is elected.

c- It is not permissible for him to be within a party or group that adopts and calls for anything other than Islam, such as nationalist and secular parties and the like. Rather, if he is nominated in a party list, the program of this list should be derived from the Qur’an and Sunnah, and its goal should be to destroy the systems of Kufr and establish Islam in its place. The party on the lists are not allowed to run unless they adopt Islam and call for its implementation by establishing the Khilafah and eliminating the systems of Kufr, and they may not enter into electoral alliances with groups that are not based on Islam.

Some Muslims justify for themselves to run for parliament, arguing that their entry into Parliament will enable them to achieve some interests for Muslims, such as building mosques and schools and resisting the ban on the veil…or it may lead to the establishment of an Islamic state in the future when Muslim candidates increase in numbers…etc, and they forgot that achieving the interests of Muslims may not be in violation of the Shariah, as they forgot that there were those who preceded them with this argument in several Islamic countries and participated in parliamentary elections and entered parliaments, but the result of their work was a disaster for Islam and Muslims. And what happened in Egypt Al-Kinana is a good example.

There are Muslims who say that not participating in the parliamentary elections leaves the Islamic Dawah carriers separate from society… This is not true, because the lack of participation does not mean isolation. Rather, the Islamic Dawah carriers must enter the society and interact with it, following the example of the Messenger of Allah (saw), who fought a strong struggle with the society in Mecca, but he did not share with the kuffar their power. Rather, his statement (saw) was unequivocal in adhering to the Shariah and not giving up anything from Islam, when he (saw) said:

“By Allah if they put the sun in my right hand and the moon in my left on condition that I abandon this course, until Allah has made me victorious, or I perish therin, I would not abandon it,”as stated in the Seerah by Ibn Hisham.

It is clear that the authorities in Kyrgyzstan will not allow any person or group to run in accordance with the Shariah conditions that we mentioned above, and therefore the only option is not to participate in these elections and stay away from the haram (forbidden). Allah (swt) says:

“And, [moreover], this is My path, which is straight, so follow it; and do not follow [other] ways, for you will be separated from His way. This has He instructed you that you may become righteous” [Al-An’am: 153].