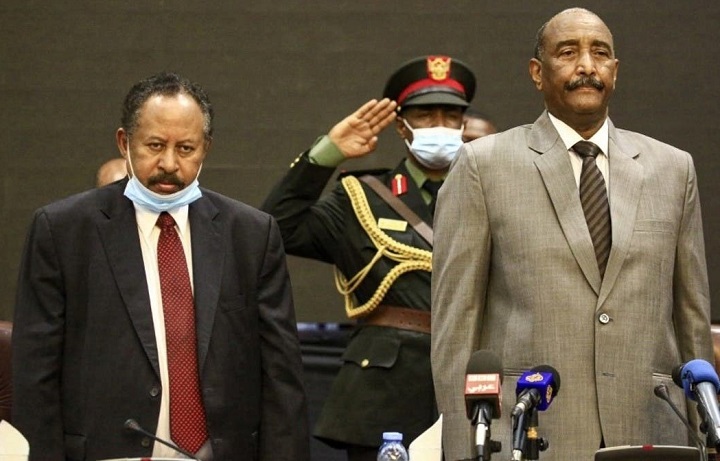 We read your comment on the leaflet of Hizb ut Tahrir / Wilayah of Sudan entitled: “The Burhan and Hamdok Agreement… How Long Will Our Country be an Arena for International Conflict?!”, in your read column Safar Al-Qawafi, in Al-Ahram Al-Yawm Newspaper, on Thursday, 11/25/2021. We would appreciate it if you allow us to respond to your comment.

First: Our sincere thanks and full appreciation to your newspaper, and to your honorable person, who always accustomed us to publish through his column the publications of Hizb ut Tahrir, at a time when many people of the press and media are ignoring what they receive from the publications of the party; its leaflets, statements, etc. which deals with burning and important issues in the Sudanese political arena or elsewhere, as they do not mention them either negatively or positively, or even as a matter of news, which is inconsistent with true professionalism and claimed impartiality.

Second: Your claim that Hizb ut Tahrir supports Al-Burhan by saying: “Now Hizb ut Tahrir has revealed its affection towards Al-Burhan without equivocation…” is a statement that contradicts the truth. The path line of Hizb ut Tahrir is crystal clear in the same manner the sun is clear in the middle of the sky, as it seeks to resume the Islamic life by establishing the Khilafah Rashidah (rightly-guided Caliphate) state upon the method of the Prophethood. It works with the Ummah to make this a crucial issue for it, and demands the people of strength and protection to hand over power to the Ummah, to support Hizb ut Tahrir to establish the Khilafah Rashidah upon the method of Prophethood, and to give a pledge of allegiance to a Khaleefah (Caliph) who will establish among them the Book of Allah (swt) and the Sunnah of His Messenger (saw). As for Al-Burhan and other Muslim rulers in parts of the world, they are all agents in our view, they rule by other than what Allah has revealed, and they carry out the plots of the Kafir colonizer in Muslim countries. Also, where is the affection in the bulletin that showed that what is happening in Sudan is an American conflict (represented by Al-Burhan and those with him), and English (represented by Hamdok and his group)?!

Third: Your talk and your demand for Hizb ut Tahrir to transcend fragmentation, and the differing visions in one hundred states (as you mentioned)… We say that fragmentation was initiated by the colonial Kafir, for he is the one who tore the nation apart by demolishing the Khilafah in Rajab 1342 Hijri corresponding to March 3, 1924, when he divided the Muslim countries into national cartoon mini-states whose function is to serve the colonial Kafir. It is neither the service of the Ummah nor its revival, and what Hizb ut Tahrir is doing is the only way to the Ummah’s revival and unity. The Khilafah, as you know, is the only one who unites the Ummah into one political entity that cuts off the hand of the Kafir colonialist who tampered with the capabilities and resources of our country through its agents of rulers and some politicians and media professionals.

In conclusion, we ask Allah the Almighty to make you and us advocates of truth, faithful to Allah Almighty, striving to arbitrate Allah’s laws on earth through the second Khilafah Rashidah upon the method of Prophethood.