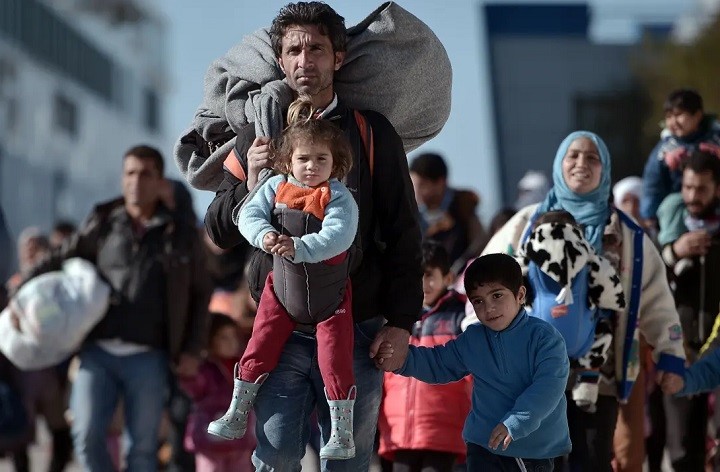 Every hundredth inhabitant of the planet is a refugee. Their number has doubled over the past decade and today exceeds 82 million. This is stated in the UN report. The growth of their number was hardly influenced even by the borders that were closed for the last year and a half because the majority of migrants are “internally displaced persons”, that is, those who became refugees in their own country.

Most of the refugees are still Syrian by nationality. There are 6.8 million of them. In the second place are Palestinians, in the third place are Venezuelans. Together with South Sudan and Myanmar, citizens of these five countries make up two-thirds of the refugees. 42% of migrants in the world are minors. (https://ru.euronews.com/2021/06/18/un-refugees-report)

Recently, the image of migrants has undergone major changes in the eyes of many Europeans. If earlier they almost always evoked sympathy and a desire to help, and many EU citizens criticized their countries for not doing enough to alleviate the plight of migrants; today, moods have begun to change. The word “migrant” is already causing a sharp negative reaction. The unprecedented influx of immigrants also causes friction between the Western countries themselves, which cannot agree on quotas for receiving “uninvited” guests.

In March this year, some 200 refugees, out of some 35,000 Syrian citizens residing in Denmark, received letters of withdrawal of refugee status. Currently, only two European Union countries consider Damascus a safe place for refugees to return. One is Denmark, the other is Hungary. This is probably just the beginning.

The current migration crisis faced by Europe is the largest since the Second World War due to the manifold increase in the flow of refugees and illegal migrants to the EU from North Africa, the Middle East and South Asia. Europe turned out to be unprepared for such a number of migrants, their reception and distribution.

It is noticeable that the problem of refugees has become a heavy burden for Europe, and there is still no understanding of what to do.

The UN notes that new conflicts are constantly added to the “old” ones.

June 20 is World Refugee Day, established at the initiative of the United Nations. In an effort to draw public attention to this issue, Pope Francis issued an address:

“Let’s open our hearts to refugees. May they share their sorrows and joys with us. Let’s learn from them courage and resilience, and together we will create a more humane community, one big family.”

All these sensual speeches, appeals to humanism, expressions of concern are statements of powerlessness and even unwillingness to find a radical solution to the refugee problem.

We see that all the responsible persons who voiced this question from the high rostrum are diligently avoiding the topic of researching the root cause. It is quite obvious that the solution to the refugee problem, like any other problem itself, is in direct proportion to the understanding of the true cause of its occurrence. It is a universal formula, the use of which is guaranteed to find effective solutions.

But an analysis of the political and economic situation and the structure of relations with the outside world in Africa and the Middle East allows us to draw a different conclusion. Namely, that conflict and poverty are a direct consequence of the colonial policy of the West.

Yes, colonialism is not a dark story from the past. It did not disappear, but transformed into neo-colonialism, changing only the forms of expansion.

New, modern neo-colonialism is understood as veiled forms of redistribution of national wealth, in which financial instruments play a leading role, for example, the provision of loans and subsidies (through international financial organizations) in order to determine the country’s economic policy, the formation of financial dependence of developing countries (“debt trap”) , the use of the reserve currency of leading countries in international trade and etc.

Along with this, the departure from military-political methods to economic ones did not mean a complete rejection of their use. Modern military-political methods of redistributing national wealth from the periphery to the center provide for interference in the internal affairs of countries, the organization of coups and “color” revolutions, incitement to ethnic hatred, speculation in the concepts of “democracy”, “human rights”, “freedom of speech”, military pressure, more rarely, open military intervention.

Even the most general examination reveals the main features of the neocolonies in the above-named regions in the economic, political, cultural, military, etc. areas.

Here are some signs of neocolonies:

– pumping out material and non-material resources;

– forced political decisions in the interests of the metropolises;

– poverty (in the presence of resources, a huge flow flowing away to the metropolis)

– low life expectancy and quality of life of the population;

– consumption of products by the population in accordance with lower standards;

– the desire of the inhabitants of the neocolonies to emigrate and send their children to study and live in the metropolis, etc.

The main feature that distinguishes neo-colonialism from traditional colonialism is that the country is governed by representatives of the indigenous nation, who make up the ruling elite, but it rules, as under colonialism, in the interests of the metropolis.

Even without detailing, the facts of the implementation of neo-colonial policy by Western countries in relation to the so-called developing countries become quite obvious.

Although the goal of the neo-colonialists is economic domination, they do not limit their actions to the economic sphere. Old colonial instruments are used, methods that are now called “soft power”. It is about religious, educational and cultural penetration. It all depends on the region that is defined for the application point. If these are Muslim countries, then the emphasis is on the second direction, because Muslims are carriers of the ideology of Islam, the revival of which in the form of the state of the Caliphate is a nightmare for the West.

Thus, due to the above, military conflicts and poverty arise, which force people to leave their homes. Therefore, the only effective solution to the refugee problem is that the European colonialists must “pack their bags” and go home, mostly from Muslim countries.

Yes, this is a difficult decision, stating the inconsistency of their values and fictitious development, tied to the resources they colonized from the state. But there is no other alternative.