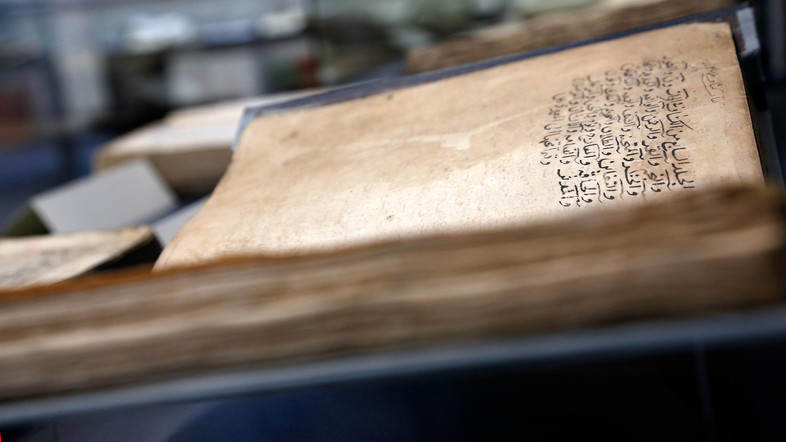 Our Sheikh, may Allah protect and aid you to carry this trust, and may Allah grant you the victory soon, by Allah’s permission.

Allow me to ask this question in Usul ul Fiqh:

“The Zakaat of the sheep is in the grazing ones of them are forty up to one hundred and twenty sheep” [Compiled by Al Bukhari].

It is true that this text has a Mantooq (literal expression) which is the Zakaat of the grazing sheep, and it has a Mafhoom (understanding/connotation) of Mukahlafah (opposite) that no Zaakat on the non-grazing sheep. However, this text denotes by expression of a ‘illa too, because the word“سَائِمَتِهَا”“grazing” is a description that is understood, because most of the time it is stall-fed and there is no Zakaat in the stall-fed sheep, so here it is said that in addition to the Mantooq and Mafhoom of the text, there is ‘illa i.e., the Ma’qool (reasoning).

“And the family of Pharaoh picked him up [out of the river] so that he would become to them an enemy and a [cause of] grief” [Al-Qasas: 8].

Accordingly, the answer to your question is as follows:

“Verily! The order of taking permission to enter has been enjoined because of that sight, (that one should not look unlawfully at the state of others).” [Extracted by Al-Bukhari]

Or from the Mafhoom, like the ’illah by indication as we mentioned in the hadith before:

“The Zakaat of the sheep is in the grazing ones of them, if they are between forty and one-hundred-and-twenty sheep”,

We have elaborated these matters in our books. I will quote some of what is stated in our books:

In the book, Islamic Personality Volume 3, on pages 66-68 (Arabic version), it states:

Also in the book Islamic Personality: page 347-349 (Arabic version) under the Chapter of ‘illa, it states:

[…If the text doesn’t include ‘illah, it has a (mantooq) literal meaning and a (mafhoom) connotation, but it doesn’t have the (ma’qool) ‘illah, then no other thing can be a supplement to it at all. But if the text includes a ‘illah, i.e., the verdict in it is joined to an indicative description, that means it has a literal meaning, a connotation, and an indicative description, then other things can be supplemented to it. So, the existence of the ‘illah makes the text include other kinds and individuals of incidents. This inclusion is not by its literal meaning, nor is it by its connotation, but by the supplementation, because they share in the ‘illah that came in it. So the ‘illah has something new in addition to the indication on the verdict; that is the reason for legislating this verdict…]

The link to the answer from the Ameer’s Facebook page.