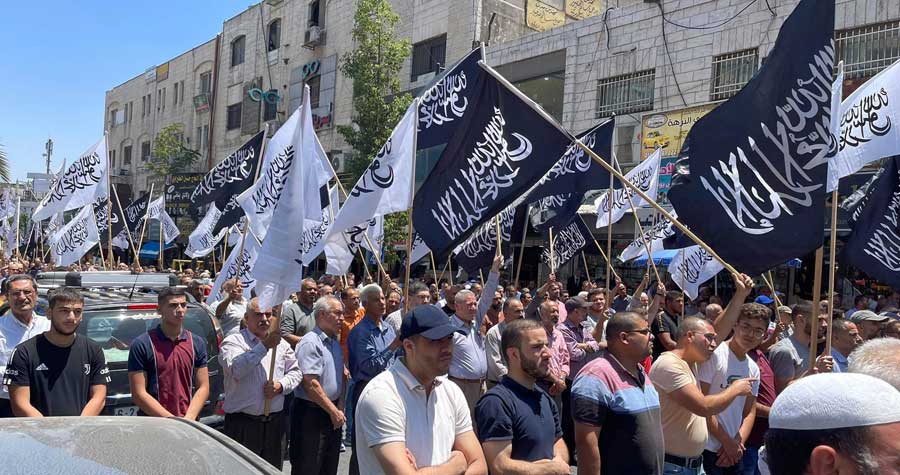 On Saturday, June 26, 2021, Hizb ut Tahrir in the Blessed Land – Palestine organized two mass protests amid the anger that arose after political activist, Nizar Banat was assassinated regarding his criticism regarding the suspicious vaccine deal between the Palestinian Authority and the Jewish entity. The demonstrations that took place in Ramallah and Hebron rejected the crimes of the Palestinian Authority and its political oppression. The two Media Representatives of Hizb ut Tahrir / Blessed Land – Palestine Eng Baher Salah and Dr. Ibrahim Al-Tamimi spoke to the crowds. The two representatives confirmed the assassination of activist, Nizar Banat, as a reprehensible crime that affects every Muslim.

Eng. Baher Salah demonstrated in his speech that the Palestinian Authority with its barbaric behavior was founded to secure the occupation, he called for them to be held accountable for their crimes and expose their reality. Dr. Ibrahim Al-Tamimi affirmed the PA’s subservience before the Jewish entity that wants to silent the people over the crimes of the government. The two speakers called on the people to renounce the PA government and for the people of Palestine to remain steadfast in the face of the oppressors and that soon Allah (swt) willing will honor us with the Khilafah (Caliphate) on the method of the Prophethood. 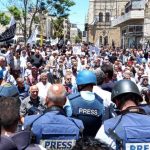 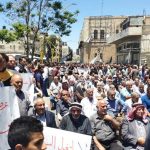 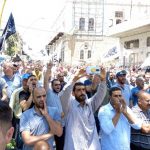 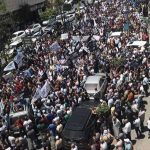 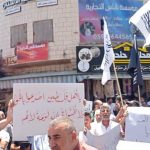 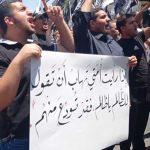 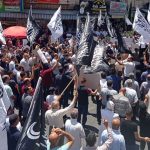