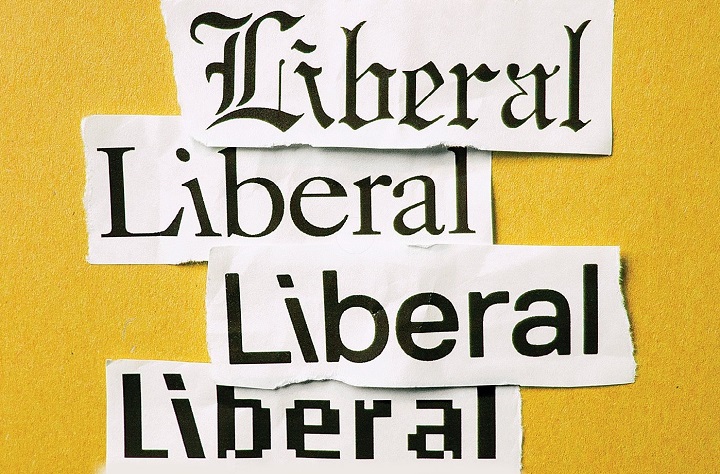 In universities, students are being encouraged to adopt liberal ideas. They are told that it is the only way to become fair and ‘accepting’ of all minorities. Because unless we adopt liberal ideas, we’d have bias and oppression. These ideas are becoming increasingly attractive, as people look around the world and see minorities being mistreated. They are told that if there is oppression in non-Western countries, it is because they aren’t liberal enough. And if there is oppression in Western countries, it is because a few people were corrupt, but the system is there for everyone.

Despite arguments, to the contrary human rights are flawed. There is a constant tension within societies over who will rule because being in a position of ruling gives them the power to make their own beliefs or culture dominant; those who aren’t in power, aren’t guaranteed their basic human rights.

“All citizens of the state shall be treated equally regardless of religion, race, colour or any other matter. The state is forbidden to discriminate against its citizens in all matters, be it ruling or judicial, or caring of affairs.” (Article 6 of the Draft Constitution)

Furthermore, “Every citizens has the right to become a member of the Majlis Ul Ummah, provided he or she is both mature and sane. This applies to Muslims and Non-Muslims. However, membership to non-Muslims is confined to their voicing of complaints in respect to unjust acts performed by the rulers or the misapplication of Islam upon them.” (Article 103 of the Draft Constitution)

And the Messenger (saw) said

“Whoever oppresses a Mu’aahid (non-Muslim under covenant) or degrades him or burdens him above his capacity or takes something from him without good intention then I am his opponent (arguing against him) on the Day of Judgment.” (Abu Dawood).

As we can see from the evidences, the differentiation that exists is between Muslim and Non-Muslim citizens. But even so, the distinction that exists is not related to the caretaking of the citizen’s affairs; it is not permitted for the State to distinguish or differentiate between its subjects but rather it is obligatory for it to treat all of them in accordance to the same single treatment without any distinction based upon ethnic origin (race), colour, gender or Deen (religion).

Some people argue that distinguishing between the Muslims and the non-Muslims is discrimination, as it provides the Muslims with rights that it did not provide to others and particularly within the area of political participation.

To understand how this is not the case, we need to understand the reality of the Islamic legislation. Islam has a comprehensive system for all of the affairs of life. Even though this system emanates from the Islamic Aqeedah, it is not confined to the spiritual aspect. It also represents legislations and laws that are viable to be applied within a State. When Islam commands the application of this system, it only views this from the legislative and law perspective and not from the spiritual or religious angle. As such, it has commanded the application of the Ahkaam Ash-Shari’ah upon all of the subjects of the State without paying any regards to the difference in their Deens with the exception of those Ahkaam which are specific in their nature to the people of a particular Deen and in which the Deeni aspect is dominant.

It looks at mankind in accordance to their human description and it has made its (legislative) address directed towards the human. The Islamic legislation treats all human problems as human problems alone and not with any other consideration; the problem requires a solution, and the solution is in accordance to what is suitable for it. As such, the Islamic legislation does not recognise discrimination in respect to its Ahkaam at all. This does not mean that it provides the same single ruling to all of the people in respect to every single issue but rather it gives consideration to the particular characteristics in its legislation that fits with the reality of the issue that is desired to be treated. So for example when Islam organised and regulated the relationship of the man with the woman, it paid attention to the male and female characteristics due to their direct relation to this issue. Similarly, when we look at the differentiation between Muslim and Non-Muslims, it becomes apparent that this difference has been made a requirement due to the nature of the issue (Mas’alah) and that this was necessary; however, this is not discrimination.

As an example, Islam has made belief in Islam a condition for the Haakim (ruler) and it has not permitted these positions to be occupied by a non-Muslim. This is because the Islamic State implements the Islamic Shar’a (legislation) internally and carries the message of Islam to the world externally by way of Da’wah (invitation) and Al-Jihaad. As such, the role and work of the Hakim (ruler) within the Islamic State revolves around the application of the Ahkam of Islam and taking care of the affairs (of the people) in accordance to the Ahkam Ash-Shar’iyah (Islamic legislative rulings) in addition to the carrying of the Islamic Da’wah to non-Muslims outside of the State. These actions dictate and require by their nature that the one undertaking them already believes in Islam as an Aqeedah and Sharee’ah as it is inconceivable that Islam will be implemented and applied and that the Da’wah will be carried to the world by someone who does not believe in it.

There are many Ahkam Ash-Shari’ah which provide the Ahlu dh-Dhimmah with rights which are not afforded and provided to the Muslims; however, again this is not due to any form of discrimination or differentiation in favour of the Ahlu dh-Dhimmah and against the Muslims, but rather it is due to paying consideration to the two descriptions of Islam (belief) and Kufr (disbelief) and their connection to a particular issue. So the Shari’ (Islamic legislation) has made the Zakaah obligatory upon Muslims whilst it did not make it obligatory upon the Ahlu dh-Dhimmah and this is because it is an ‘Ibadah (act of worship) whilst it is not valid to oblige ‘Ibaadah upon the Dhimmi. The Shari’ah has also obliged the Muslims to pay taxes in the case when there is need for that whilst it did not oblige this upon the people of the Dhimmah and as such it did not go beyond that which was obligatory upon them in respect to the Jizyah. The Shar’ permitted the people of the Dhimmah to eat pigs, drink alcohol and to sell them whilst if prohibited that upon the Muslims making it a punishable offence for them.

This is in addition to other Ahkaam (legal rulings), which appear in the absence of deep thought in respect to their realities, to provide more rights to the Dhimmi than they do to the Muslim. However, in reality there is no differentiation or preference between and amongst the people but rather they are provided with the rights in accordance to the descriptions which have an impact upon the provision of that right.

We saw the effect of this under the Khilafah, when after the Battle of Badr, the prisoners of war chose to stay with the Muslims rather then return to their people (due to how well they were treated), and when the Christians sided with the Muslims during the Crusades. As citizens of the Islamic State, they were given rights and protected despite the fact that they were of a different religion.

Because a human’s rights are given to them by Allah (swt), they are protected by the Islamic State and that will be in the near future (insha’Allah).