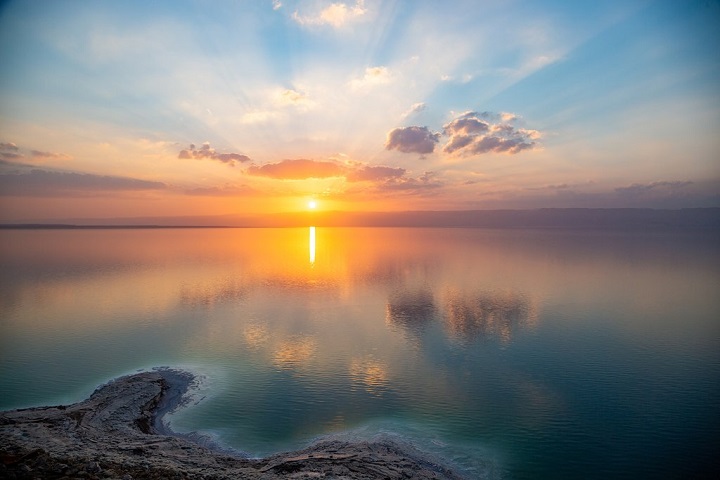 The people of Jordan in particular, and the Muslims in general, became certain of the growing deterioration and decline in their political, economic and life conditions, and the humiliation and decadence brought upon them by their puppet rulers, who based their rule on America, Britain and the kaffir West. The people did not choose any national country, established on the ruins of the Khilafah (Caliphate) State on this day of Rajab, more than one year before the Hijri century, rulers were not chosen by the people, but rather they were brought with complete ruling deals to establish borders and fragmentation between the Islamic Ummah, to remove the rules of Islam from life, to establish secularism and plunder the country’s wealth, and most importantly, to put obstacles In front of the return of the Khilafah Rashidah (rightly-guided Caliphate) State and to suppress those who work for it, otherwise what explains the Jordanian regime’s Security Court’s ruling of four years imprisonment for two members from Hizb ut Tahrir, solely because they said, “Our Lord is Allah”?

The existence of the nation states, which the kaffir Western colonizers created, failed to separate the Islamic Ummah from its Deen and the unity of its feelings towards its Deen, its multiple issues and its same rituals. It made belonging to the national state vanish, despite the desperate attempts of so-called political reforms and participation in decision-making. The general Muslims’ rejection of these nonsense is only evidence of intellectual bankruptcy of the Ruwaibidah (ignorant petty) rulers, and the Ummah’s alignment towards belonging to its Islamic identity, specifically its longing for the establishment of the Islamic state. These nation states are a product of colonialism that has led these lands politically and economically to hit rock bottom, and has adopted the colonizer’s projects that guarantee the continuation of its dominance over the Islamic Ummah, and its continuous war against Islam and Muslims.

The issue of the necessity (wajib) of establishing the Khilafah has been settled throughout the ages and the Companions, may Allah (swt) be pleased with them, unanimously agreed on it in the Saqifa of Bani Sa’idah and so did the majority of scholars after them. The issue here is the Muslims’ realization of this obligation and working for it, and their awareness of the obligation of its establishment on them, as well as their awareness of the conspiracy of the enemies of the Khilafah to prevent its return and their diligent work to put obstacles and blocks in the way of its establishment. The rulers of the kaffir countries are fighting the return of the Khilafah because they understand the meaning of its return. They have lived through it before and read its history well, and they realized that its existence means that their hegemony or colonization over Muslim countries will no longer exist after today, and that the Khilafah will knock on their doors, to carry the message of Islam to them and their people, and that they will be held accountable for their heinous crimes in Muslim countries during its absence, and that their savage and rotten capitalist system will collapse.

It is not only Muslims who have suffered from the absence of the Khilafah State and the non-implementation of Islam, but the whole of humanity has suffered as a result of the brutal capitalist colonization. Here they are led by benefit, domination and destruction, whether from America and Europe in the West or Russia and China in the East, and they are all equally hostile to Islam, they fight and destroy each other in Ukraine, and they are led by their arrogance. They also killed hundreds of millions in world wars that humanity did not witness during the rule of Islam when the Khilafah State prevailed in the world.

In the midst of this corrupt capitalist ideology, Western political and media commentators today have not hidden their deep hatred against Islam and Muslims, with their announcements that those who are being displaced and killed are the Ukrainians with white skin and blue eyes possess civilization and progress, and not from the people of Afghanistan or Iraq

“Hatred has already appeared from their mouths, and what their breasts conceal is greater. We have certainly made clear to you the signs, if you will use reason” [Aal-i-Imran: 118].

They view Muslims with contempt and arrogance and that it is permissible to shed their blood, so how can the Muslims not be aware and view their Deen and State with pride and dignity the Khilafah State, and they work with workers to establish it?

The Islamic lands have throughout history been synonymous with the Khilafah. The abolition of the Khilafah on the 28th of Rajab 1342 AH inspired and motivated many Islamic intellectual movements and projects in order to restore it, although its adoption as a serious goal and objective for the groups was limited to Hizb ut Tahrir, whose name was organically associated with the establishment of the second Khilafah Rashidah. The Khilafah means Islam in its political form and the practical unity of the Islamic Ummah, and it is not an idea that Muslims need to demonstrate or invent anew. It was present in all aspects of the Islamic state, but the absence of the Khilafah simply means that Islam has not been allowed for more than a century to be Islam.

The Khilafah is the vital issue of Muslims, through which the Hudood are established, honours are preserved, the lands are opened, Islam and Muslims have empowered, and all of this is clarified in the Book of Allah (swt), the Wise and Powerful, and in the Sunnah of His Messenger (saw), and the consensus of his Companions, may Allah be pleased with them. It is sufficient for a Muslim to reflect on how great is the obligation of the Khilafah is, for the Messenger (saw) says:

“…he who dies without having taken an oath of allegiance will die the death of the Jahiliya (in sin).”

Because of the greatness of its establishment, the Companions, may Allah be pleased with them, were busy establishing the Khilafah and giving a pledge (bay’ah) to the caliph before they were busy burying the Messenger of Allah (saw). Then, on the day of his death, Umar, may Allah be pleased with him, set a time limit for electing the caliph from the six companions promised Jannah, not more than three days.

The obligation of the establishment of the Khilafah is not limited to the members of Hizb ut Tahrir, but it is upon every capable Muslim, so support us, O Muslims, and help us, O Muslim armies, and restore the life of the Ansar when they supported the Deen of Allah, and Allah made them equal to the immigrants, praised them and was pleased with them in the noble Book without restriction, but restricted that to the followers in goodness.

“And the first forerunners [in the faith] among the Muhajireen and the Ansar and those who followed them with good conduct – Allah is pleased with them and they are pleased with Him, and He has prepared for them gardens beneath which rivers flow, wherein they will abide forever. That is the great attainment” [At-Tawba: 100].

“And that day the believers will rejoice (4) In the victory of Allah. He gives victory to whom He wills, and He is the Exalted in Might, the Merciful” [Ar-Rum: 4-5]