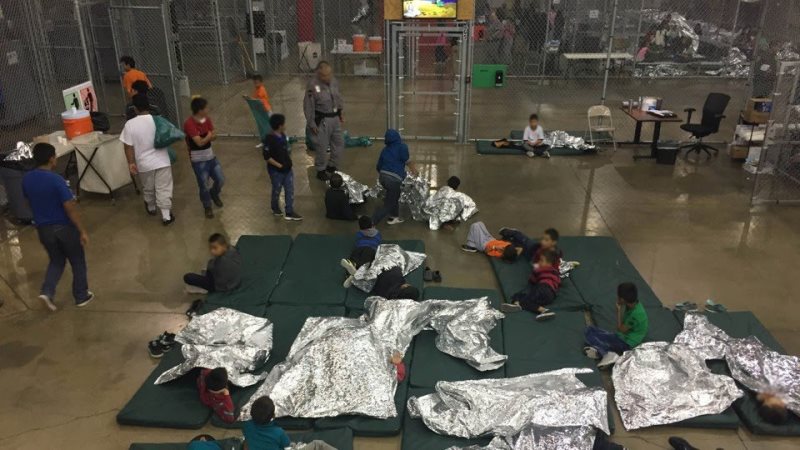 The world has been reminded of the callousness of the secular world order this week, as American President Donald Trump gloated about his determination to expel undocumented migrants, even if that means separating children from parents. With more than 2000 such separations in the last 6 weeks, questions are being asked about the inhumanity of such a policy. Trump defended his actions stating that they might be criminals, adding “They are thieves and murderers and so much else!”

Even though all Western economies are built on the sweat and sacrifices of migrants, whether economic or otherwise, there is little recognition of this fact. Trump’s spurious and slanderous allegation about the potential criminality of the undocumented migrants ignores the fact that America has plenty criminal citizens who have no connection with recent immigrants.

Furthermore, while the British media is currently focusing emotional attention on the plight of the separated children, it seems to have forgotten that Britain has only recently had its own immigration scandal, when it attempted to deport elderly migrants, known as the Windrush generation, and their offspring, who had been invited to Britain to rebuild the economy after the Second World War. This was part of a deliberate policy to make Britain a hostile environment for immigrants, as instructed by Prime Minister Theresa May, when she was the Home Secretary. It is worth noting that, although President Trump is particularly blunt in his statements, his policy is not new. President Obama deported more immigrants than any other.

The subject of immigration will forever divide the Secular Western nations, between the capitalists who view all matters exclusively as economic issues, and the rest of the people who have not completely surrendered their humanity to expedient self-interest, despite their adoption of the secular creed. Secularism itself does not place any value on human life, for we are all expendable commodities whose value is derived from benefit that we can produce. When we are useful we have value, otherwise we do not.

This is the harsh reality of secularism that the media deceptively diverts the people’s attention away from, even though it is the basis of all government decisions, as it is the only criteria that the secular elite recognise.

Islam offers a superior view of humanity to the world. The value of a person is not judged according to how beneficial they are, but rather they have a fixed value that is enshrined in the unchanging Shariah explained by the Prophet Muhammad ﷺ more than fourteen centuries ago. Economic migration is generally disliked in the West today, while it is positively encouraged in Islam. The Islamic State’s foremost goals are the nurturing of Islam in its citizens, and the propagation of the message of Islam to the world. Encouraging people to come to live under the just Islamic system is one of the best ways for them to understand Islam, and was indeed the main reason for so many people embracing Islam over the centuries.

The ordinary people of the world should know that the secular world order – with its democracies, financial institutions, and multinational corporations – only exists to serve the interests of a tiny elite. The slogans of rights for migrants or any other human are merely empty words designed to fool the people, diverting their attention from the true evil of the capitalist elite and their policies.

Allah (swt) says in the Quran,

“And if any one of the polytheists seeks your protection, then grant him protection so that he may hear the words of Allah. Then deliver him to his place of safety. That is because they are a people who do not know”. [At Tawbah: 6]