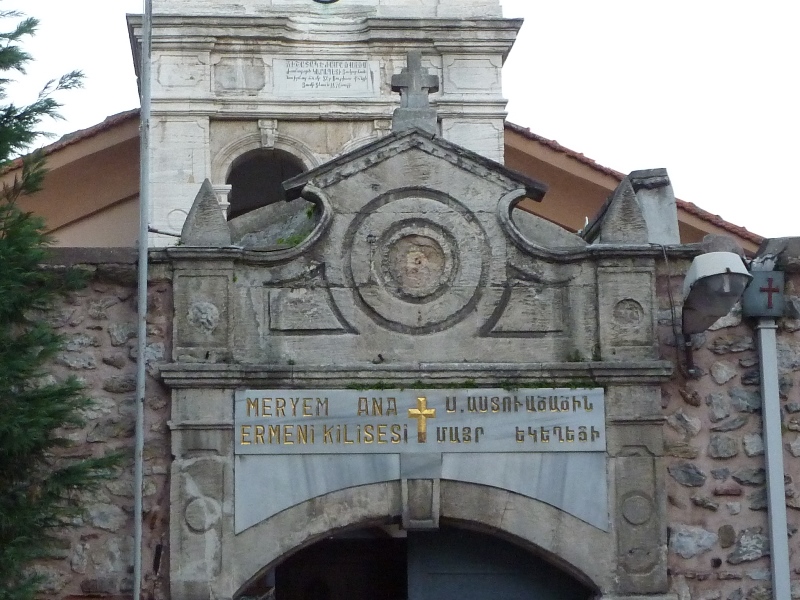 On Friday morning, 22/6/2018, during President Michel Aoun’s speech at the inauguration ceremony of the new headquarters of the Syrian Orthodox Church, which was live casted on all Lebanese satellite channels, he said: “The Ottoman Sultanate during the reign of Sultan Abdul Hamid II committed massacres against Armenian Christians during the period 1894 to 1896, in which over 300 thousand were killed…” It was also mentioned that Christians were a majority and turned into a minority in the East.

In light of the fierce attack on the displaced Muslims of the people of Ash-Sham, and the quest to naturalize non-Muslims, we hear claims that are alien to the truth, while historical facts prove the good treatment of the Islamic Caliphate during various eras to its non-Muslims nationals, and their centers and places of worship that are wide-spread in our countries attest to this. Whereas, the Muslims in Andalusia under the rule of other than the Khilafah were killed, and the Islamic Caliphate was always a safe haven for the Christians of the East from the attacks of the Western Romans and had long preferred belonging to the Caliphate over the injustice of their own people, and the inviolability of attacking the people of Dhimma in Islam is well known, Rasulullah ﷺ said: «مَنْ قَتَلَ مُعَاهَدًا لَمْ يَرِحْ رَائِحَةَ الْجَنَّةِ وَإِنَّ رِيحَهَا تُوجَدُ مِنْ مَسِيرَةِ أَرْبَعِينَ عَامًا»  “Whoever killed a Mu’ahid (a person who is granted the pledge of protection by the Muslims) shall not smell the fragrance of Paradise though its fragrance can be smelt at a distance of forty years (of traveling).”

The accusation of the haters of the Ottoman Caliphate and the Caliph Abdul Hamid II that he committed massacres against the Armenians is a false claim. Christians were present in Syria, Iraq, Greece and elsewhere, and their allegiance was to the Caliphate, and the letters of the leaders of various churches to the Sultan were proof of this, including the letters of the Maronite Patriarch Elias Al-Huwaik and his visit to Sultan Abdul Hamid II, who helped him with 10 thousand pounds of Ottoman golden Lira for the people in church. Despite the intervention of European countries to destabilize the Muslim countries at that time and encourage discrimination and fighting between the nationalities and communities of the Sultanate, especially Christianity considering that they are closer to the Christians than Muslims, but the care of people was upscale, and the Sultanate punished the agents of the West who participated in weakening the Sultanate. Some agents of the Armenians betrayed the covenant, conspired against their protectors who provided them with safety and security, and secured all their rights. They collaborated with the Russians against the Sultanate so it was natural to punish these traitors. These punishments did not exceed the traitors, and some of them were transferred from the Russian border where the war took place to secure places within the Sultanate, such as Lebanon and Syria.

As for the reason for the decline of the number of Christians in the East, it was because after the destruction of the Ottoman Caliphate and the absence of Islamic rule, in which they constituted 20% of the population, after colonialism and the problems and absurd wars thereafter, their population reduced to 5%, and the abstention of Christian families to have more than one child or two children in a time when Muslim families gave birth to a large number of children also contributed to this. Furthermore, opening the door to migration to the West also contributed to reducing that proportion.

So we ask that non-Muslims whom we live with to be fair and not repeat false claims against those who protected and looked after them, and in this regard, we recall the imminent establishment of the righteous Caliphate on the method of the Prophethood, which will unite the Muslim lands and govern by the law of Allah and we will live with non-Muslims as we did before, under its care with security, safety, justice and peace.