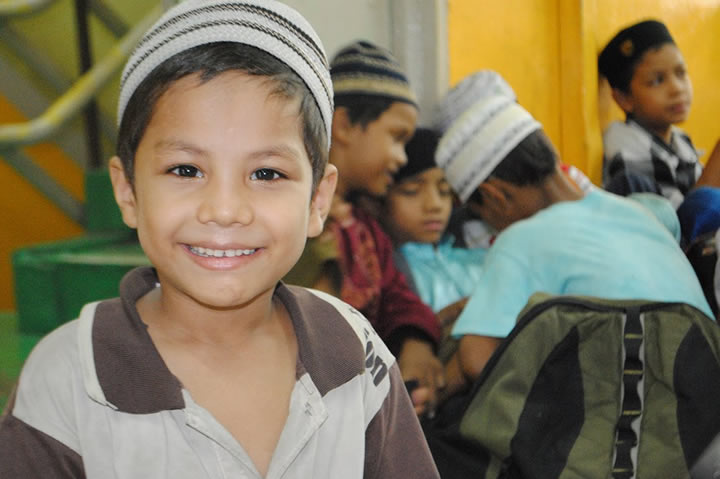 As reported by Tempo, the Indonesian consul in Tawau Malaysia on Monday, April 12, 2021, released a total of 242 alumni of Community Learning Center (CLC) and Kota Kinabalu Indonesian School (SIKK) alumni who will continue their education in Indonesia. This repatriation program is an annual collaboration between the Ministry of Education and Culture of the Republic of Indonesia and Indonesian Representatives (KRI Tawau and KJRI Kota Kinabalu), SIKK and the Sabah Bridge Education Foundation (SB). The repatriation also aims to reduce the number of illegal Indonesian citizens abroad, especially Malaysia. Until the departure of this 4th stage, a total of 602 student alumni have been sent back to Indonesia to continue their education to a higher level.

However, not all migrant worker’s children are lucky to receive this repatriation scholarship. According to 2019 Ministry of Home Affairs data, at least 43,445 children or young people, under the age of 21, are categorized as stateless. This number is only recorded, the actual number is likely much higher, reaching hundreds of thousands of children. Migrant Care Program Officer in Kuala Lumpur, Nor Zana binti Mohamad Amir confirmed, the emergence of the phenomenon of stateless child migrant workers, because there are Malaysian immigration rules that prohibit fellow migrant workers from marrying or between migrant workers and Malaysians, let alone having children.

Apart from citizenship issues, children of migrant workers are also haunted by the lack of access to education. For stateless children, it is difficult for them to get access to education in Malaysia. Instead, they can only receive informal education, such as Qur’an reading or study independently with their parents at home. Plus their parents prefer to employ their children in the fields to help them instead of struggling to send their children to school.

Comment:
Economic inequality and human labor market that exists in the capitalist system has obviously had a long lasting impact on generations of Muslims. In addition to the practice of exploitation similar to slavery which has long been in the spotlight, the birth of a generation of stateless Muslim children has become a further problem that is no less devastating.

This is exacerbated by the transactional system between the two Muslim nations that is separated by an artificial boundary between Indonesia and Malaysia which shows that the governments of these two countries value economic growth more than innocent children. It is not surprising that almost all nationalist capitalist countries will not attach importance to the fate of those who are not citizens of their country, even to those who are vulnerable and weak.

The effort to repatriate children of Indonesian migrant workers through scholarship in Malaysia is still a surface effort and remains a formidable challenge for the future as long as economic disparities are created between the two countries and the capitalistic labor market is maintained while at the same time the secular citizenship system remains the foundation. For information, Malaysian law adheres to the ius sanguinis principle, where nationality is determined on the basis of lineage. As a result, a person is recognized as a Malaysian citizen if he has parents who are Malaysian citizens, either both parents or one of them.

Indonesia and Malaysia need to review the paradigm of Islamic citizenship as an alternative system that is integrated with the Islamic state system, namely the Khilafah (Caliphate). Where according to Islam, a person’s citizenship is based upon the place which he chooses as his residence. Therefore, if he chooses to live within the Khilafah and accepts to be loyal to the state and live under the laws of Islam, he would be granted citizenship and be entitled to enjoy all the rights this entails, regardless of his nationality or even faith. This is in accordance to the hadith of the Prophet (saw) where he said,

The Khilafah is therefore forbidden to discriminate at all based on ethnicity, nationality, colour or belief in granting citizenship. It is also prohibited from discriminating between its citizens in any matter, be it ruling, judiciary, caring for their affairs, or protection of their life, honour or wealth. All citizens of the state must be treated equally regardless of religion, race or any other matter, and enjoy the same justice and fairness, for Allah (swt) says,

“When you judge between people to judge with justice.” [An-Nisa: 58]. The Prophet (saw) also said,

“The Imam (Khalifah) is a guardian and he is responsible for his subjects.”

The term subjects is ‘general’ and includes all the subjects, Muslim and non-Muslim alike. This is why at the time of the Khilafah, the Jews of Spain who were being persecuted by its Christian rulers during the Spanish Inquisition, fled to the Khilafah, knowing that they would welcomed there, be provided refuge and be given the right to live as citizens of the state.

Indeed, it can be understood that the re-establishment of this glorious state would raise the bar of the international norms and expectations by which states treat their minorities, refugees and populations which today has reached sub-human levels due to the appalling standards set by the self-serving, unethical, and heartless capitalist states and system which dominates international politics.