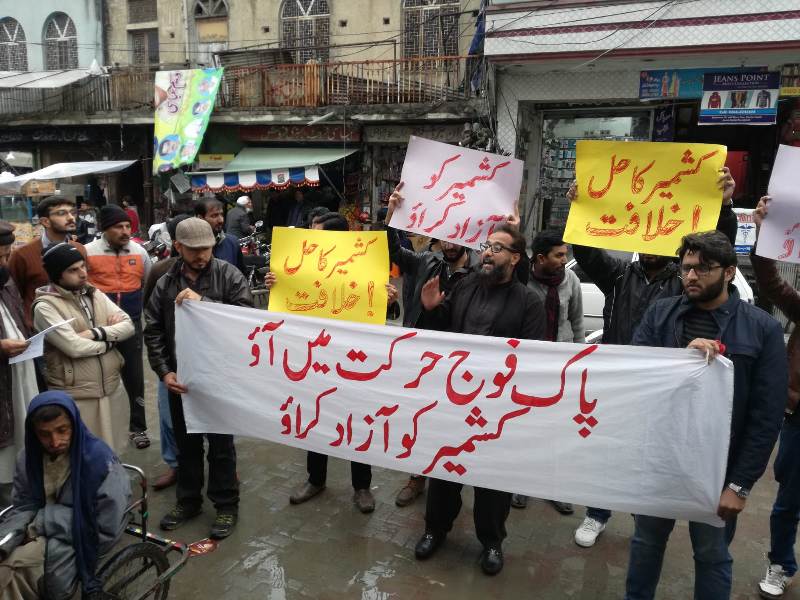 Without doubt, the need for change has intensified. An avalanche of hardships and afflictions has been unleashed upon the Muslim World. Regarding prosperity, in blind submission to the IMF, the current rulers have ensured that increased taxation, inflation, rises in utility and fuel prices and removal of subsidies have broken the backs of the people. Regarding security, the aggressive enemies are bolstered by the inaction of the current rulers, with Muslims suffering all over the world, including the Rohingya, Uighur, Palestinians and Kashmiris.

The varied afflictions strike us all because Fitnah (فتنة Affliction) is not limited to the oppressors who do not rule by all that Allah (swt) has revealed. Allah (swt) said, وَاتَّقُوا فِتْنَةً لَا تُصِيبَنَّ الَّذِينَ ظَلَمُوا مِنْكُمْ خَاصَّةً وَاعْلَمُوا أَنَّ اللَّهَ شَدِيدُ الْعِقَابِ “And fear the Fitnah that does not afflict those who oppress amongst you exclusively and know that Allah is severe in punishment” [Surah Al-Anfaal 8: 25]. Ibn Abbas commented upon the noble Ayah that, أمر الله المؤمنين ألا يقروا المنكر بين أظهرهم فيعمهم العذاب “Allah commanded the believers to stop Munkar from flourishing among them, so that Allah does not encompass them all in the torment (Fitnah).”

The affliction is so severe and encompassing that it even afflicts the righteous who are working for change in accordance to the command of their Lord (swt). Umm Salamah (ra) said, “I heard the Messenger of Allah ﷺ saying, «إِذَا ظَهَرَتِ الْمَعَاصِي فِي أُمَّتِي عَمَّهُمُ اللهُ بِعَذَابٍ مِنْ عِنْدِه» “If sins become apparent in my Ummah, Allah will surround them with punishment from Him.” I said, “O Allah’s Messenger! Will they have righteous people among them then” He said, بَلَى “Yes.” I asked, “What will happen to them.” He said, «يُصِيبُهُمْ مَا أَصَابَ النَّاسَ ثُمَّ يَصِيرُونَ إِلَى مَغْفِرَةٍ مِنَ اللهِ وَرِضْوَان» “They will be stricken as the people, but they will end up with Allah’s forgiveness and pleasure.” (Ahmad)

Thus, divine chastisement visits not only the rulers who are the actual perpetrators of crime. It afflicts those who are working obediently to denounce their crime. It also strikes those who sinfully keep indifferent to the sin and vice around them and do not admonish the wicked rulers. It descends upon those who remain passive and resigned before the oppressors and those who challenge them in their oppression alike.

With respect to our Deen, passiveness and resignation before oppression is a sin. It is like the paralysis through fear before an imminent threat finally strikes. Far from avoiding turmoil and bringing comfort, it invites affliction and suffering in the Dunya and invites the wrath of Allah (swt) in the Aakhira. Rather than resigning to oppression, Islam requires us to be active opponents of oppression and oppressors, as much as we can.  It commands us to become powerful agents of change rather than passive observers.

Yet, in our time, afflictions ravage the Ummah even though the Ummah is more numerous than the small cadre of rulers and possesses the might to remove them through its sons in the people of power and Nussrah, the armed forces. RasulAllah ﷺ said, «مَا مِنْ قَوْمٍ يُعْمَلُ فِيهِمْ بِالْمَعَاصِي هُمْ أَعَزُّ وَأَكْثَرُ مِمَّنْ يَعْمَلُونَ ثُمَّ لَمْ يُغَيِّرُوهُ إِلَّا عَمَّهُمُ اللهُ بِعِقَاب» “Every people among whom sins are being committed, while they are mightier and more numerous than those who do wrong, yet they did nothing to stop them, then Allah will surround them all with punishment.” [Ahmed]. So is it not the case that we must all work to play our role in change, whether it is the influential who raises his voice against oppression, or the military officer who extends his Nussrah for the re-establishment of the Khilafah (Caliphate)?

Those of us who remain passive before oppression must consider that RasulAllah ﷺ said, «إِنَّ النَّاسَ إِذَا رَأَوُا الظَّالِمَ فَلَمْ يَأْخُذُوا عَلَى يَدَيْهِ أَوْشَكَ أَنْ يَعُمَّهُمُ اللَّهُ بِعِقَابٍ» “When the people see a wrongdoer and do not prevent him, Allah will soon punish them all.” [Abu Daud]. And those of us who resign themselves to the oppression must consider that RasulAllah ﷺ said, «وَالَّذِي نَفْسِي بِيَدِهِ لَتَأْمُرُنَّ بِالْمَعْرُوفِ وَلَتَنْهَوُنَّ عَنِ الْمُنْكَرِ أَوْ لَيُوشِكَنَّ اللهُ أَنْ يَبْعَثَ عَلَيْكُمْ عِقَابًا مِنْ عِنْدِهِ ثُمَّ لَتَدْعُنَّهُ فَلَا يَسْتَجِيبُ لَكُم» “By He in Whose Hand is my soul! You will enjoin righteousness and forbid evil, or Allah will send a punishment upon you from Him; you will supplicate then to Him, but He will not answer your supplication.” [Ahmad]

Those of us who do claim that the crimes of the rulers have nothing to do with us must consider that RasulAllah ﷺ said, «مَثَلُ الْقَائِمِ عَلَى حُدُودِ اللهِ وَالْوَاقِعِ فِيهَا وَالْمُدَاهِنِ فِيهَا كَمَثَلِ قَوْمٍ رَكِبُوا سَفِينَةً فَأَصَابَ بَعْضُهُمْ أَسْفَلَهَا وَأَوْعَرَهَا وَشَرَّهَا وَأَصَابَ بَعْضُهُمْ أَعْلَاهَا فَكَانَ الَّذِينَ فِي أَسْفَلِهَا إِذَا اسْتَقَوُا الْمَاءَ مَرُّوا عَلَى مَنْ فَوقَهُمْ فَآذُوْهُمْ فَقَالُوا: لَوْ خَرَقْنَا فِي نَصِيبِنَا خَرْقًا فَاسْتَقَيْنَا مِنْهُ وَلَمْ نُؤْذِ مَنْ فَوْقَنَا: فَإِنْ تَرَكُوهُمْ وَأَمْرَهُمْ هَلَكُوا جَمِيعًا وَإِنْ أَخَذُوا عَلَى أَيْدِيهِمْ نَجَوْا جَمِيعًا»  “The parable of the person abiding by Allah’s order and restrictions in comparison to those who violate them, or sit idle while they are being violated, is that of those who drew lots for their seats in a boat. Some of them got seats in the lower part, which is the most rough and worst part, and the others in the upper. When the former needed water, they had to go up to bring water and that troubled the others, so they said, `Let us make a hole in our share of the ship and get water, saving those who are above us from troubling them, so, if the people in the upper part let the others do what they suggested, all the people of the ship would be destroyed, but if they prevented them, both parties would be safe.” [Ahmed]. Is it not the case that far from passiveness and submission before the oppressors, we must work to prevent their destructive actions, lest we sink further into oblivion?!

Those of us who feel that our individual worship somehow insulates us from afflictions must consider that Zainab bint Jahsh (ra) said that قُلْتُ يَا رَسُولَ اللَّهِ أَنَهْلِكُ وَفِينَا الصَّالِحُونَ قَالَ ‏«نَعَمْ إِذَا كَثُرَ الْخَبَثُ»‏ “I said, Allah’s Messenger, would we be perished in spite of the fact that there would be good people amongst us? Thereupon he said: Of course, but only when the evil predominates.” [Muslim].

So, how is it better to remain inactive and accept the affliction than to work to challenge the corruption even if it means inviting the tyranny of the oppressor? Moreover, to justify their inaction, how can the ones who do nothing in the face of oppression accuse those who work for change by Islam of causing Fitna? How? How, when Fitnah itself in the Quran is used to describe Shirk, Nifaaq, Disobedience, Misguidance and repelling from Truth?

Indeed, how can calling for Islam be described as Fitnah when Shirk is Fitnah? Allah (swt) said, وَقَاتِلُوهُمْ حَتَّى لا تَكُونَ فِتْنَةٌ “And fight them until there is no Fitnah.” [Surah al-Baqarah 2:193]. Ibn Kathir described this as Shirk. Moreover, Allah (swt) considers Fitnah as being worse than fighting and spilling blood, وَالْفِتْنَةُ أَشَدُّ مِنَ الْقَتْلِ “And kill them wherever you overtake them and expel them from wherever they have expelled you, and fitnah is worse than killing.” [Surah al-Baqarah 2:191]

How can the obedient advocates of Khilafah be charged with Fitnah, when Fitnah is Disobedience and Hypocrisy? Allah (swt) said, وَلَكِنَّكُمْ فَتَنْتُمْ أَنْفُسَكُمْ وَتَرَبَّصْتُمْ وَارْتَبْتُمْ وَغَرَّتْكُمُ الْأَمَانِيّ “Yes, but you made Fitnah against yourselves and awaited [misfortune for us] and doubted, and wishful thinking deluded you until there came the command of Allah.” [Surah Hadid 57:14]. Al-Bughwee commented that here the word Fitnah is in the sense of Nifaaq (Hypocrisy) and Ma’aSee (Disobedience).

How can those who denounce the kufr of the current man-made law be accused of Fitnah while Fitnah is the obscuring of the Truth with Falsehood? And Allah (swt) said, وَالَّذِينَ كَفَرُوا بَعْضُهُمْ أَوْلِيَاءُ بَعْضٍ إِلا تَفْعَلُوهُ تَكُنْ فِتْنَةٌ فِي الْأَرْضِ وَفَسَادٌ كَبِيرٌ “And those who disbelieved are allies of one another. If you do not do so, there will be Fitnah on earth and great corruption.” [Surah Al-Anfaal 8:73]. Here it is in the sense of obscuring the Truth with Falsehood.

Certainly, it is not the case that passiveness before the sins of the rulers is a virtue, whilst rising up to challenge them in their disobedience is a sin. No, that’s not the case. We must all together dust off resignation and submission to our circumstances. We must be angered by that which angers Allah (swt) of Shirk, Nifaaq, Disobedience, Misguidance and repelling from Truth. We are numerous and through the Nussrah from the armed forces, we are mighty. Above all, when we rise up against oppression, the Help of Allah (swt) is extended to us. When we do rise up, what we bear of tyranny from the challenged oppressor counts for us and not against us on the Day of Accounting. So if we were resigned and passive in the morning, let us not be in that sorry state in the evening. Let us all contribute as droplets such that we collectively become like the torrential, cleansing rain. Let us not scorn at the single word or small speech in the way for change as if it were the act of the insane. Let us see such actions for change as they are, praised and deserving of great reward. So let each of us be the instruments for change and strive to earn this great praise and reward.