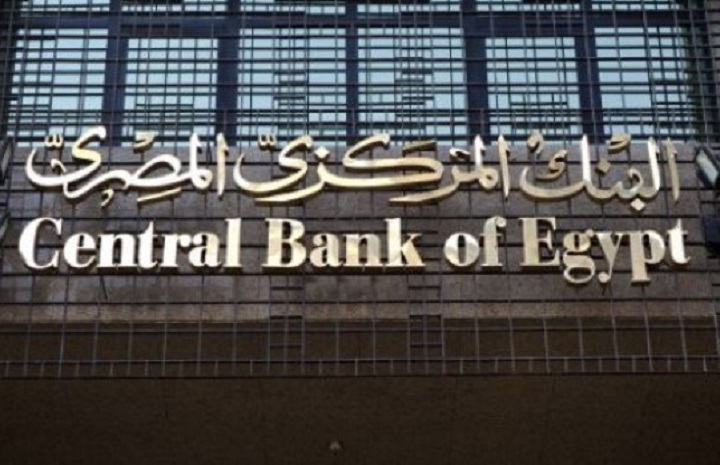 On Thursday morning, October 27, 2022, the Central Bank of Egypt raised interest rates by 200 basis points, during an exceptional meeting, so that the rate of return for deposit and lending overnight became 13.25 percent and 14.25 percent, respectively, and the Central statement included an important paragraph in which it said that: “Reform measures have been taken to ensure macroeconomic stability and achieve sustainable and inclusive growth, and to achieve this the exchange rate will reflect the value of the Egyptian pound against other foreign currencies, through supply and demand, within a flexible exchange rate.” As soon as the decision was issued, the pound began to decline against the dollar at an accelerated rate, as the price of the dollar in banks exceeded 22 pounds, after it was stable for a period at 19.65 pounds, and the dollar continues to increase every moment. (Sky News Arabia, 10/27/22)

The senior official of the IMF’s negotiating team with Egypt on new loans issued a statement on the same day expressing the team’s welcome for the recent measures taken by the authorities and the implementation of a permanent flexible exchange rate system. The move by the Central Bank of Egypt to a flexible exchange rate regime is an important and welcome step in resolving external imbalances, enhancing Egypt’s competitiveness and attracting foreign direct investment. A commitment to permanent exchange rate flexibility in the future will be a cornerstone policy for rebuilding and protecting Egypt’s long-term external flexibility. (HAPI Journal, 10/27/22)

This regime has reached, in its might and tyranny, what its predecessors did not reach, as if it is rushing Egypt into the abyss. These successive loans on top of what they contain of usury and a major sin that angers Allah the Almighty, the West does not grant them to the rulers of our country without conditions, but are attached to political decisions that allows for control of our wealth of materials crude, oil…etc. It opens wide a market for its products, and in reality it is obligatory loans that the West obliges its agents to request and implement the accompanying recommendations, decisions and disastrous policies and the subsequent submission to the West and its companies looting the wealth of Egypt. These loans were and still are a colonial tool in the hands of the West by which it extends its influence over the countries whose wealth is to be plundered. They are a real danger to the country’s independence and its political decision, and the regime and its politicians know this and are well aware of its danger, but they know that the decisions of their masters are obligatory to implement, even on the corpses of the people of Kinana. On top of this, these loans do not get the people of Egypt anything from them, do not contribute to their advancement, and do not give them anything of that decent life that the regime talks about. Rather, they are only affected by the accompanying burdens and obligations and the disastrous policies that devour their savings and devastate their efforts.

This flotation is not the first and it will not be the last, and it is a declared decision in implementation of the IMF policies that allows the companies of donor countries to further loot the country’s wealth and systematic waste of the wealth and savings of the people of Egypt. Perhaps it is part of the process of taming that has not ended, for the people of Egypt who are still rebellious and still hope for salvation from the evil junta and its rotten capitalist system, and the calls for the declared revolution are the best witness.

Surely Egypt, with its wealth, resources, and bounties, and its enormous human energies, is completely devoid of these loans and the accompanying policies and decisions. Egypt has resources that suffice and enrich it, and even what feeds the whole world as it did in the past. What Egypt really needs is the implementation of the system of Islam (the Khilafah), to prove its ability with its correct view of money, wealth and property, it puts the gold and silver basis as a substitute for all those papers that have no value, so the currency of the state has value in itself, there are no usurious loans, no inflation, and no floating at that time, and the property is divided as divided by the Almighty (public ownership, individual ownership and the state’s ownership). And it shows out that the buried wealth, including oil and its derivatives, are all public property that the state is not allowed to dispose of by selling, leasing, gift, giving exploration concessions and so on. Rather, the state must supervise its extraction by itself or by hiring someone to perform this work on its behalf. And thus blocking the way for Western companies plundering that wealth, and the state is not allowed to sell this wealth to the subjects as it is within the public property owned by them, but rather it must work on dividing this wealth or its proceeds among the members of the subjects equally, regardless of religion, color, race or sect.

This is the reality of the wealth that the West plunders with its loans and companies, and the regime deliberately neglects it, guarding and enabling wealth thieves and silencing all the mouths that demand it.

O Loyal Ones in the Kinana Army: Had this regime not been safe from your side and guaranteed your silence, it would not have dared to carry out such acts, nor underestimate Egypt and its people, nor would it have neglected its rights and wealth, and that with your silence you fail the people of Egypt in a place where you must support them, so prepare yourselves to be questioned by Allah the Almighty before His Prophet (saw), or take sides with your Ummah and support it and support your Deen by cutting the ropes of this regime and its obedience from your necks, and work with it to establish a state that cuts off the hands of the West that are tampering with the country, closes the doors of loans and the scourge it brings, and restores Egypt as a shield for the Ummah as it was.

There is no alternative in front of you but the Khilafah (Caliphate) upon the method of the Prophethood that will establish in you the justice and equity that you want and that will revive you and revive your Kinanah and restore it as it used to feed the world. This project is only carried by Hizb ut Tahrir, so be of help and support for it, and carry with it this great project, for in it is your goodness and your honour, and in it is your salvation and the salvation of your Egypt and your Ummah, and you will remember what we say to you, and we entrust our affairs to Allah.

“Had the people of those societies been faithful and mindful ˹of Allah˺, We would have overwhelmed them with blessings from heaven and earth. But they disbelieved, so We seized them for what they used to commit.” [TMQ Al-A’raf:96]