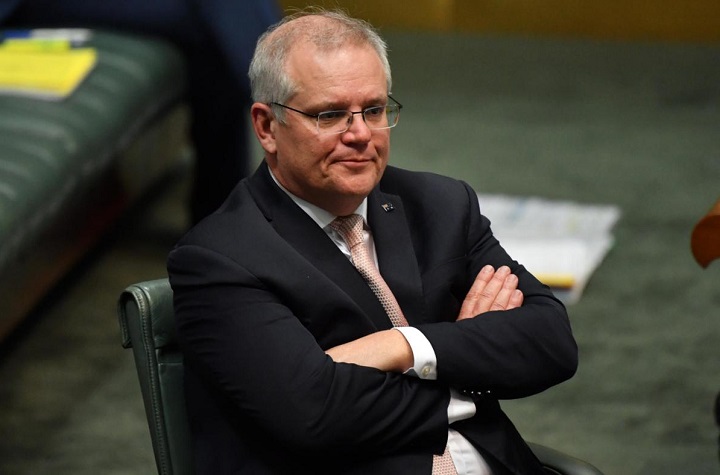 It was revealed this week that former Australian Prime Minister Scott Morrison secretly took on powers for five other cabinet positions while he was heading the government. According to the Guardian:

The prime minister, Anthony Albanese, says Scott Morrison was appointed to five additional ministries, including Treasury and home affairs, labelling his predecessor’s actions an “unprecedented trashing of our democracy”.

The previous home affairs minister, Karen Andrews, has called for Morrison to resign from parliament following the revelations, but the opposition leader, Peter Dutton, is standing by his former leader.

Ken Wyatt, another former cabinet colleague, has criticised Morrison for not respecting cabinet as a “key instrument in the Westminster system”, but called for him to stay in parliament so he can be held accountable.

“It is disappointing for our democracy,” Wyatt said. “I was just blown away, I had absolutely no knowledge of it.”

In the democratic system, government is conceived of as being run by a collective body, the cabinet, and not by a single head. The phrase ‘First among equals’ is used to describe the role of the Prime Minister in particular.

Each minister is theoretically considered to be an independent ruler of his own ministry. In democracies, the authority of the executive branch is also constrained, with an independent judiciary and independent legislature designed to balance them. The idea of the separation of powers was first advanced by the French philosopher Montesquieu in the 18th century, who attacked the French king by comparing him to the Ottoman Caliphate. According to Montesquieu, to give power to a single ruler is despotic; instead power should be shared amongst many in government, and ‘checks and balances’ developed to ensure that government leaders remain loyal to the public.

This notion, of course, contradicts human nature. All collective efforts need a single individual to lead and coordinate them, whether a government, an army, a business, or others. So, despite the theory, many prime ministers and presidents do end up becoming all-powerful leaders. Furthermore, ‘checks and balances’ actually work to empower vested interests outside the government. Real accountability comes from giving full authority to a single individual ruler so that the public know exactly whom to address for all of their issues.

In Australia, there is a further complication, which is its foreign domination by America and Britain. In the 20th century, the right-wing Liberal Party remained pro-British while the left-wing Labor Party was pro-American. But in the 21st century, the US-UK conflict has extended within each party, as can be seen in the struggle between Kevin Rudd and Julia Gillard in the Labor Party, and the struggle between Malcolm Turnbull and Tony Abbott in the Liberal Party. Scott Morrison was a compromise candidate in the latter struggle. It is this internal factional struggle faced by Morrison that forced him to arrogate the powers of other ministers to himself.

Western concepts such as democracy and the Westphalian nation state have deluded mankind. In reality the world is not composed of numerous independent states; the world order is dominated by a handful of great powers that make most of the decisions for the rest of mankind, those great powers themselves dominated by a select elite. It is really this that explains the gross levels of inequality and exploitation in the world today. But with the permission of Allah (swt) the Muslim Ummah shall soon arise and re-establish the Islamic Khilafah (Caliphate) State on the method of the Prophet (saw) that shall unify the lands of Muslims, liberate their occupied territories, implement the Islamic sharia, restore the Islamic way of life and carry the light of Islam to the entire world. The Khilafah State shall implement the Islamic ruling system in place of Western notions of democracy and dictatorship, wherein the Khalifa will be contractually bound to implement Islam by the pledge of obedience that he takes from the Muslim Ummah. The Khilafah State shall, almost from its inception, join the ranks of the great powers on account of its great size, immense population, vast resources, unparalleled geography and unique Islamic ideology. As such it will be in a position to challenge the Western-dominated world order and expose its ugly reality to all humanity. The Messenger of Allah (saw) said, in a hadith reported by Thawbaan (r.a.) and collected by ibn Maajah:

“Allah brought the corners of the earth together for me, so I saw its eastern and western parts. The dominion of my Ummah will definitely reach as far as what was brought together for me.”

According to the BBC:

Chinese President Xi Jinping visited the northeastern province of Liaoning on Tuesday, state media reported, as he and other leaders emerge from a two-week absence from public activities, suggesting they had been at their annual summer conclave…

Before Wednesday, there were no state media reports on Xi’s activities for two weeks – typically his activities are covered on a near-daily basis – an indication that he and other top leaders had held their traditional secretive summer gathering at the seaside resort of Beidaihe east of Beijing.

Visitors to Beidaihe and residents have said security had been especially tight there in recent weeks.

This year’s Beidaihe conclave would be especially important, as leaders are expected to have deliberated on personnel moves ahead of the ruling Communist Party’s once-in-five-years congress to be held later this year.

Premier Li Keqiang also re-emerged this week after a fortnight’s absence from public activity. He visited the southern city of Shenzhen and held a video conference on Tuesday on the economy with leaders from some of China’s largest provinces.

Western media likes to portray Chinese President Xi Jinping as a dictatorial ruler imposing his will on the Chinese people. The West has always portrayed its opponents in this way since Montesquieu did this with the Ottoman Sultan, as mentioned above. But the reality is that China is beset with internal factions like other countries. In China’s case there are two factions each led by President Xi Jinping’s immediate predecessors, the elitist and urban Shanghai Clique led by Jiang Zemin, and the populist and rural Communist Youth League led by Hu Jintao. China’s two factions both came together to agree on Xi Jinping’s appointment a decade ago. And both factions must come together now to secure Xi Jinping’s third term in office that is expected to be announced at the five-year party congress later this year.

The prevalence of internal factions is a cancer for any ruling system. The Chinese factions came into being because of the adoption of presidential term limits by Chinese leader Deng Xiaoping before he died. Deng and his successors as president, Jiang and Hu, would formally exit their official role but remain powerful enough to cultivate their factions within government. Like checks and balances above, term limits are another device that are said to benefit the population but in fact just benefit an elite. The Khilafah State imposes no artificial term limits upon its ruler. He continues as long as he is capable of discharging his duties, and as long as he remains within the limits of Islam. The control on the Khalifa is Islam itself, whose unchanging Shariah is above manipulation by any ruler no matter how powerful. Additionally, however, the Khilafah State should work to build a strong, open, clean, public political atmosphere with vibrant political parties and dynamic representative assemblies so that those who are capable take their ideas to the Ummah instead of living in the shadows, attempting to manipulate the corridors of power. The Messenger of Allah (saw) has encouraged courageous political stances and resisting the abuse of power in a hadeeth reported by Jabir:

The master of martyrs on the Day of Resurrection is Hamzah ibn ‘Abdil Muttalib and a man who stands up to a tyrannical authority, commanding good and forbidding evil and he is killed for it.”