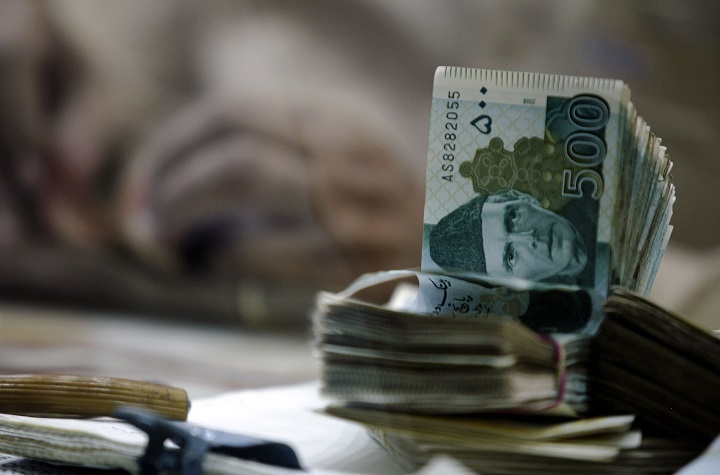 The country wide debate, from the masses to the people of power, has widened from the crash of the Rupee before the US dollar, and the use of Pakistan’s air space for American drones, to how Pakistan can become truly independent, whilst we bear grave losses to our economy, education, health and security. The long running excuses and claims of the current political and military leadership of Pakistan, ruling by other than Islam, are now exposed. It has said for decades that we must obey Americans, because we cannot survive, without their dollars. It thus supported the American occupation from 2001, then abandoned Occupied Kashmir from 2003, culminating in the surrender of Occupied Kashmir to Modi, in August 2019. For many years, until now, it has granted the American drones airspace, over our sensitive military installations, whilst they incite instability on the Durand Line. It has thus sided with the Americans for decades, burning us with compromises to our security and our economy. Our situation has worsened continuously, whilst the leadership insists that we have no other choice.

However, in reality, it is Pakistan’s leadership that is itself responsible for the dollar dependency, in the first place. It does not establish heavy industry, so that we can make our own machinery and engines, thereby ending the need for expensive imports. It does not establish the Khilafah, to unify the energy rich lands of Muslims, so we do not need expensive oil imports. It ties our currency and trade to the dollar, instead of Islam’s gold and silver currency. Thus, it drops a hammer on our feet and then says that limping is our compulsion! Is it not time for us to move for, or at least seriously consider, installing a new leadership that rules by the Noble Quran and the Prophetic Sunnah? Indeed, it is known to all of us that Pakistan, like the rest of the Muslim World, has been blessed by Allah (swt) with all manner of treasures, including energy, minerals, agricultural lands and a youthful population. All that it will take to improve our situation is a leadership that is sincere to us and our great Deen. However, without this, we can only expect ruin.

Indeed, after decades of economic loans from, and agreements with, the colonialist institutions, the IMF and World Bank, what has Pakistan’s leadership brought forth for us? It has converted our economy into a cash cow, for those who deal with interest. Most of Pakistan’s tax revenues are now spent on interest (riba), whilst Pakistan’s debt has soared, due to the injustice of riba. In 1971, Pakistan’s debt was 30 billion rupees, but from 2021 it has towered over 40,000 billion rupees. Thus, those who lend on riba, particularly the international colonialist institutions, are bleeding us dry, through the evil of interest. Yet, the current leadership are nothing but agents of America, caring only for its support for their thrones, whilst inviting war from Allah (swt) and His Messenger (saw), through persisting in the huge sin of riba.

Moreover, increasing debt comes with crippling colonialist demands, which Pakistan’s leadership implements, regardless of our suffering. It privatizes our energy and mineral resources, diverting large potential revenues from the state treasury, into the pockets of private companies. It increases taxation, and axes subsidies, crippling our industry and agriculture. It oversees the constant weakening of the Rupee, which drowns us in an unrelenting storm of inflation. Economically, clearly, there is a leadership crisis, which will only be resolved by the Islamic economic system, that is to be implemented by the Khilafah Rashidah.

As for military alliance with the US, it has been disastrous for Pakistan. Pakistan’s weaponry has a dangerous dependence on American supplies. Agents for the US are identified and recruited through foreign military training. Military secrets are disclosed through close military contact. The entire alliance is skewed towards the major colonialist power, the US, resulting in exploitation of Pakistan’s military, intelligence and air space, for US regional objectives. It is not enough to replace the US, a colonialist major power, with another major colonialist power, Russia or China, for a believer must never be stung by the same hole twice! It is also not enough to lament at the repeated betrayal of the US in the war of 1965, the war of 1971 and now, as it raises India as a regional hegemon.

Whilst Islam gives the wide military vision of liberating our occupied lands and opening new lands to the mercy and justice of Islam, the current leadership has ensured our division and weakening before our enemies, through clinging to nationalism, the nation state and the Western international order. Our military and intelligence has been denied its true role, reduced to a tool to steady the shaking thrones of the corrupt leadership, in the face of our growing anger. Indeed, it is the Khilafah alone that will have an independent foreign and domestic policy, based on Islam, ending the control of the Americans, once and for all. It is the Khilafah that will strengthen the Muslim World, by unifying it as one state. It will end all alliance with the hostile enemy states, such as the US, dealing with them on a war footing. It will build a substantial heavy industry, to end dependence upon foreign weaponry. The Khilafah will end all co-operation and sensitive communication with the confirmed enemies of Islam and Muslims.

Let us work with Hizb ut Tahrir, from now, to re-establish the Khilafah Rashidah, so we can finally have rulers that rule us, by all that Allah (swt) has revealed. Allah (swt) promised,

“Allah has promised those among you who believe and do righteous good deeds, that He will certainly grant them succession to (the present rulers) in the land.” [Surah an-Noor 24:55].

Indeed, the re-establishment of the Khilafah (Caliphate) on the Method of the Prophethood will only come through the Nasr of Allah (swt), that is extended to those who believe and work for his Deen. So work with Hizb ut Tahrir for the re-establishment of the Deen of Allah (swt), as a constitution and a state. Certainly, there will be no change until the Khilafah (Caliphate) on the Method of Prophethood is re-established, through a movement led by Hizb ut Tahrir.

The Messenger of Allah (saw) personally demanded Nussrah for the Deen from the men of war, asking,

“Do your people have strength?”

So, after the Second Aqabah Pledge of Nussrah, the troubled Yathrib became the powerful Al-Madinah Al-Munawwarah, a state which then extended the Dawah to Islam to the major world powers of the time, as a prelude to Jihad, to remove material obstacles in the way of legions of people, who willingly embraced Islam. Grant your Nussrah now for the re-establishment of the Khilafah (Caliphate) on the Method of Prophethood. Nussrah is your Shariah duty, O Soldiers of Allah (swt), so grant it now to Hizb ut Tahrir.