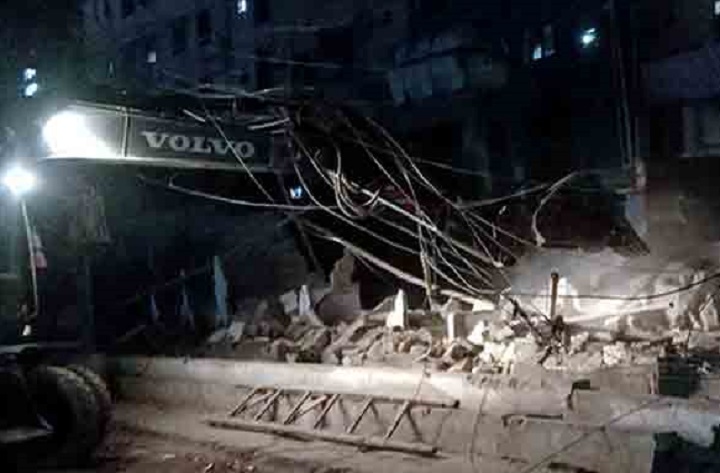 Pakistan’s Supreme Court on 27 December ordered the destruction of the twenty-five-year old Madina Masjid on Tariq Road, Karachi, that is used by thousands of worshippers, five times a day. The secular judiciary arrogantly and insensitively ordered the destruction of one of the houses of Allah (swt) to restore a park upon which it is built, on the grounds that it is an “illegal mosque.” Indeed, Democracy, with its secular judiciary, which does not rule by all that Allah (swt) has revealed, is alien to the aspirations and priorities of the Islamic Ummah. Allah (swt) said,

“Who does more wrong than those who prevent Allah’s Name from being mentioned in His places of worship and strive to destroy them? Such people have no right to enter these places except with fear. For them is disgrace in this world, and they will suffer a tremendous punishment in the Hereafter.”
[TMQ Surah Al-Baqarah 2:114].

Whilst building huge, lavish Hindu temples and Sikh gudhwaras on state expense, Pakistan’s secular and liberal government neglects its duty to fully fund easily reached, spacious masajid. This is at a time when many Muslims must perform the Salah of Jumaah on the streets, due to the lack of space within the existing masajid.

Moreover, this flagrant neglect of the government compels the good Muslims of Pakistan to build and maintain masajid with their own hard earned money. This is at a time that many Muslims are forced into debt, due to the awful economic crises caused by the man-made system of Democracy. It is Democracy that strikes at our attachment to our Deen, whilst promoting the corrupt Western values that have destroyed the Western societies through hedonism, materialism and individualism. Democracy is the system that the kuffar colonialists left behind to trap us, after they oversaw the destruction of our Khilafah.

O Muslims of Pakistan! How long will we silently bear the afflictions that strike us and our Deen, one after another? Indeed, the knots of Islam are being untied due to the absence of the Khilafah, the system of ruling by all that Allah (swt) has revealed. The Messenger of Allah (saw) said,

“The knots of Islam will be undone one by one. Each time one bond is undone, the people will move to the next one (and adhere to that). The first bond to be undone will be ruling (al-hukm) and the last one will be prayer (al-salaah).”
[Imam Ahmad in his Musnad, al-Tabaraani in al-Mu’jam al-Kabeer, and Ibn Hibbaan in his Saheeh].

Indeed, the afflictions have now reached the knot of Salah, so is it not high time that we raised our voices?

We must turn our sights away from Democracy and strive for the ruling of Islam, the Khilafah (Caliphate) on the Method of Prophethood. It is the ruling by Islam that ensured the building of magnificent masajid that are still marvels in architecture until the present day, from the Badshahi Masjid of Lahore in the East to the Cordoba Masjid of Andalus in the West. It is the Khilafah that facilitated the Muslims in their Ibaadah, whilst paving the way for non-Muslims to enter the fold of Islam in droves. So let all those who are devoted to the Deen of Islam work earnestly for the restoration of the Khilafah.