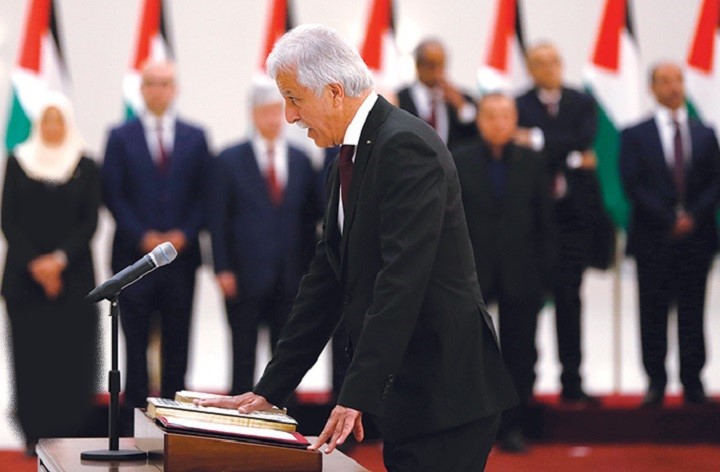 The Minister of Education of the Palestinian Authority, in Shtayyeh’s government, Marwan Awartani, imposed a dismissal sentence against Ustath Hussein Abu Al-Haj, on the basis of his answer to a student’s question about the difference between the banner of the Messenger of Allah, peace be upon him, and the flags of Sykes-Picot. It was stated in the extract of the decision (Based on Clause 10 of Article 68 of the Palestinian Civil Service Law, it has been decided to impose a penalty of dismissal against you as of 12/22/2021 for violating the regulations and laws. And the instructions in force in the Ministry of Education, which are that you take advantage of your position as a teacher to influence the national trends of students by spreading ideas that contradict law and order)!

This criminal decision is a blatant witness to the hostility of the security coordination authority, the occupation lords and the donor countries, to Islam and the banner of the Messenger of Allah (saw). It also affirms that this government, with its president, cabinet and minister of education, does not care about the religion of Allah, the Book of Allah, or the Sunnah of His Messenger (saw) which proves the extent of the hatred that fills their hearts towards this religion and towards the banner of Islam that enrages the unbelievers, the hypocrites, and those who are the most important, and subsist at their tables.

So perish to the authority and perish to the ministers who are enemies of the religion of Allah who sanctify the flags of colonialism and their hearts are attached to the French and the English, who created their flags and created their borders while they are hostile to the banner of our Prophet Muhammad (saw) and consider calling and promoting it a violation of law and order!

The people of Palestine are Muslims, who love Muhammad (saw) and love his flag, despite the disliking of the puppet authority. The authority, with its government and the Ministry of Education, is not authorized to tamper with the minds of our children except with a rope of occupation and colonialism who wants to raise a generation without values, that does not care about Jerusalem or the sanctities, is not jealous of its religion and honour, and sees the colonizer and the occupier as an example. And here we return the question to Awartani, what is the difference between the banner of the Messenger of Allah (saw) and the flags of Sykes-Picot? Or is he unable to answer?! Or will he be dismissed from his position if he speaks the truth and true words or what?!

Then what are the national trends that the Shtayyeh government and the Ministry of Education fear for? Is it rejecting resistance in the name of violence and criminalizing it?! Or is it the love of the Jews and the desire to end their “torments” in the name of peace?! Or is it coordination with the occupier who kills the martyrs, confiscates the land and demolishes the houses morning and evening?! Or is it the moral decadence and corrupting programs with which women’s institutions and Western associations invade our schools?! Explain to us your “national” trends that you fear and defend!!

“The wrongdoers will come to know what ˹evil˺ end they will meet.” [Ash-Shu‘ara: 227]