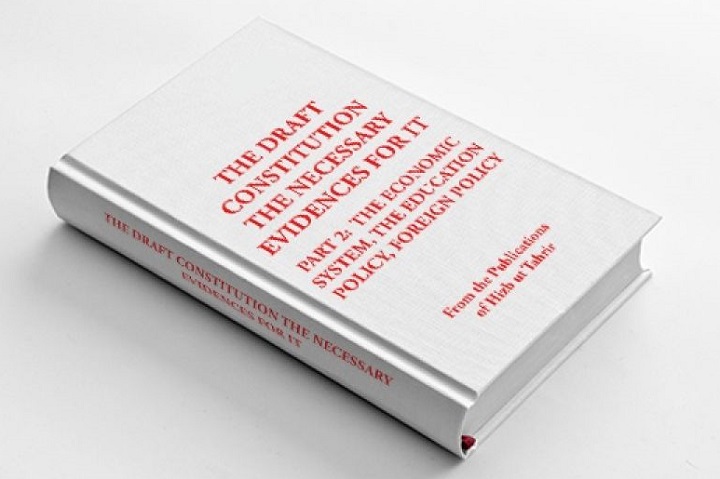 Following the US withdrawal from Afghanistan, debate over Pakistan’s region becoming the starting point of a global, unifying Khilafah, has intensified. This debate reflects the long-held, deep Islamic sentiments within the Islamic Ummah. The eyes of Muslims yearn for the unification of the Ummah as a single powerful Khilafah state, a shield against the aggression of the kuffar and a refuge for all oppressed Muslims. Today, the Muslims have turned away from the oppressive systems and laws that maintain the colonialist world order. The Islamic Ummah is indeed receptive to an Islamic constitution and state structure, which will naturally unify the Ummah and eradicate the oppression of the kuffar.

Hizb ut Tahrir has prepared the “Introduction to the Constitution” in two volumes, of 191 articles, with divine evidences for each and every article. It is a treasure for all those striving to restore the Islamic Ummah as the best amongst all peoples, through the establishment of the Khilafah. It removes the ambiguity over the constitutions of some states, which claim to be Islamic, but are in fact un-Islamic constitutions. These invalid constitutions have not been adopted on the basis of the strength of Shariah evidences as Shariah rulings. Instead, they are based on the whims and desires of human-beings, in imitation of Western constitutions and canons, whether in Pakistan, Saudi Arabia or Iran.

Hizb ut Tahrir/ Wilayah Pakistan presents the “Introduction to the Constitution” to the Muslims in general and the politicians, military officers, ulama and journalists in particular. Careful study of the Khilafah’s constitution reveals the seriousness of Hizb ut Tahrir in its purpose, as well as its readiness and competence to rule the Muslims by all that Allah (swt) has revealed. The current states in the Muslim World are not only un-Islamic because their laws of economics and foreign policy are non-Islamic, but also because these states are non-Islamic in terms of their institutions and structures. No attempt to implement the Islamic law under the existing state structures will ever give rise to the Khilafah. The Khilafah is neither a monarchy nor a democracy. It is neither a dictatorship nor a theocracy. Thus, the current state structures must be abolished and Islam implemented radically in their place.

O Muslims of Pakistan’s People of Power! Hizb ut Tahrir has made the necessary preparations for the establishment of the Khilafah, fulfilling its responsibility. Now it is your responsibility to take the hand of this sincere, capable and serious group, granting it your Nussrah, so that through the establishment of the Khilafah in the region, all the plans of the United States and its agents will be overturned. Only then will the Islamic Ummah have the leadership of a sincere Khaleefah, who will answer the call of the oppressed Muslims of Kashmir, Palestine and China, whilst presenting Islam to the whole world through Da’wah and Jihad, as the only alternative to the corrupt Western capitalism.

“It is He (swt) Who has sent His Messenger (saw) with the guidance and the True Deen that He may make it prevail over all religions, even though those who associate others with Allah (swt) may detest it.” [TMQ Surah at-Tawbah 9:33]