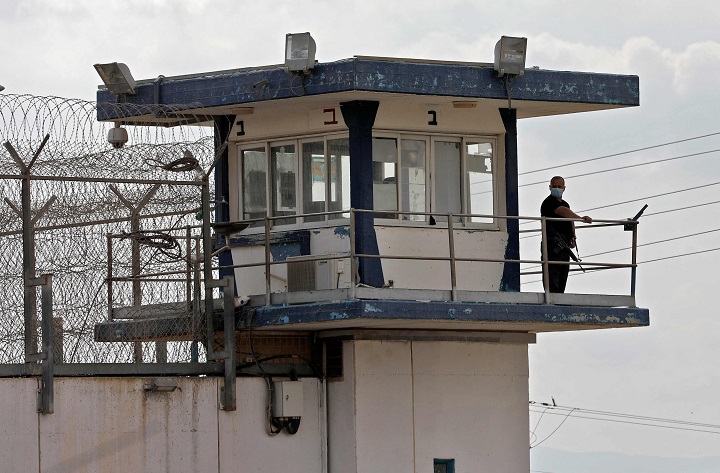 “Fight them; Allah will punish them by your hands and will disgrace them and give you victory over them and satisfy the breasts [i.e., desires] of a believing people”

The slap targeted by the six prisoners who liberated themselves from Gilboa prison; this powerful slap that exposed the Jewish entity and its fragile security system made the entire Islamic Ummah happy. An overwhelming joy entered the heart of every Muslim at the defeat of the Jews at the hands of six Mujahideen. They praised the heroism, determination, persistence and patience of these heroic Mujahideen. Shortly before that, the Islamic Ummah was pleased with America’s defeat at the hands of the Taliban. After twenty years, America failed militarily against the Taliban movement, and the patience and steadfastness of the Mujahid Afghan people and their refusal to submit to the American occupation which proves that the Islamic Ummah is as described by the Prophet (saw):

“The similitude of believers in regard to mutual love, affection, fellow-feeling is that of one body; when any limb of it aches, the whole body aches, because of sleeplessness and fever.”

But because the Arab media does not want Muslims to be as the Prophet of the Ummah (saw) described them as one body, all kinds of news websites focused on the issue of Palestinian prisoners. In its entirety, it describes the prisons, the extent of fortification in and around them, and the psychological, physical and health conditions of Palestinian detainees.

Here we ask: Who will save these prisoners? Thousands of prisoners, many of them sentenced to life sentences, and some of them suffer from incurable diseases, including children, who will set them free? And they are not the only ones who suffer from the oppression of the jailer, for the blessed land of Palestine is all occupied, and its people, since the Ottoman Khilafah (Caliphate) was demolished and Jews were brought in and occupied the land from all corners of the earth, have been living in a large prison, suffering as prisoners imprisoned in the narrow, shackled prisons of the occupation; injustice, oppression, poverty, confiscation of land, demolition of homes, and attacks on sanctities and mosques, foremost of which are the assaults and incursions into the Al-Aqsa Mosque, masra of the Prophet (saw).

All the people of Palestine long for freedom, and yearn to liberate it from the Jewish entity. Over the decades of the occupation, the people of Palestine have been steadfast and stationed, armed with the weapon of the Islamic faith, steadfast in the stability of the mountainous mountains, confident in Allah‘s victory and that it is inevitably coming. Allah the Almighty said:

But this steadfastness, being consistent, needs the strength of the weapon to increase its strength and steadfastness, and thus to liberate it. Who is able to free it from the clutches of the Jews? And who has the power and the ability to liberate the prisoners and the Masjid?

Palestine was under the occupation of the Crusaders for nearly a hundred years, and the liberation was at the hands of the heroic leader Salah al-Din al-Ayyubi when he led the Islamic armies and the country was liberated.

Liberation is in the hands of the Islamic armies, when led by the Khalifah (Caliph) of the Muslims, who raises the banner of jihad and liberates not only Palestine, but instead all the Muslim countries that suffer under the oppression of the Kafir and polytheists, who apply their rulings, laws and man-made legislation that contradict and is incompatible with the Islamic law.

Therefore, Muslims must put all their effort and sincerity if they love Allah Almighty and His Messenger (saw) and work with the sincere workers to resume the Islamic life by establishing the Khilafah Rashida (rightly-guided Caliphate) State upon the method of Prophethood. Only then will the real liberation occur, and then would be the great joy of victory, a liberation that restores honour and dignity to the Muslims, so that the Muslim can walk in his country safe and secure, not being chased or hiding, fearing treachery and betrayal from those who sold the country and the servants. There is no “security coordination” or spies! And if they are found, the Caliph of the Muslims will stand in the way of every traitor and agent.

O Muslims! Give support to Allah and Allah will help you and make your feet firm, be with Allah and He will be with you.

O Muslim armies! Are you not Muslims who believe in Allah and His Messenger (saw)?! Do your hearts not long for prayer in Al-Aqsa Mosque?! The people of Palestine are crying out for you, don’t you respond, help them, and support them?!

Who do the Muslims have other than Allah Almighty and then you, who believe in the Islamic faith, and you have the material power of weapons and equipment that fills your barracks; is there not a rational man among you?!

O Muslims, O armies! Respond to Allah when He calls you, as Allah the Almighty says:

“O believers! Respond to Allah and His Messenger when he calls you to that which gives you life. And know that Allah stands between a person and their heart, and that to Him you will all be gathered.” [TMQ Surah Al-Anfal verse 24]