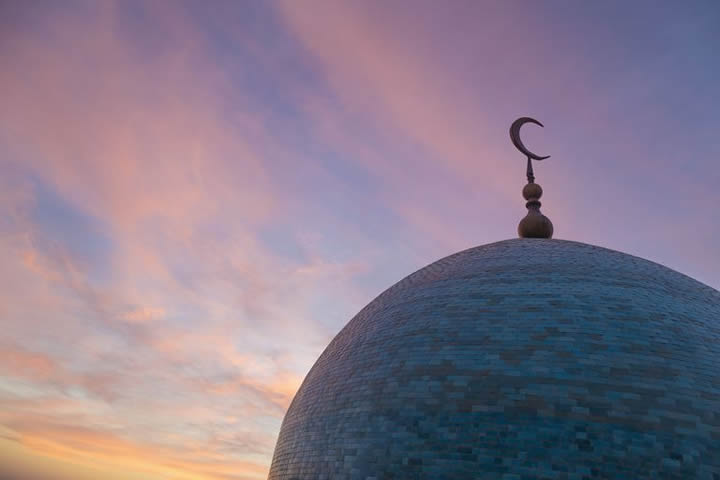 Question to our Ameer and our Sheikh, Ameer of Hizb ut Tahrir, Eminent Scholar Ata Bin Khalil Abu Al-Rashtah, May Allah (swt) protect him and grant the victory and glory of Islam by his hands and the hands of the believing group of the Shabab of Hizb ut Tahrir with him.

Our glorified Sheikh, I have a question about the jurisprudential (Fiqhi) opinions of the four imams and other mujtahids who disagree with us regarding the adopted jurisprudential opinions in the party, which are included in what is called the jurisprudence of Ikhtilaf (difference). Example: ascertaining the fast (sawm) of the month of Ramadan through astronomical calculation, in which some ancient jurists, such as Ibn Sarij al-Shafi’i, said in detail his opinion, and other jurists such as Sheikh Ahmed Shaker al-Masri and Sheikh Mustafa al-Zarqa al-Halabi al-Hanafi, I think. The question is: How do we deal with opinions that are contrary to those adopted by us in the party, especially if they are of senior and diligent imams? For example, do we accept in the issue of ascertaining the fast by way of calculating the astronomy, that there are two opinions in the matter and that the opinion of the majority is that it is permissible and not obligatory, and we accept the saying that “Do not oblige me in a matter in which there is a disagreement among the jurists, and whichever I follow is permissible?”

I apologize for the long question, but please explain why the viewpoint was different, of course from my point of view, and “I apologize if I’m wrong”. Is the reason the closeness and distance of these rulings to the unity of the caliphate (Khilafah) unification of the view of it or otherwise?

May Allah bless you for your kind supplication for us, and we also pray the best and blessings for you.

The ruling derived from the Shar’i evidence with a correct Shar’i Ijtihaad is a Shar’i verdict upon its owner, and it is an Islamic opinion even if it contradicts the opinion which we say and the opinion we adopt, especially if this opinion is the opinion of a mujtahid of the imams of schools of Fiqh (madhabs) who are famous for their knowledge and piety, such as the Ijtihad of the imams of the four jurisprudential schools of thought and the Mujtahids of those schools. And we have shown how to deal with Fiqhi opinions that contradict the Fiqhi opinion that we adopt in more than one of the party culture books, and I quote for you from two positions what would be an answer to your question, Allah willing:

[Iman in Islam is different from understanding its rules and legislations. Iman in Islam is established through intellect or through evidences proven by intellect. Therefore, there is no room for any doubt, whereas understanding the rules does not depend on the mind alone but also on knowing the Arabic language, having the ability to make derivations and being able to distinguish authentic ahadith from the weak ahadith.Therefore, the da’awah carriers should consider their understanding of the rules as correct, with the possibility that they may be wrong, while the understanding of other people as wrong, with the possibility that they may be correct. This is in order to proceed with the da’wah for Islam and its rules according to their understanding and derivation of them, trying to change the opinions of others which they consider wrong, but could possibly be correct. It is totally incorrect for the da’wah carriers to view their understanding as if it is the opinion of Islam, rather they have to present their opinion as an Islamic opinion. The mujtahids who established the schools of Fiqh (madhabs) used to consider their deduction of the rules as correct, accepting the possibility of it being wrong. Each one of them used to say;إذا صح الحديث فهو مذهبي واضربوا بقولي عرض الحائط“If a hadith was correct then it will be my mazhab, and don’t consider my opinion.” Likewise the carriers of the da’wah should also consider their opinions which they adopt or derive from Islam in terms of their understanding of such opinions, as being correct but open to error….] End.

[… As for the entry itself, only Islam should be allowed to enter, a pure Islam that is flawless, for the Kuffar, the rulers and the politicians would attempt to introduce non Islamic thoughts to society under the name of Islam, in order to generate fluidity in society towards Islam itself. Therefore, Muslims should be fully aware about this issue, so they should attack any thought that contradicts Islam the same way any thought of Kufr would be fought for being a flagrant Kufr.

However, this attack should be aimed at the political or the legislative thoughts, i.e. on the thoughts related to the relationships in society which are subject of study by the state, the attack must take place when these thoughts are proposed or when they are ratified. An example of this is the “Prohibition of polygamy”, the “Legitimizing of co-operatives”, the “Participation in governments”, the “Affinity between the rulers of the states currently established in the Islamic world about the preserving of the status quo of each ruler”, the “Islamic League”, the “Raising of the living standards” the “Introduction of foreign capitals to the country” and the like. All these thoughts are non-Islamic, and they enter society on the basis that they are Islamic, or on the basis that they do not contradict Islam. These thoughts must be attacked and fought, and they must not be allowed to enter society, lest it caused fluidity in it.

As for the Islamic thoughts which contradict what the party has adopted, these would not be attacked, but the error in the understanding would be explained, and they should be declared as being Islamic opinions but carrying a weak evidence. For instance, there are some Mujtahideen who prohibit the Khalifah from being other than Qurayshi, or from “Aal Al-Bayt” (the Messenger’s (saw) family), while others regard it as prohibited for the woman to be a judge0 Some of them deem it permitted to hoard gold and silver once their Zakat had been paid; others also deem it permitted to lease farming land and the likes. These opinions are Islamic and they would not be prevented from entering society for they would not cause fluidity in society, simply because they are Islam, just like the opinions adopted by the party, and they are based on an evidence or a doubtful evidence. It would be sufficient to merely explain the error of these Islamic opinions.

However, the party would absolutely not carry in its magazines,leaflets and debates any opinions which contradict those which it had adopted. However, it would be permitted to publish opinions which the party had not adopted before as examples of the Fiqhi or the legislative understanding, without making any reference to their source, but by simply mentioning their evidences. This is for the opinions which the party publishes. However, if an Islamic opinion was published by other than the party, and this opinion contradicted the party’s opinion, this opinion would merely be discussed if this were necessary, otherwise the party would ignore it. By undertaking all these measures, the party would prevent the threat of fluidity from creeping into society. The battle between Islam and Kufr would continue until Kufr is vanquished and Islam becomes victorious.] End.

It is clear from what was quoted above that the Hizb does not deny others to say Fiqhi opinions that contradict what it adopts as long as they are derived through correct Sharia Ijtihad. If this is the case, it does not deny to them, but discusses these opinions with them and tries to convince them of the error of their opinions and the validity of its opinions which are based on evidence. It does not fight their opinions and does not attack them, but is content to explain their error, and allows their presence in society because they are Islamic opinions even if they are unlikely and their evidence is weak according to the party.

– An example of this is the saying that a woman’s face and hands are Awrah, and it is an Islamic Fiqhi opinion that some fuqaha (jurisprudents) and Mujtahids say, and we do not deny those who say it, but we call them to our opinion that the woman’s face and hands are not Awrah, and we show them with Sharia evidence the validity of our opinion, but we do not attack these opinions of theirs, and we do not deny them following them because they are Islamic opinions that were stated by Mujtahid jurisprudents.

– In conclusion, we do not attack any Islamic opinion stated by the respected mujtahids as long as it is deduced from Islam with Shar’I Ijtihad, but rather we discuss with them in the best way that our opinion is the right opinion and we mention the evidence and hear from them. But we stand firmly in the face of those who want to introduce non-Islamic opinions and mislead people with them while they are far from Islam the distance between the east and west! For it is not correct to have slackness in explaining the falsehood of these opinions, such as the saying that interest is permissible, and the saying that it is permissible to participate in the systems of disbelief and the rule by other than what Allah has revealed, and the situation has even reached them to say that reconciliation (peace) with the Jews and normalization of relations with their entity is permissible ﴿أَلَا سَاءَ مَا يَحْكُمُونَ﴾“Unquestionably, evil is that which they bear.” [An-Nahl: 25], and other similar opinions that have spread in our time. These are not derivedby a valid Shari’ah derivation. Rather, some of them clash with the definitive evidence from the Book of Allah Almighty and the Sunnah of the Messenger (saw), so such opinions are not considered Shari’ah rules or Islamic opinions, and those who say them are denied, and it is denied to take them, and they are fought and not allowed to exist.

I hope that this will suffice, and Allah is Most Wise and He Knows Best.