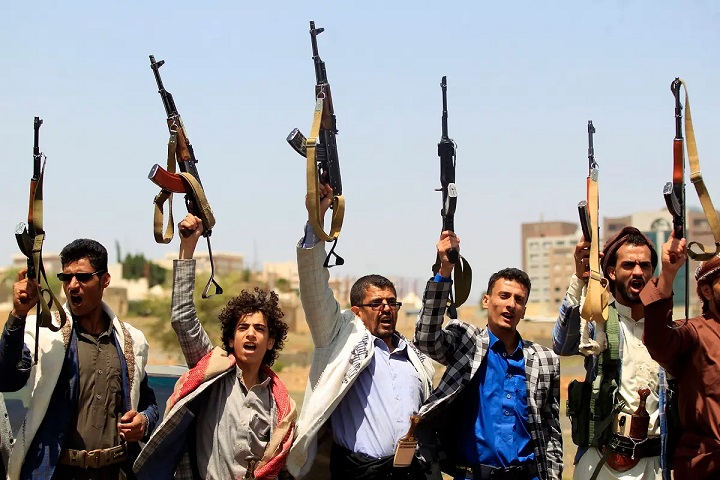 On 06/24/2021, Russia Today website published a statement by the US envoy to Yemen, Timothy Lenderking, in which he said that “Washington recognizes the Houthi movement as a legitimate party in Yemen.” The statement was followed by responses that forced the US State Department to publish tweets where she said, “We have seen some false media reports about recent statements by the US Special Envoy for Yemen Tim Lenderking regarding the Houthis and the conflict in Yemen,” and said, “The United States, like the rest of the international community, recognizes the government of Yemen, it is the only internationally recognized legitimate government in Yemen.” To add support for its envoy’s statement that “the Houthis control the people and lands in Yemen,” Lenderking explained, “No one can remove them from the conflict through wishful thinking, so let’s deal with the facts on the ground.”

It has become apparent that the US State Department wanted to cover up Linderking’s statements, which were clear, unambiguous and do not need further clarification. For seven years, since they entered Sanaa by force of arms, the Houthis have been waiting for someone to put on them the robe of legitimacy to rule Yemen or part of it, who else but America would put it on them? And why not, and she was the one who sent Jamal bin Omar to lead them into Sana’a and signed a peace and partnership agreement for them against Abd Rabbuh Hadi and those behind him?

US President Biden’s statements in his election campaign about the White House’s desire to stop the war in Yemen have become practical, and his envoy Lenderking’s pursuit in Oman has become apparent, amid the welcome of the rulers of Najd and Hijaz and their likes with America’s initiatives to end the Yemen war, amid the Houthis’ cheering and their welcome for American efforts to stop the war in Yemen. Although the followers are perplexed by the slogan “Death to America” unaware that it is just throwing ashes in their eyes, as it happened that this slogan was erased from the walls of the streets of the cities of Iran, after the throats were dried after thirty years of chanting it!

People were astonished at what Hizb ut Tahrir said from the very beginning that the Houthis are Americans, and that America came with them and stood behind them, to eliminate the British agent in Yemen, Ali Saleh, and uproot their influence from Yemen and replace it with its influence through its Houthi agents. Hizb ut Tahrir has repeatedly warned of the international conflict over Yemen between the old colonialists Britain and the new America, and who are the parties to the local conflict, and set out for the people of faith and wisdom how to get out of the danger of this bitter conflict by working with it to establish the second Khilafah Rashida (rightly-guided Caliphate) state upon the method of Prophethood, for it is the way to salvation from the struggle of the colonial powers over it. He (saw) said:

“Then there will be a Khilafah upon the method of Prophethood”
[Narrated by Ahmad from Nu’man bin Bashir, may Allah be pleased with him].