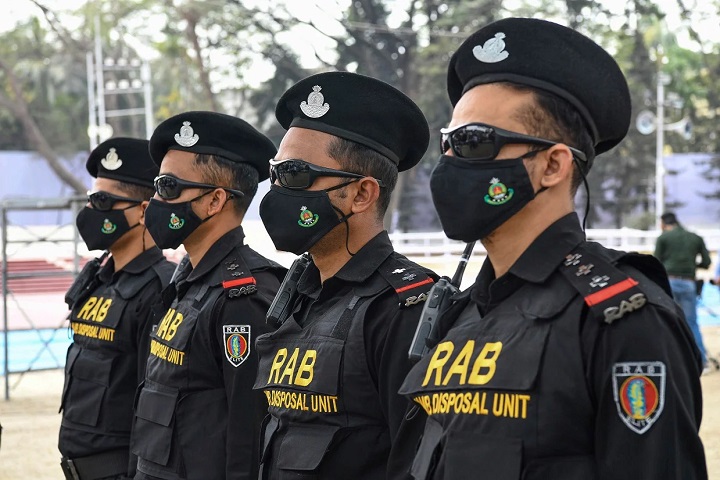 10 international human rights organizations, including Human Rights Watch, have called the UN and relevant countries to take final action, noting that the country’s government has failed to address widespread allegations of torture and ill-treatment in custody against Bangladesh’s security forces. The statement also stated that the brutal treatment of detainees by law enforcement and intelligence agencies, including beatings with iron rods, belts, and sticks; Electrical shocks to the ears and genitals, waterboarding, hanging from the roof, shooting in the legs, making loud noises near the ears or playing music and stripping naked. (June 26, 2021, BBC Bangla)

Comment:
Requesting the UN and powerful Western countries to take action against the Bangladesh government regarding torture and ill-treatment in the custody of law enforcement agencies is nothing but mockery. Such calling is in fact to give legitimacy to the Western colonialist states that in fact give free license to the puppet regimes of the Muslim lands to torture its citizen. After the destruction of the Khilafah (Caliphate), the Colonialist states constructed the new world order by installing ruthless client regimes in the Muslim nation-states. These regimes in fact receive training from the colonial US, which is the mastermind of the infamous brutal torture program in the Guantanamo Bay prison to interrogate the so-called terrorist, most of them are innocent civilian, suspects. As a case in point, New York Times has reported on Tuesday (29/6/21) that four members of the Saudi hit squad that killed US-based journalist Jamal Khashoggi in 2018 had received paramilitary training in the United States that had been approved by the State Department. So the form of tortures on the detainees in the Muslim countries are nothing but direct export from America, which ensures that its client regimes can carry out such brutal programs to politically suppress the Muslims under various false pretexts. In addition, these Western-oriented human rights organizations along with the ones like UN act as mere façade on the ugly face of Western colonialist world order. Therefore, naturally they will not expose this crude reality of Western involvement in the Muslims lands and the real cause of this systematic torture.

On the other hand, Islam does not allow punishing any person in the form of torturing of any kind even if the accused is proven guilty. Messenger of Allah (saw) said:

“Allah would torture those who torture people in this world” (Muslim).

With the imminent return of the second Khilafah Rashidah (rightly guided Caliphate), its citizen, irrespective of their religion and race, will witness the complete eradication of this western phenomenon of torturing the detainees. Hizb ut Tahrir has explained this issue in Article 13 in The Draft Constitution of the Khilafah State:

“Every individual is innocent until proven guilty. No person shall be punished without a court sentence. Torturing is absolutely forbidden and whoever inflicts torture on anyone shall be punished.”