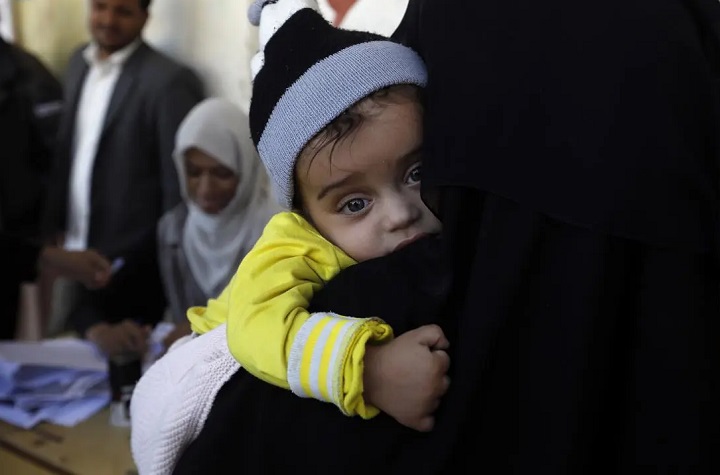 UNICEF announced that 10,000 Yemeni children were either killed or maimed since the start of the war in Yemen in March 2015 and added that many more child deaths and injuries go unrecorded and 11 million needed humanitarian assistance and about 400,000 suffer severe acute malnutrition while more than 2 million children are out of school.

The language of numbers, statistics and comparisons are almost endless under this war on Yemen and its people, similar to the wars and tragedies suffered by Muslims from around the world. Despite these horrific statistics for this human suffering, the world stands as a motionless spectator without doing anything to end this humanitarian disaster, while Yemen’s children pay a heavy price during this war which the country has been witnessing for six years, varied between the killings, and direct and systematic targeting that caused hundreds of children to become permanently disabled due to random missiles, landmines and targeting of schools and residential neighborhoods.

Six years of tragedies and humanitarian crisis, and to this day, there are no Muslim rulers, armies, state or international committees who have the political will to end this war that threatens the collapse of an entire generation in Yemen. This is while many countries and committees are preparing to celebrate World Children’s Day and display their achievements and gains, at a time in which childhood is violated in Yemen and the most heinous humanitarian crimes, contrary to the international and moral norms and local laws are exercised on it. So which hypocrisy does this world live in and what deception is practiced by these committees and organizations?

Furthermore, this paradox between Yemen’s children and the celebration of World Children’s Day gives a gloomy indicator of treachery, employment, recklessness, negligence and carelessness of these statelets and organizations. This is especially as we know that the capitalist system, its leaders, its governments and its organizations are the basic players in this conflict as they direct their puppies in the coalition countries or the Houthi militias of Iran and the Government of Abdrabbuh Mansur and the mercenaries of the Transitional Council to take advantage of bloodshed, causing misery to Yemen’s children in a clear model of the ugliness of the international system today and the brutality of the crimes it commits against our Ummah and specially in Yemen.

Nothing will whiten the pages of this bleak picture except the arbitration of Allah’s law on His land through the establishment of the rule of Islam under the Khilafah Rashidah State (rightly guided Caliphate), which is coming soon with the permission of Allah. And nothing will end this ugly capitalist system except the just system of Islam. And nothing will cause this misery of Yemen’s children to vanish except by living by Islam, which provides them food against hunger, makes them safe from fear and replaces their misery with joy and light.