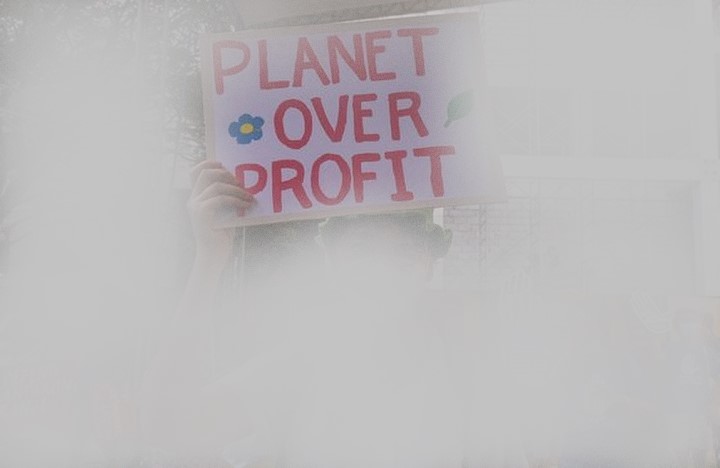 The UN COP26 Climate Change Conference is being discussed extensively, with analysts speculating over possible successes and some preparing the world for yet another failed UN conference. While the problems related to the environment and climate change have become widely accepted, a clear solution has yet to be found as countries and companies put economic gain at the forefront of their decisions.

In the US, coal companies and a number of states are openly fighting efforts by the Environment Protection Agency to monitor and regulate CO2 as a pollutant (the Conversation). Multi-national energy companies are also hesitant to accept any restrictions on their use of fossil fuels. In May 2021, Shell was told to cut its carbon emissions by a court in The Netherlands following a legal challenge by environmental groups; on 20th July the company said it would appeal against the ruling.

Apart from challenging legal rulings, we can also see that in the past, powerful businesses such the oil and coal industries have lobbied against treaties adopted in UN Conferences, such as the Kyoto Protocol. This creates a situation where change comes to a standstill, as companies that are willing to change fear a competitive disadvantage in situations where their government takes costly climate change action but others do not follow suit.

The goal of the COP26 conference is to make decisions about cutting greenhouse gas emissions which are said to be causing a rise in global temperatures with disastrous consequences on the planet. Governments are being called to commit to net-zero greenhouse gas emission targets, and the COP26 Presidency itself is calling for a commitment to rapidly phasing out coal.

The irony is that prior to the conference, fossil fuel and nuclear industries were signing up to attend. Shell, Chevron, Middle-Eastern oil companies, other fossil fuel firms, carbon traders, agribusiness and chemicals multinationals, all registered to join United Nations (UN) climate negotiations in May and June — as did the nuclear power industry.

The reason for this isn’t because they are worried about the environment – they attend the event to influence the policies.

“The likes of Shell are only at the UN talks to delay genuine progress and push false solutions like carbon markets and offsets via lobby groups such as Ieta…rather than slash industry emissions, these approaches allow firms to keep digging up and selling fossil fuels, which spells disaster for the climate.” said Corporate Europe Observatory’s researcher, Pascoe Sabido.

These companies have attended the conferences in the past but this year the organisers of COP26 in Glasgow didn’t give fossil fuel companies a formal role in the talks.

Does their lack of attendance mean that things will be different? Not necessarily…

The lack of attendance doesn’t mean the oil industry has lost influence over the conference and its outcomes. In the lead up to the crucial summit, a series of reports have made clear just how deep fossil fuel industry connections go, both with those organizing the conference, and the players at the negotiating table. (Time)

One possible avenue of influence is through the management consulting industry. For example, the Boston Consulting Group (BCG) will be the exclusive consultancy partner of the COP26. It’s unusual to have private sector involvement of any kind at that level in an international diplomatic conference. What’s stranger is the fact that the BCG claims to advise 19 of the world’s 25 biggest oil companies. (Time) This means that they will have a conflict of interest, which will impact their ability to seek solutions to the current environmental problems of any kind at that level.

These companies are also known for lobbying governments to ensure that the decisions are in the fossil fuel industry’s favor. There are already reports being leaked, which show that Saudi Arabia, Japan and Australia are among countries asking the UN to play down the need to move rapidly away from fossil fuels. These leaked documents are reports that are used by governments to decide what action is needed to tackle climate change, and the latest will be a crucial input to negotiations at the Glasgow conference. (BBC)

The politicians that are being called upon to solve the current climate change problems cannot be trusted. In the UK, Forty-three members of the House of Lords have a financial stake in the oil and gas industry (Open Democracy). In America, oil and gas companies, contributed more than $84 million to candidates running for the US Congress in 2018 (Source). And in June,a senior lobbyist from ExxonMobil, and a member company of the U.S. Chamber of Commerce, was caught on film admitting to working with U.S. senators to push an anti-climate agenda. (Climate-Xchange)

In the end, we need to remember that change with regards to the protection of the environment is not so simple within the Capitalist system which allows the dominance and influence of these multinational companies. They play a large role in the current capitalist system which allows them to manipulate international and government policy and laws based on their interests. They are involved in a variety of activities that are detrimental to the environment, but as many politicians and political parties are strongly connected to these companies and financially backed by them, only a complete ideological change will see any real solution.