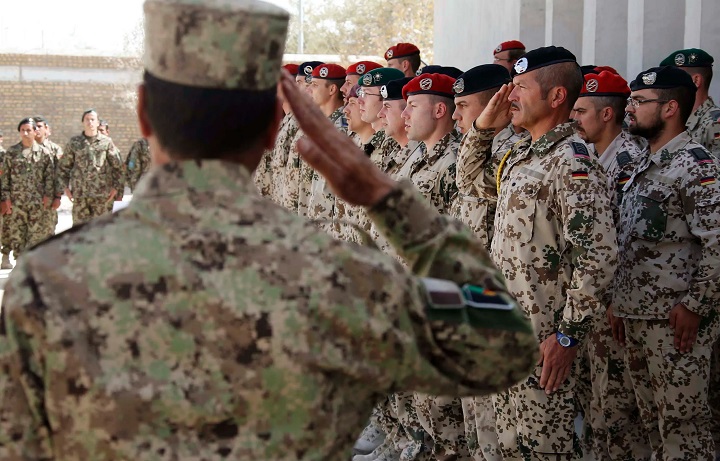 While the German Federal Council voted on 25 March by a majority to extend the German Federal Army’s duties for ten months in Afghanistan, a few weeks later the German Ministry of Defense informed the Federal Parliament’s Defense Committee that the expected withdrawal date had been brought forward to 4 July 2021. The withdrawal procedures officially began on Tuesday, 27 April. This shift in the German position to the contrary, as a result of the American initiative to withdraw from Afghanistan, proves once again the extent of unilateral dependency of the German security and foreign policy, and shows the urgent need to strategically reorient it, away from the structures of alliances and asymmetric alliances.

After the US government announced that the withdrawal date agreed upon with the Taliban was being thoroughly examined, the German Federal Government responded to this by submitting a request to the German Federal Council for the continued participation of the German army in the NATO-led Resolute Support Mission.

This request was approved on 25 March by an overwhelming majority, stating in its explanation: “Withdrawal under the current circumstances […] will pose a threat to the direct stability of Afghanistan and the region. The federal government is therefore seeking to continue the political principle that takes the situation on the ground into account, which links troop reduction to diplomatic and political security developments.” And now, after less than three weeks, US President Biden is turning to public opinion and declaring the following: “U.S. troops as well as forces deployed by our NATO allies and operational partners will be out of Afghanistan before we mark the 20th anniversary of that heinous attack on September 11th.” After NATO officially announced the end of the forces’ missions in Afghanistan on the evening of April 14, German Defense Minister Annegret Kramp-Karrenbauer issued a military order on April 15 announcing the end of the duties of all soldiers, reservists and workers in the federal army in Afghanistan. As she said, “This is the end of the most intensive and loss-making mission in the history of the German Federal Army after almost 20 years.” According to the order issued, the withdrawal of forces will begin on 1 May and will complete on September 11, 2021. Then, only five days after the order was issued, that is, on April 20, General-designate Bernd Schott informed the German parliament’s defense committee that the pullout date of all international forces was brought forward to July 4, 2021. With the handover of the protected area at Camp Pamir on April 27, the German Brigadier General Ansgar Meyer began the effective withdrawal of German soldiers from northern Afghanistan. According to an official report issued by the Dutch Ministry of Defense, the tasks of the German and Dutch combined forces in charge of training Afghan special forces have also been terminated.

Thus, the start of the withdrawal of German troops was contrary to the decision to extend the troops’ duties that was taken on 25 March, and this again demonstrate the unilateral dependence of German security and foreign policy on the US pivotal decisions. According to a spokesman for the German Defense Ministry, the planned withdrawal of the German army would put the German Ministry of Defense in the face of a logistical challenge, “which may force the army to leave behind or destroy weapons of security importance.” The US announcement to expedite the withdrawal to July 4 faced sharp criticism from the German parliament’s Defense Committee. Strack-Zimmermann, the official in charge of defense policy in the Freedom Democratic Party, said it was “just unworthy” to have to orientate oneself after 20 years on the question of the withdrawal to the symbolic holidays of the USA.

Left-wing defense politician Alexander Neu said, “Biden now wants to pull his boys out of Afghanistan on July 4th – two months earlier than planned. The federal government is faced with a fait accompli and the armed forces now have to see how they can make the impossible possible… So much for the transatlantic partnership on an equal footing.”

In addition to criticizing the unilateral action practiced by the US government, the decision to withdraw indicates a turning point in global security policy, in the words of Marcus Kaym, a leading member of the Institute of Political Science: “It means a kind of propelling in the opposite direction, that is, the end of conditional withdrawals”. So far, the following rule has been the case: We withdraw if conditions in the country permit. However, the current withdrawal is taking place without achieving the previous conditions. In sum, the current developments represent the final blow to the stage of foreign military missions, which is coming to an end in any case. With it, the selfish security policy phase begins, which will come within a framework dominated by censorship missions and limited military attacks. Given the weakening of the general frameworks for joint actions, Germany must evaluate the achievements objectively and without illusions.

Against this background, Hizb ut Tahrir in the German-speaking countries calls on the German government, once again, to dismantle its security and foreign policy from the current strings of dependency and to fundamentally reconfigure it. Instead of being a subordinate partner in asymmetric alliances to serve the interests of other countries. Germany should shape its relationship with Muslim countries on its own and reformulate this relationship based on positive historical contact points. In this regard, the Hizb advises the German government in particular not to participate in air strikes or limited military operations in Afghanistan, which may be implemented in the future from Kyrgyzstan or Uzbekistan, according to the preliminary estimates of the Central Command of the United States of America. The German government should also stop all initiatives and measures of financial and political support for the puppet Kabul government. Only by completely stopping colonial policies, in all their economic, political and security forms, will Germany be able to build a positive geopolitical relationship with the Muslim Ummah, this nationwhich will soon restore its political decision and defense capabilities in the Khilafah Rashidah (rightly-guided Caliphate) State.