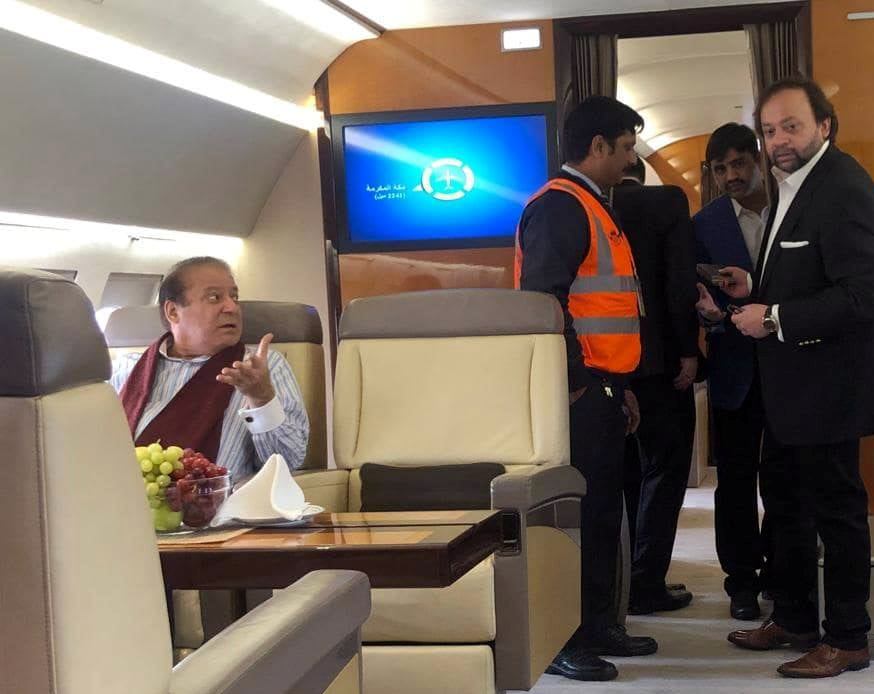 It is naive to expect Democracy to guarantee justice, denying unjust privilege to power elites, when its essence is compromise. The release from prison of convicted former Prime Minister, Nawaz Sharif, whilst granting him permission to fly abroad for treatment, is a clear case of Democracy’s protection of the power elite. Any who naively believed the rulers’ loud claims of “no NRO (National Reconciliation Ordinance)” for the corrupt power elite, can now feel the sting of their folly. Thus, Democracy grants the corrupt power elite get-out-of-jail-free cards, whilst many common prisoners die in jail through illness, some just awaiting trial without any conviction for years. Unlike the power elite, they are not satisfied to have their case disposed of within a single day, let alone being granted the privilege of treatment abroad, with a flimsy, loop-hole ridden, paper promise to return.

Democracy is founded on compromise of principle and truth. European intellectuals who denied the existence of God and the authority of the Church, were granted the compromise deal of limiting religion to places of worship, without ever settling the fundamental matter of the existence of a Creator. Through compromise, the sovereignty of God’s law was thus transferred to power elite, who hid behind exercising sovereignty in the name of the masses. Whether Presidential or Parliamentary, Democracy now ensures power, privilege and wealth progressively concentrate within an elite ruling group, which fools the ruled with the lollipops of equality and representation of the masses. Democracy grants privilege to the power elite and Pakistan’s history is littered with examples, such as the 17th and 21st constitutional amendments, the National Reconciliation Ordinance (NRO), immunity for the President, Prime Minister and governors and privilege motions for the members of the assemblies. Above all, public representatives wield the power to declare any action as legal or illegal, thus allowing usury, taxing of the poor and allying with enemy states, compromising state security, whilst fighting foreign wars for dollars.

Like its democratic predecessors, the Bajwa-Imran regime has granted privilege to the corrupt, having granted outrageous privileges and crushing concessions to both Trump and Modi. Democracy is a system of compromise, which bends before the powerful and tramples on the weak. In Islam’s ruling system, the Khilafah, far from being sovereign and granting privileges, therefore all the rulers and representatives are subject to the commands of Allah (swt) and His Messenger ﷺ. RasulAllah ﷺ said, «وَايْمُ اللَّهِ لَوْ أَنَّ فَاطِمَةَ بِنْتَ مُحَمَّدٍ سَرَقَتْ لَقَطَعْتُ يَدَهَا» “By Allah, if Fatima, daughter of Muhammad, were to steal, I would have her hand cut off.” (Muslim).  Thus, when the Khaleefah Rashid, Umar (r.a), limited the dowry to reduce the burdens of marriage, he took his decision back when a woman reminded him that Allah (swt) had not limited the dowry. Thus, the Khaleefah Rashid, Ali (r.a), lost a case against a Jewish citizen, accused of stealing Ali’s (r.a) armor, through Islam’s rejection of the admission of the witness of the son in the case of the father. Thus, the son of Amr ibn al-Aas (r.a), the Khilafah’s governor of Egypt, was punished with lashes upon the complaint of a non-Muslim citizen. Throughout the thirteen centuries of the Khilafah, the Islamic judiciary was a beacon of justice through its ruling by all that Allah (swt) has revealed. In the Khilafah, neither the elected Khaleefah nor elected members of the Majlis ul-Ummah, can change a single Hukm (Ruling) of Allah (swt). In the Khilafah, the Judge of Unjust Acts (Qadhi Madhalim) can reverse the decision of the Khaleefah, if it is not derived from the Quran and Sunnah. Clearly only the Khilafah (Caliphate) on the Method of Prophethood can end privilege for the power elite. Allah (swt) said, يَآ اَيُّـهَا الْاِنْسَانُ مَا غَرَّكَ بِرَبِّكَ الْكَرِيْمِ “O mankind, what has deceived you concerning your Lord, the Generous” [Surah Al-Infitar 82:6].