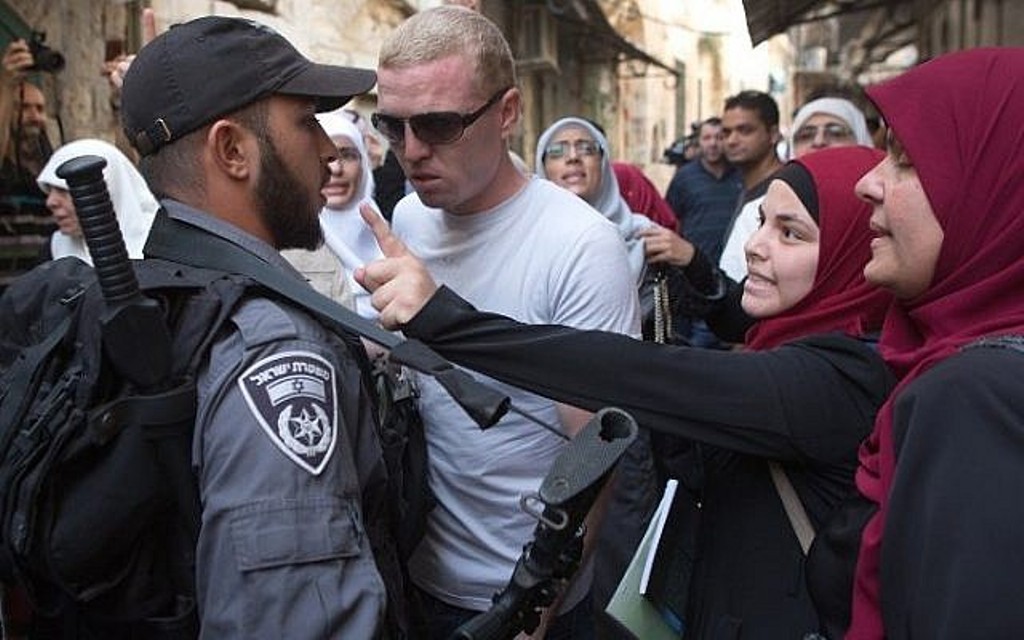 By Applying the CEDAW Convention and Amending the Personal Status Law

This decision, which the PA and the feminist associations try to dress up as a preservation of the family and alleviation of divorce cases in Palestine, claiming that women do not mature fully before the age of eighteen. This is a crime and its justifications are false pretexts, such as beautifying evil and obscenity by the devil. So they claimed it is out of caring for women and children, and they are the most people seeking to corrupt them; PA, women’s associations and suspicious bodies funded by the West exert every effort in working to corrupt society with festivals of dancing, singing, marathons and mixing events and break barriers between the sexes. That is, they aggravate instincts and fuel lusts at the same time they want to delay marriage itself! These associations are not ashamed to raise the slogan for women: (my body my possession) and the slogan: (I do not need your care, control, guardianship and honour), what more clear signs than this of pushing our sons and daughters towards immorality?!

The Palestinian Authority’s decision, and its sponsorship of the corrupt activities carried out by feminist associations and other institutions, is only a response to the enemies of Islam and the implementation of the sinful CEDAW Convention, which the PA endorsed in 2014, paving the way for the abolition of the Personal Status Law, which still contains some of the Shariah rules. This PA decision is a propulsion of moral decay and freedom to commit immorality and destruction of the family! This is a sinful crime that the British colonists, the occupying Jews, and the Jordanian regime did not dare to do before handing over this country, but the subjugated PA responded to it, to answer the colonial Kafir and the Conventions it has ratified.

And commit what no one has ever done before in the blessed land! With its crime, it is moving towards a civil law (devoid of the Shariah rules) that destroys the family and pushes society towards an animalistic western life in the relationship between men and women. Perhaps the statement of the Minister of Women’s Affairs in the Palestinian Authority (PA) reveals the blurring off the eyes of those who cannot see.  Amal Hamad, the Minister of Women’s Affairs, has explained that the move towards setting the age of marriage to 18 years for girls was in line with the signing of several international agreements by the State of Palestine, Hamad said in an exclusive statement to Al-Quds, “Palestine has recently joined the CEDAW Convention, which the Convention on the Rights of the Child is part of, and the age of childhood is 18 years.” (Al-Quds 30/7/2019).

The CEDAW agreement, which the government is proud of signing, aims at forcing the people of the world, especially Muslims, to adopt corrupt Western values ​​and the Western way of life in the relationship between men and women. The articles of this agreement leads to destroying the Shariah rulings of the Personal Status Law, including the abolition of the guardian in the marriage contract, equality between men and women in inheritance, abolition of male guardianship (qiwama) over women, equality in divorce and marriage and abolition of the period after divorce (I’da), prohibition of polygamy, allowing a Muslim woman to marry a kafir, and many other laws that remove Muslims away from their Deen and  removes the Shariah rules in relationships between men and women.

The PA did not stop at CEDAW but followed it in 2016 with the 2030 Agenda for Sustainable Development. This plan dates back to a resolution adopted by the General Assembly of the United Nations in 2000, and carried eight goals, with a period that extends to the year 2015. Then this plan was extended to 2030, and made it with seventeen goals that allow colonial countries to intervene in many areas of the people; even in their cultural and intellectual structure, which in fact are traps and colonial machinations that targets Muslims to make them deviate from their Deen. For example, the fifth objective of this plan emphasizes the enhancement of CEDAW outputs on women under the pretext of development!

They want to turn our women into cheap goods for display and pleasure, if they are suffer weakness they will be abandoned and when they are old they will be thrown out! They want a family that is not united by anything. They want us to have the life of diseases and epidemics that have invaded their country as a result of their animalistic lifestyle. They want to destroy what is left of manifestations of morality and purity in our societies, out of envy. وَاللَّهُ يُرِيدُ أَن يَتُوبَ عَلَيْكُمْ وَيُرِيدُ الَّذِينَ يَتَّبِعُونَ الشَّهَوَاتِ أَن تَمِيلُوا مَيْلاً عَظِيماً “Allah wants to accept your repentance, but those who follow [their] passions want you to digress [into] a great deviation” [An-Nisa’: 27]

O People of Palestine: The work to amend the laws and legislations is part of a campaign decided by the colonial Kafir, it is targeting the laws, educational curricula and the way of life, so that they reach their malicious goals by creating a generation that does not see anything wrong in surrendering the blessed land and abandoning its sanctities. Their main tool to achieve is the Palestinian Authority (PA) and the suspicious association, whose evils are too great to count, but we will exert every effort in exposing their actions and warn you of them.

O Judges, Muftis, Imams, Preachers, Notables and Influencers: You are aware of the size of the attack on Islam and its rulings, and you can feel  what became of the Muslim children as a result of corrupt policies …Isn’t it time you raised your voices in rejection to the PA corrupting policies and to protect your honour? Will you stay silent for long and you see the corrupting ones working to secularize our daughters and youth?! Do you accept that corruption prevails while you watch?! Do you accept that fornication prevails among the believers?! Take a stance that stems from your belief and speak the word of truth that pleases your Lord.

O our people in the Blessed Land: The PA that surrendered your land, handed you over to the Jews, plundered your wealth with no right, did not save your land, money or blood, and today it is targeting your honour! So what will be left for you if you are silent about its crimes and did not stand in the face of its corrupt and criminal policies?! We know that you are protective of your honour, caring for your sons and daughters, and you prefer to die than to see violations of your sanctity. So take a stance that will please Allah (swt) and His Messenger ﷺ and stand against the crimes of the PA and those behind it, and by the help of Allah you are capable of this. Save your children and families in compliance to the order of Allah (swt): يَا أَيُّهَا الَّذِينَ آَمَنُوا قُوا أَنْفُسَكُمْ وَأَهْلِيكُمْ نَاراً وَقُودُهَا النَّاسُ وَالْحِجَارَةُ عَلَيْهَا مَلَائِكَةٌ غِلَاظٌ شِدَادٌ لَا يَعْصُونَ اللَّهَ مَا أَمَرَهُمْ وَيَفْعَلُونَ مَا يُؤْمَرُون “O you who have believed, protect yourselves and your families from a Fire whose fuel is people and stones, over which are [appointed] angels, harsh and severe; they do not disobey Allah in what He commands them but do what they are commanded” [At-Tahrim: 6].

Finally, Islam is the real guarantee of decent living, and the Islamic rulings honor women, guaranteed their rights, safeguarded their honour and preserved their dignity. Islam has made taqwa (fearing) of Allah (swt) the foundation of the family. The taqwa of Allah governs the relationship between the man and his wife, it is the basis of the relationship between the parents and children.  By taqwa of Allah the family is built, and it will be filled reassurance and tranquility. We ask Allah to preserve the Deen, belief, honour of Muslims, men and women, and to remove from them the evils of criminals, and hasten His victory and relief; Khilafah Rashidah (Righteous Caliphate) on the method of Prophethood that will implement the Deen and stand as a solid barrier in the face of the enemies of Islam and the Muslims.

All Praise be for Allah the Lord of the Worlds