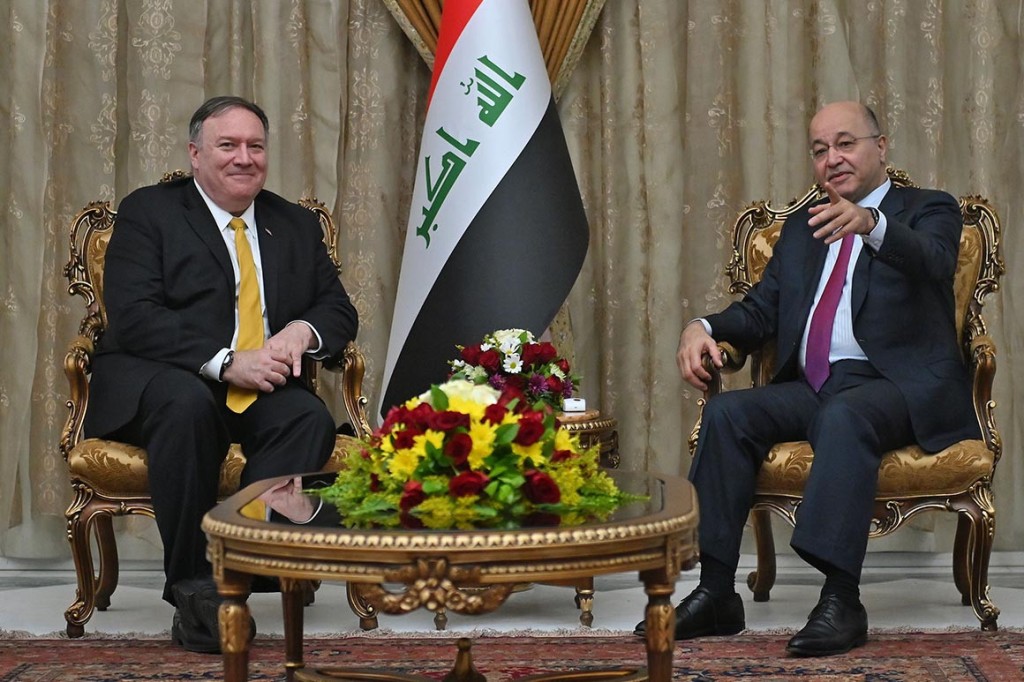 It simply would have been impossible for India to move to annex the state of Jammu and Kashmir without tacit permission by Pakistan, a formidable nuclear state that borders directly on India. But on Friday, Pakistan’s Prime Minister Imran Khan was criticising Indian policies in his virtual address to the United Nations. According to The Washington Post:

Khan said at the annual U.N. gathering of world leaders that Islamophobia rules India and threatens the nearly 200 million Muslims who live there.

“They believe that India is exclusive to Hindus and others are not equal citizens,” he said in a prerecorded speech to the U.N. General Assembly, which is being held virtually amid the coronavirus pandemic…

Residents of the heavily militarized Indian-controlled region of Kashmir say security forces have arrested thousands of young men, raided people’s homes, inflicted beatings and electric shocks, and threatened to take away and marry their female relatives. Thousands of protesters over the past year have been wounded by shotgun pellets, including hundreds blinded in one or both eyes. For seven months, until March, the area was under a communications blackout, with social media and internet access banned.

“The international community must investigate these grave violations and prosecute the Indian civil and military personnel involved in state terrorism and serious crimes against humanity,” Khan said.

In truth Pakistan and India are cooperating together against the Muslims of Kashmir, in order to terminate this issue by absorbing Kashmir into India. America wishes Pakistan to facilitate Indian confrontation against China, a rising power that threatens to encroach upon America’s strategic control of the Pacific Ocean. The cost to Pakistan is the sacrifice of millions of Muslims in Kashmir to the Hindu state, and the cost to India is peaceful relations with its giant neighbour; all in the service of American national objectives.

Imran Khan’s public pronouncements against India are not only intended to mask his complicity in Indian crimes. They are also aimed at drawing American diplomacy into the conflict, to create another entry point for American intervention.

The evil of our Muslim rulers shall soon stand fully exposed and the Muslim Ummah shall rise again, with Allah’s permission, overthrow this agent ruling class and restore the righteous Islamic Khilafah (Caliphate) State on the method of the Prophet ﷺ.

Trump Administration Working to Normalise Relations with Sudan before Elections

With US President Donald Trump behind in the polls, his administration is working hard to deliver multiple foreign relations spectacles in time for the November general election. Although Sudan has been under US control for decades, the radical political posturing of the American agent and former President Omar al-Bashir meant that America could not publicly acknowledge its relations with him. But while losing an important agent last year was a great loss for America, it did bring the advantage of opening the way for America to publicly restore relations with Sudan. According to The Hill:

The Trump administration is pushing forward on removing Sudan from the list of state sponsors of terrorism in a move that could set up the East African country to open relations with Israel and provide the president another foreign policy win ahead of the election.

But the breakneck pace at which the administration is hoping to secure a deal with the country has ramped up pressure on Congress, which is deadlocked over legislation that would see Sudan pay compensation to victims of terrorism in exchange for immunity from other terrorist-related claims.

And victims of terrorism — which include those injured and killed in the 1998 twin embassy bombings in Kenya and Tanzania, along with 9/11 victims — are also split over whether the federal legislation will hurt or harm their cases.

Yet the administration is pushing hard for Sudan to recognize Israel as part of Trump’s promise to deliver “five or six” more Arab or Muslim-majority countries establishing diplomatic ties with Jerusalem following signed agreements with the United Arab Emirates and Bahrain.

An agreement with Sudan would be a significant diplomatic achievement for Trump ahead of the election, given Khartoum’s history as the famed location of the “three no’s” resolution of the Arab League in 1967, which declared no peace, negotiations or recognition of Israel.

And Trump is looking to sell the breakthrough agreements in the Middle East ahead of the election, despite the international rejection of his proposed Peace to Prosperity plan as a solution to the Israeli-Palestinian conflict.

Secretary of State Mike Pompeo has said the administration plans to remove Sudan’s terrorism designation in mid-October, ending the country’s pariah status and allowing much-needed investment for Khartoum’s fragile civilian-military government, which was put in place a year ago after a grassroots revolution overthrew the 30-year dictatorship of Omar Al Bashir.

It is vital that we look beyond political posturing to realise the true nature of international political dynamics. Some of our rulers openly befriend America, and others publicly attack America while privately executing American instructions, even to the detriment of their own interests. The Muslim Ummah shall not regain control over her own affairs until she forces her rulers to commit to the Islamic ideology by re-establishing the righteous Islamic Khilafah (Caliphate) State on the method of the Prophet ﷺ.

As the attacks against US and other foreign missions and bases in Iraq continue, the United States is warning the Iraqi government that it will take action against the militias involved in the attacks if it fails to do so itself.

A source attending a meeting called by Iraqi President Barham Salih, attended by many Iraqi political and faction leaders, told Al-Monitor that Salih told the participants that he had received a letter from US Secretary of State Mike Pompeo warning Iraq that if the attacks against the United States do not stop, it will close its embassy in Baghdad and target all involved militias without distinction.

Former Iraqi Foreign Minister Hoshyar Zebari confirmed what the source had told Al-Monitor, when he wrote on Twitter Sep. 24, “Recent stern warning by @SecPompeo to #Iraq-presidency is the most serious threat to Iraq stability. #Iraqi leaders have to rise to the challenges posed by armed militia to target #US diplomatic & military installations. Iraq has to stop this carnage & act responsibly.”

Following the meeting, a fierce debate took place between a group of militias supporting the attacks against the United States and other foreign missions, on the one hand, and head of the Popular Mobilization Units (PMU) Falih al-Fayadh and head of PMU’s Fatah bloc Hadi al-Amiri, on the other.

Fayadh and Amiri took strong action against the militias, asking them to stop all attacks, since the United States has already started withdrawing its troops from Iraq. They warned them that US actions might include bombing the militias’ bases.

Moreover, it seems that Fayadh and Amiri are both afraid of getting on the US blacklist, especially as Prime Minister Mustafa al-Kadhimi is gaining traction at home and internationally for cracking down on militias not under state control.

The post-World War II dominance of America has not ended imperialism but only changed its form, from the overt empire-building of the European powers to the underhand empire-building of the American superpower that seeks to bring the entire world under its control. None of the present world powers have the ability to dislodge America from its position. It falls to the Muslim Ummah to arise, re-establish its state, liberate its occupied territories, unify its lands and resume the Islamic way of life. The strength of Islamic civilisation will inevitably push the Islamic State to the status of leading power in the world, a just witness over mankind, and an honourable guardian of all of humanity’s affairs.