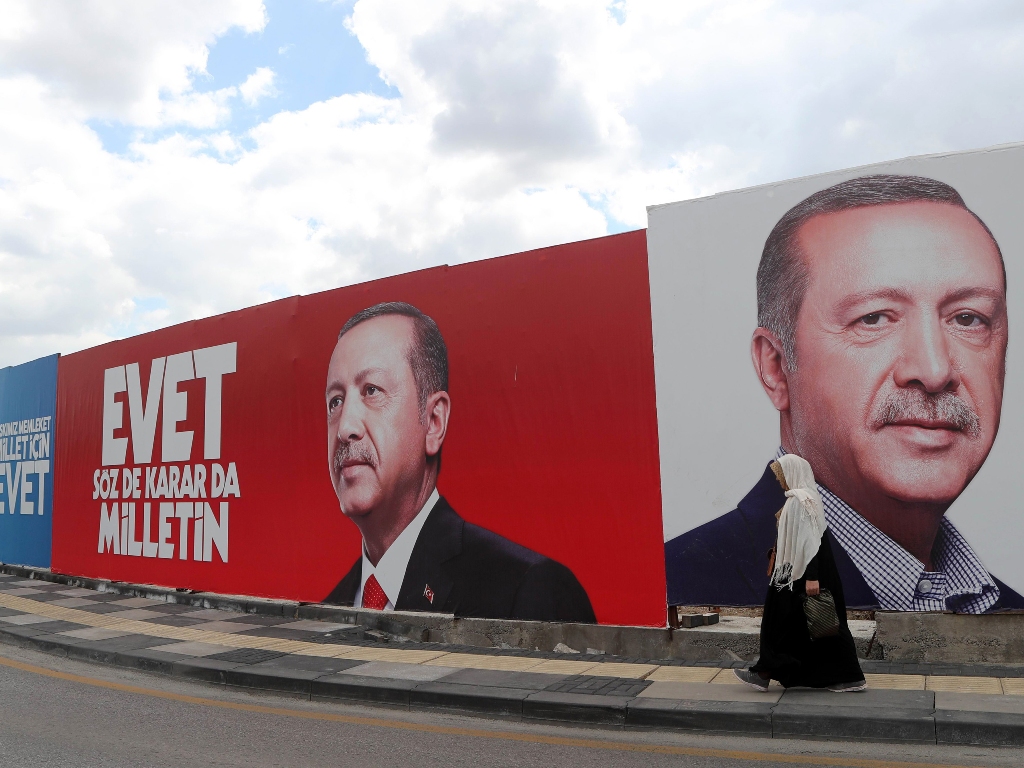 In his speech, Erdoğan stated the followings:

“Even if Europe and America are completely crashed down in the democracy and economy, we will continue to develop our nation in every field. We are determined to put up the same fight for our friends and brothers. Its name is the Turkey model. You cannot find such truthful democracy that is based on human values, righteous development goal, rooted right and justice example in anywhere else. Insha’Allah, we will build our 2053 model in line with this vision.” (Anadolu Agency, 17.09.2020)

“The mountain has brought forth a mouse” is a famous proverb in Turkey that is known by everyone. The meaning of it is: “a person from whom great things are expected is appeared with small thing or little result.”

Indeed, this proverb matches up with the political profile of President Erdoğan. Because Erdoğan, who is in power for nearly two decades, deem proper the democracy to Muslims, who support him with the expectation of the Islamic life, in the goal as far as 2053. And what’s more, he is doing this in the period in which he is solely controlling the institutions of the country and the media and moreover, he is doing this after the time he reached the power to open the Hagia Sophia to worship. In fact, the public opinion among the Muslims in Turkey was that the AK Party will make transition to the so-called Islamic system in 2023 which is the AK Party’s goal before 2053.

However, the mountain has brought forth a mouse and fusty democracy was put to play by Erdoğan and brought to Muslims with the new makeup which is the so-called “Turkey Model”.

In fact, this issue is the last link of the politics Erdoğan followed up to today, and not surprising for those following him with foresight and attention. During his rulership, Erdogan and his party did not take a single step that contradicts the principles of democracy. All activities both in domestic and foreign policy were carried out with the emphasis on democracy at the beginning and the end. All achievements gained through the help and sacrifice of the Muslims, especially the July 15 Coup Attempt, which was suppressed with Takbirat and Sela[1] were ruthlessly put in the belt of democracy. Furthermore, the ugly face of democracy was attempted to be shown as legitimate thing using fancy arguments such as the people’s right to choose their rulers and living freely, which are considered as profanity in Islam. Today, Erdoğan, by stating that disbelievers in Europe and America are implementing the democracy badly, is trying to bring the capitalist democracy, which is on the verge of death, to the life by manipulating Muslims.

As if the real source of the problem was not the democracy itself, which took the right of sovereignty from Allah and gave it to the helpless, deficient and flawed people. As if it was not the democracy that emanated poisonous laws such as the “Istanbul Convention” which destroyed the family and the generation. As if it was not democracy that pushed people into poverty and depression with economic policies based on interest and unearned income. As if the Islamic lands are not occupied and exploited in the name of democracy. As if the democracy is not a guardianship system imposed by force and deceit, which is contrary to the belief and culture of the Muslims. As if it was not the idea of democracy that destroyed the glorious state of Islam, lasted for 13 centuries, leaving the Islamic Ummah without a leader and Khalifah (Caliphate) and making it a putty in the hands of colonial disbelievers. As if the revolutions of the Islamic Ummah, which stood up against the tyrants of the West in Libya, Tunisia, Egypt, Yemen and Syria, were not stolen with democratic lies.

Despite all these facts, bringing the word democracy and humanitarian values side by side, talking about the justice and development on the basis of democracy, and trying to popularize the democracy among the Muslims is nothing but an abdication of reason. To put it more explicitly, it is wasting the Hereafter for someone’s world. Now, as the Ummah, we have to see the facts and question the rulers on the basis of the Quran and Sunnah, and respond to those who invite to the Khilafah Rashidah, not to the democracy.

[1] Call of Salawat from the mosque’s minarets in order to inform the Muslims, that something important (Jum’a prayer, Eid announcement, announcement of death, etc.) is happening or has happened, and that they should gather; mostly common in Turkey