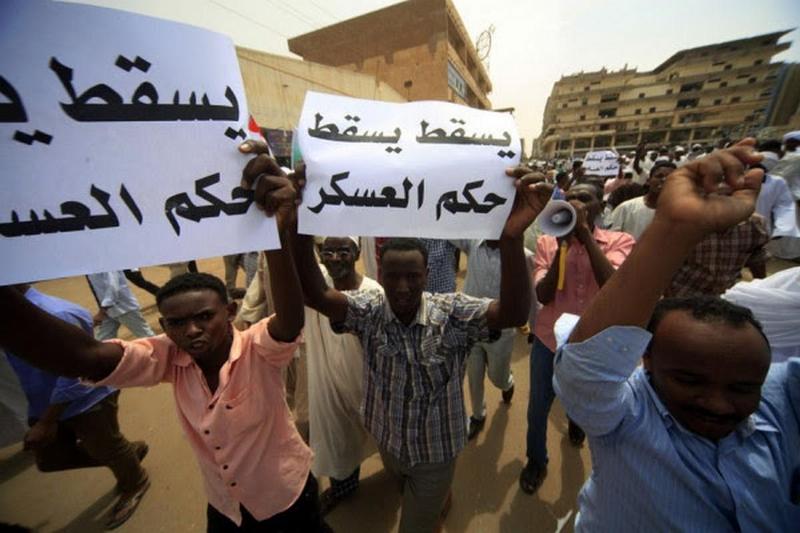 State of Emergency Declared in Sudan by Under-Fire President

Sudan’s president, Omar al-Bashir, has appointed a new prime minister, but left the country’s current defence, foreign and justice ministers in place following the declaration of a one-year state of emergency. Just hours after announcing that he would dissolve the country’s central and state governments, Bashir appointed new state governors who were all from the military, according to a presidency statement. Bashir, who seized power in a 1989 coup, said on Friday he would postpone pushing for constitutional amendments that would allow him to seek a third term in office. Facing genocide charges, Bashir’s rule has been rocked by civil wars and increasing street demonstrations. A heavy security crackdown has left scores of protesters dead. At least 57 people have been killed since December. “Our country is passing through a difficult and complicated phase in our national history,” Bashir said in a speech televised live from the presidential palace in Khartoum. “We will get out of it stronger and more united and determined.” In a rare acknowledgment, Bashir described the demands of the protesters as “legitimate” but said there were attempts to exploit the youth protests “to take the country to the unknown”. The state of emergency will give the security forces a free hand in cracking down on protesters and carrying out detentions and it places heavier restrictions on the press and opposition parties. The announcements were instantly met with street demonstrations, demanding Bashir step down. Witnesses said riot police fired teargas and arrested a number of protesters. [Source: The Guardian]

Bashir has ruled with an iron fist for thirty odd years, and his people are fed up of his rule. The Arab revolution that started with the fall of Ben Ali and claimed the scalps of Mubarak and Gaddafi has reached Sudan.

As he faces criticism from Western countries over the brutal murder of Saudi journalist Jamal Khashoggi, Saudi Arabia’s young crown prince Mohammed bin Salman (MBS) is forming new alliances. On Friday, the leader colloquially known as MBS arrived in China, another country accused of authoritarianism, to meet with officials there. He was greeted by China’s Vice Premier Han Zheng and signed key agreements with Beijing related to energy production and the chemical industry. During his visit, he also appeared to defend China’s use of re-education camps for its country’s Muslim population. “China has the right to carry out anti-terrorism and de-extremization work for its national security,” the crown prince was quoted as saying on Chinese television. China has detained an estimated 1 million Uighur Muslims in concentration camps, where they are undergoing re-education programs allegedly intended to combat extremism. The Uighur are an ethnic Turkic group that practices Islam and lives in Western China and parts of Central Asia. Beijing has accused the Uighur in its Western Xinjiang region of supporting terrorism and implemented a surveillance regime. Millions of Muslims are also allegedly being forced to study communist doctrine in the camps. “The Chinese government has long carried out repressive policies against the Turkic Muslim peoples in the Xinjiang Uyghur Autonomous Region (XUAR) in northwest China. These efforts have been dramatically scaled up since late 2016, when Communist Party Secretary Chen Quanguo relocated from the Tibet Autonomous Region to assume leadership of Xinjiang,” read a report from the organization Human Rights Watch. “There have been reports of deaths in the political education camps, raising concerns about physical and psychological abuse, as well as stress from poor conditions, overcrowding, and indefinite confinement,” the report continued. “While basic medical care is available, people are held even when they have serious illnesses or are elderly; there are also children in their teens, pregnant and breastfeeding women, and people with disabilities. Former detainees reported suicide attempts and harsh punishments for disobedience in the facilities.” Uighur groups called on Mohammed bin Salman to use his official visit to pressure China on the issue of the concentration camps, as Saudi Arabia has traditionally been a defender of the rights of Muslims worldwide. [Source: News Week]

Eager to embrace China’s rulers and investments, MBS quickly defended China’s use of concentration camps against Uyghur Muslims. Earlier in India, MBS called Modi the butcher of Muslims in Gujarat and Kashmir his “elder brother”. The custodian of the two holy masjids is in reality an apologist for the brutal treatment of Muslims at the hands of the disbelievers.

Army chief Gen Qamar Bajwa, during a visit to the Line of Control (LoC) on Friday, warned India against aggression, saying any misadventure would receive resolute response from his troops.  Gen Bajwa visited the LoC to review the state of preparedness and morale of the troops, a day after the National Security Committee authorised the armed forces to respond to any Indian aggression with full force. The top commander’s visit signalled the highest level of preparedness to the adversary. Speaking to the troops on the frontlines in Chirikot and Bagsar sectors, Gen Bajwa said: “Pakistan is a peace-loving country but we will not be intimidated or coerced. Any aggression or misadventure shall be paid back in same coin”. Meanwhile, military spokesman Maj Gen Asif Ghafoor, while addressing a press conference at the Inter-Services Public Rela­tions office, said in case India started aggression against Pakistan it would be surprised by the level of response it would get from the Pakistani armed forces. In a message directed at Indian military planners, the spokesman said: “Be rest assured, should you initiate any aggression. First, you shall never be able to surprise us. We are ready. In response we shall for sure surprise you.” His message for the Indian side was “don’t mess with Pakistan”. He said that Pakistan’s military capabilities were India-specific and the troops were battle-hardened after a long fight against terrorism. Maj Gen Ghafoor said unlike India which unleashed allegations soon after the attack, Pakistan denied the allegations of its involvement after conducting its investigations. “We are responding to India as a responsible state,” he said and recalled that Prime Minister Imran Khan’s statement on the escalation made an unprecedented offer to India by proposing dialogue on terrorism and other outstanding matters and offering cooperation in investigation of the attack. [Source: Dawn]

Kashmir needs liberation not dialogue with India. Pakistan has let the people of Kashmir for far too long and the time has come to teach Hindu state a lesson it never forgets.