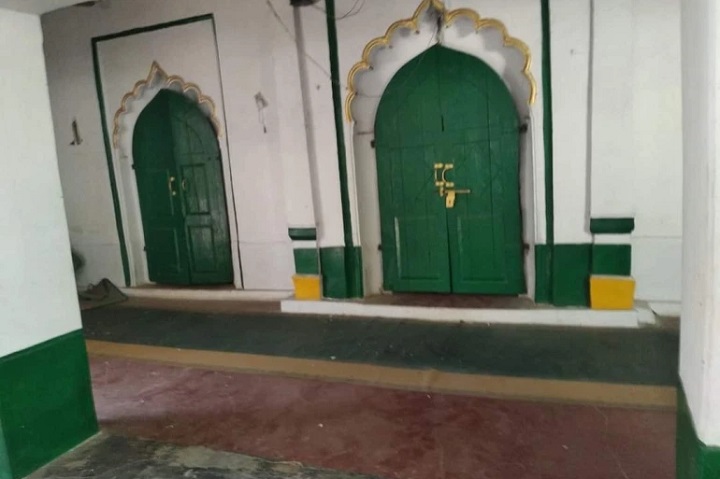 Egyptian mediators sought to reinforce a day-old ceasefire between Israel and Palestinian militants on Saturday, and aid officials appealed for a period of calm to start tackling a humanitarian crisis in Gaza after 11 days of fighting.  The ceasefire, which began before dawn on Friday, was still holding on Saturday evening, enabling officials to start assessing the scale of the damage. Despite confrontations between Israeli police and Palestinian protesters at a Jerusalem holy site on Friday, there were no reports of Hamas rocket launches from Gaza or Israeli air strikes on the Palestinian enclave overnight or on Saturday. Rockets fired by Hamas and other Islamist militant groups paralysed towns in southern Israel during the hostilities, and caused widespread panic, but did much less damage than the bombardment of the Gaza Strip. Palestinian officials put reconstruction costs at tens of millions of dollars in Gaza, where medical officials said 248 people were killed in the fighting. A senior U.N. official who toured the densely populated coastal enclave on Saturday warned of increased health risks and widespread despair after homes, roads and other vital infrastructure including hospitals were damaged or destroyed.  “Everybody just needs to stand down and not to engage in any provocative moves,” Lynn Hastings, U.N. Humanitarian Coordinator for the Palestinian territories, said in a rubble-strewn area of Gaza City where she spoke to survivors. After mediating the ceasefire with U.S. support, Egypt sent a delegation to Israel on Friday to discuss ways of firming up the truce, including with aid for Palestinians in Gaza, Hamas officials told Reuters. The delegates have since been shuttling between Israel and Gaza, and on Saturday met Palestinian President Mahmoud Abbas in the city of Ramallah in the occupied West Bank, an aide to the Palestinian leader said. A source familiar with planning said U.S. Secretary of State Antony Blinken would visit Israel and the West Bank on Wednesday and Thursday, hoping to build on the ceasefire. Mahmoud, however, has little influence in Gaza, which is ruled by Hamas. U.S. President Joe Biden said on Thursday that Washington would work with the United Nations on bringing humanitarian and reconstruction assistance to Gaza, with safeguards against funds being used to arm Hamas, which the West deems a terrorist group. The United Nations Security Council on Saturday called for “the full adherence” to the ceasefire and stressed the immediate need for humanitarian aid for Palestinian civilians. [Source: Reuters]

The ceasefire does not solve the issue of Palestine. What is required is for the Muslim armies to liberate all of Palestine from the illegitimate occupation of the Zionist entity. This can only happen through military action by sincere officers of the armed forces of the Muslim world.

Foreign Minister Shah Mahmood Qureshi told US lawmakers on Saturday that Pakistan was seeking a broad-based, strategic partnership with America, which would also cover Afghanistan. In virtual meetings with members of the House of Representatives and the Senate, the foreign minister invited a group of 15 US lawmakers to visit Pakistan in June for consultations with their Pakistani counterparts and officials on how to improve bilateral relations. During his meeting with the members of the House Subcommittee on Asia and the Pacific, Mr Qureshi stressed the need for “a broad-based strategic partnership” that looks after the interests of both countries, said a statement issued after the meeting. “Such a partnership will improve bilateral ties and will also help protect mutual interests within the South Asian region,” he said. Encouraging regional trade and development would also be good for US-Pakistan ties, he added. The foreign minister highlighted Pakistan’s efforts for promoting “a peaceful political settlement” in Afghan­istan. “Peace in Afghanistan is a collective responsibility of all Afghan groups and of key external stakeholders” he said. Members of the House Subcommittee appreciated Pakistan’s efforts for peace in Afghanistan and praised the role of the Pakistani-American community in promoting US-Pakistan relations, said another statement issued after the meeting. In a separate meeting with another group of lawmakers, the foreign minister discussed the importance of regional peace and security in South Asia and suggested strengthening people-to-people ties with the United States. Later, the foreign minister told journalists that he also discussed the Covid-19 situation with American lawmakers, informing them that the country had enough vaccines for now but may needed more to fight back the pandemic. Mr Qureshi suggested maintaining regular virtual contact with American lawmakers to keep them informed of the regional situation, particularly of the developments in Afghanistan. The foreign minister’s meeting with the lawmakers followed a congressional hearing on Afghanistan in Washington last week. During the hearing, several US lawmakers and America’s chief negotiator for Afghanistan, Ambassador Zalmay Khalilzad, discussed Pakistan’s role in the Afghan peace process. They also discussed a recent claim by Afghan President Ashraf Ghani that bringing peace to Afghanistan now was “first and foremost a matter of getting Pakistan on board” as the withdrawal of US troops would greatly reduce America’s influence in the country. “The US now plays only a minor role. The question of peace or hostility is now in Pakistani hands,” Mr Ghani said. Congresswoman Sara Jacobs, a California Democrat, read Mr Ghani’s quote during the hearing and asked Ambassador Khalilzad “what specifically are you doing to ensure” that Pakistan continued supporting the US peace plan? “I know there are challenges inside Pakistan, but I believe that Gen Qamar Javed Bajwa’s last visit to Kabul was positive. They have discussed some steps that the two sides will take … to improve bilateral relations…,” he said. Congressman Ted Lieu, another California Democrat and a former US Air Force colonel, asked if Pakistan was so important for the success of the Afghan peace process, why was it not being treated accordingly. “It seems to be disrespectful to not have invited the Pakistani leader to a climate summit (in Washington earlier this year) when the leaders of India and Bangladesh were invited,” he said. “Of course, you are right. Pakistan is an important country. We have had periods of great cooperation with Pakistan. And Pakistan has a critical role to play in Afghanistan going forward and in a number of other issues,” Ambassador Khalilzad replied.  [Source: Dawn]

Given America’s record of betraying Pakistan at every opportunity, it is the height of political naivety to ask for strategic ties. On the contrary, Pakistan must cut its ties with the US and pursue an independent economic and foreign policy.

In Most Inflammatory Action Since Babri Masjid Demolition, Indian Muslims Fearful as Another Mosque Razed

Fear has gripped the Muslim community in northern India after a local administration defied a court order and razed a century-old mosque in Uttar Pradesh. The demolition of the 112-year-old mosque in the town of Ram Sanehi Ghat in the Barabanki district was one of the most inflammatory actions against the state’s Muslim community since the razing of the 16th-century Babri Masjid by a Hindu mob in the neighboring town of Ayodhya in 1992. Despite a high court decision staying any kind of demolition until May 31, the local administration bulldozed the building on Monday after declaring it an “illegal structure.” “This was a mosque where people have been offering prayers for decades, and the demolition has sent shock waves among people fearing arrests and reprisals from the administration for resisting the action,” one of the mosque’s committee members, Mohammed Nasim, “What was the urgency to demolish it when the whole state is fighting a grim battle against the pandemic? he said. Uttar Pradesh, India’s largest and most populous state, is governed by Yogi Adityanath, a politician from the country’s ruling Bharatiya Janata Party (BJP), known for his anti-Muslim sentiment. The local administration denied any wrongdoing, saying there was no mosque at the demolition site. “I am not aware of any mosque being demolished,” Barabanki District Magistrate Dr. Adarsh Singh told Arab News. “It was an illegal residential property.” But Zufar Farooqui, chairman of the Uttar Pradesh Central Sunni Waqf Board, questioned the magistrate’s claim: “The mosque has been standing in front of the residence of the Subdivision District Magistrate for years. This cannot be denied. How did the mosque become an illegal structure? It is registered with Sunni Waqf Board.” On March 15, the district administration asked the mosque committee to clarify the issue of its ownership. The committee said it had submitted all the required documents and on the same day moved the high court fearing that the mosque might face “imminent demolition.” The court said the district administration was only seeking documentation. According to Lucknow-based political analyst Asad Rizvi, the demolition was “a planned attack on the mosque,” as Ayodhya and Barabanki are neighboring districts. [Source: Arab News]